Fishing continues to be good down on the East Cape.  We are still catching lots of football size tuna, with most boats landing limits by 10am on tuna.  The wahoo fishing continues to be one of the best we have seen in years, with anywhere from 1-10 wahoo coming in each and every day.  The tuna and wahoo have been about 30-40 miles out, which makes it about a 1 ½ to 2 hour run. Earlier in the month the fleet found a dead whale about 20 miles south of Palmas De Cortez.  Each day the whale drifted south and eventually became unreachable.  The whale held lots of dorado, tuna, wahoo and bonita.  Lots of fun while it was around. (see picture below).

We are also having a very steady billfish bit right now, with plenty of striped marlin, blue marlin and sailfish in the area.  The blue marlin bit has been one of the best in more than 5 years.  We are landing Blue marlin from 200-500lbs. each day for the last two weeks.

Inshore we are seeing some nice roosters up to 50lbs. this week.  Not a lot of people fishing roosters this week, but those who did had success.  Also Jacks and pargo have been landed inshore with some success.  The weather has been great with highs in the low 90’s and water temps. in the mid to upper 80’s.  That’s it for now amigos.  Hope to see you down on the East Cape soon!  Eddie Dalmau/Baja’s Van Wormer Resorts 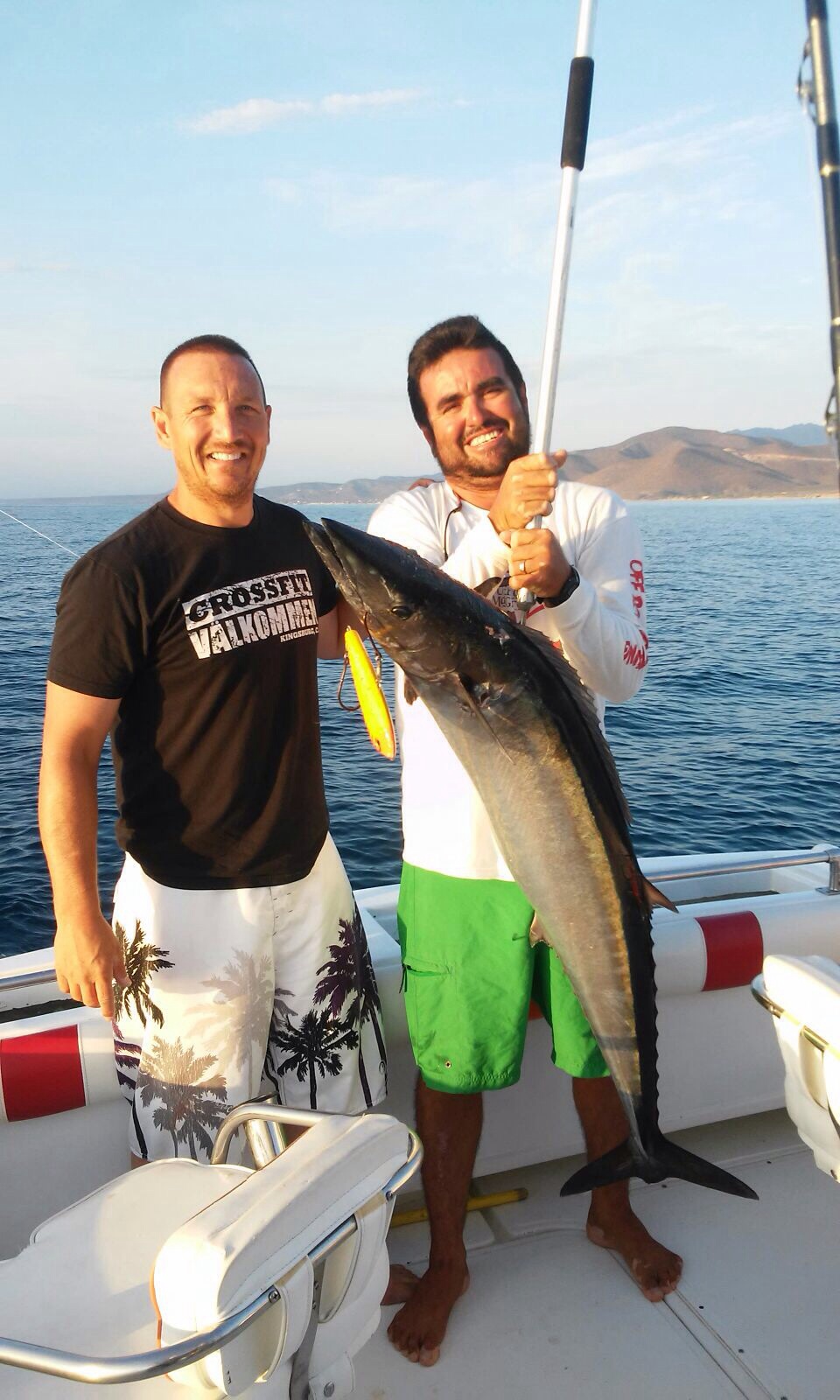 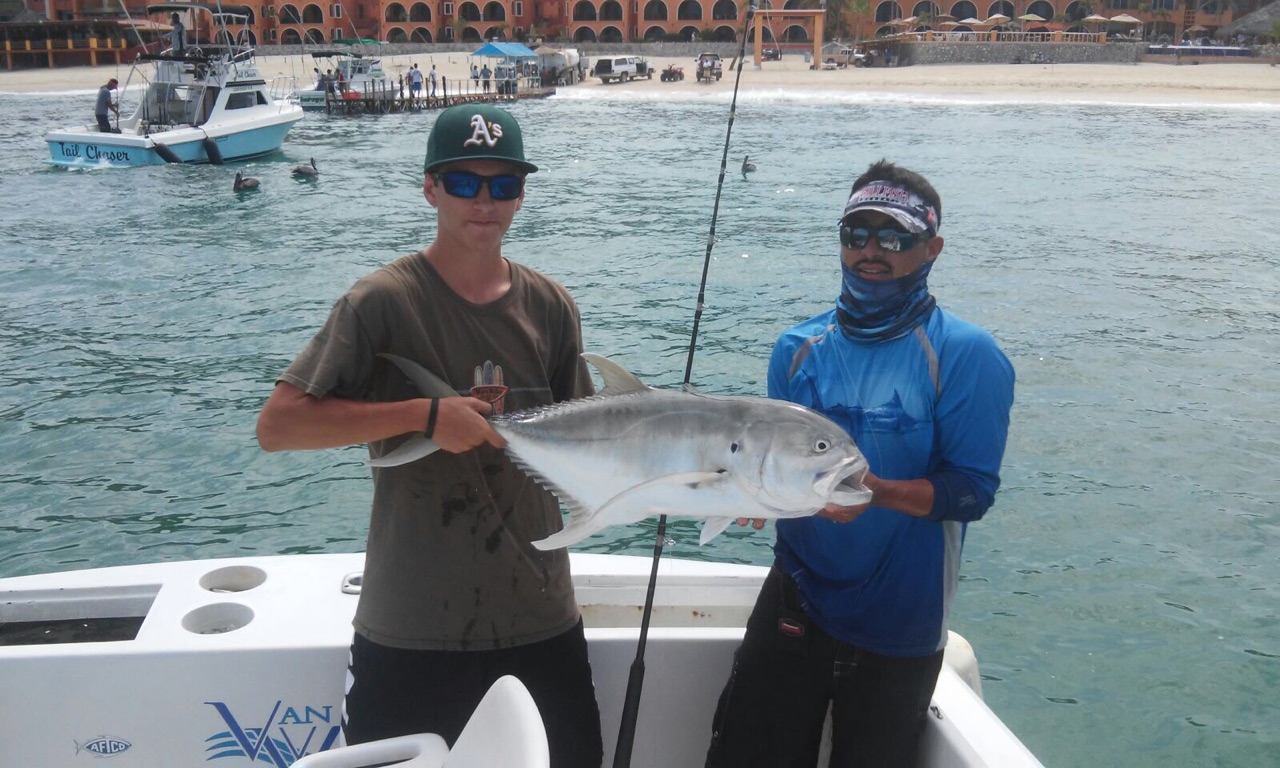 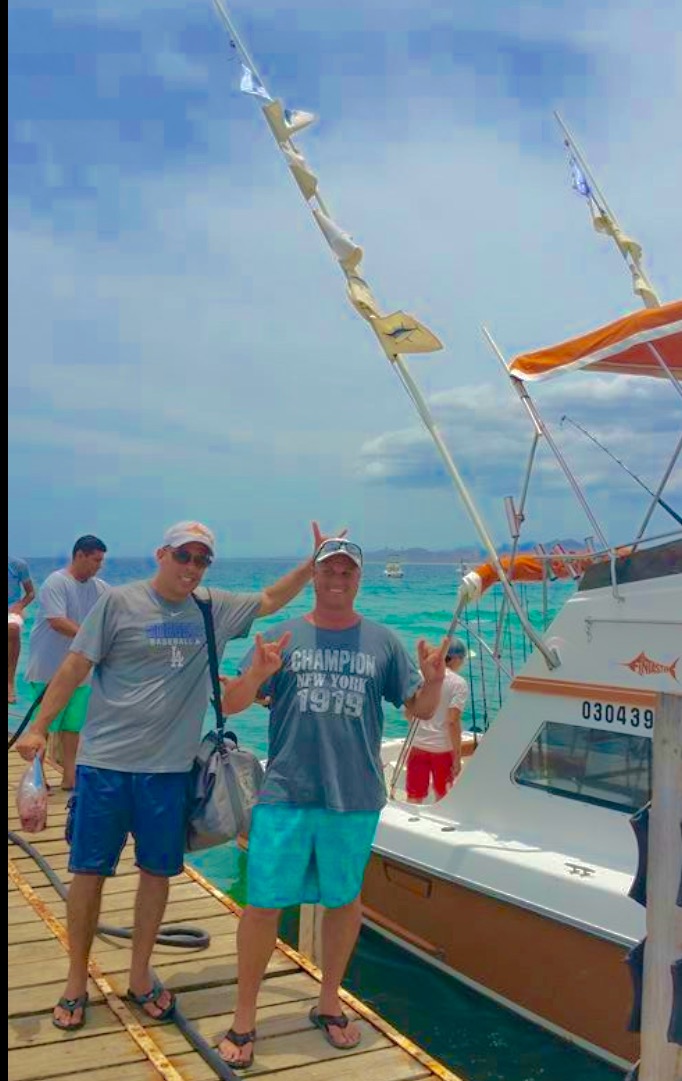 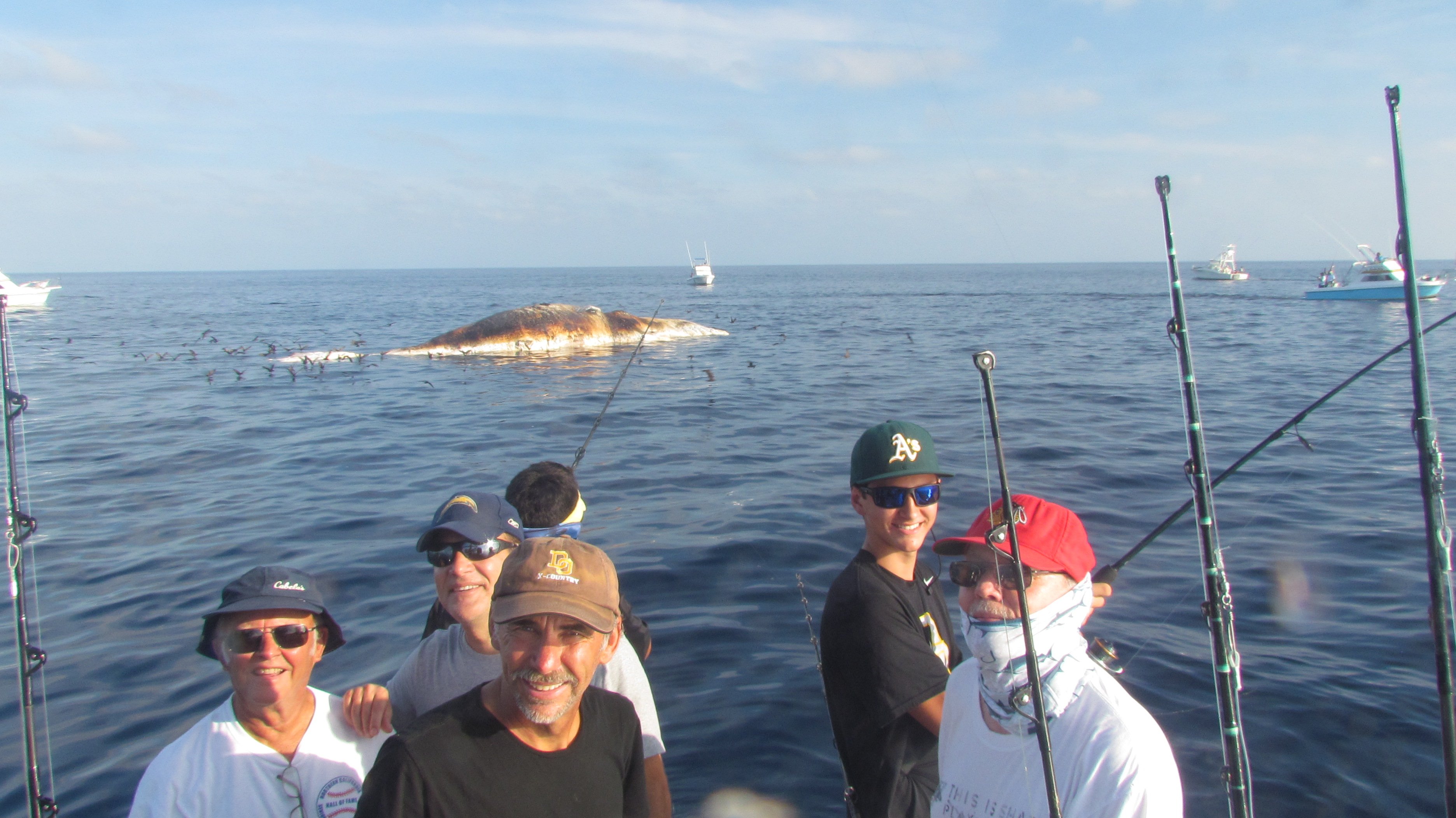 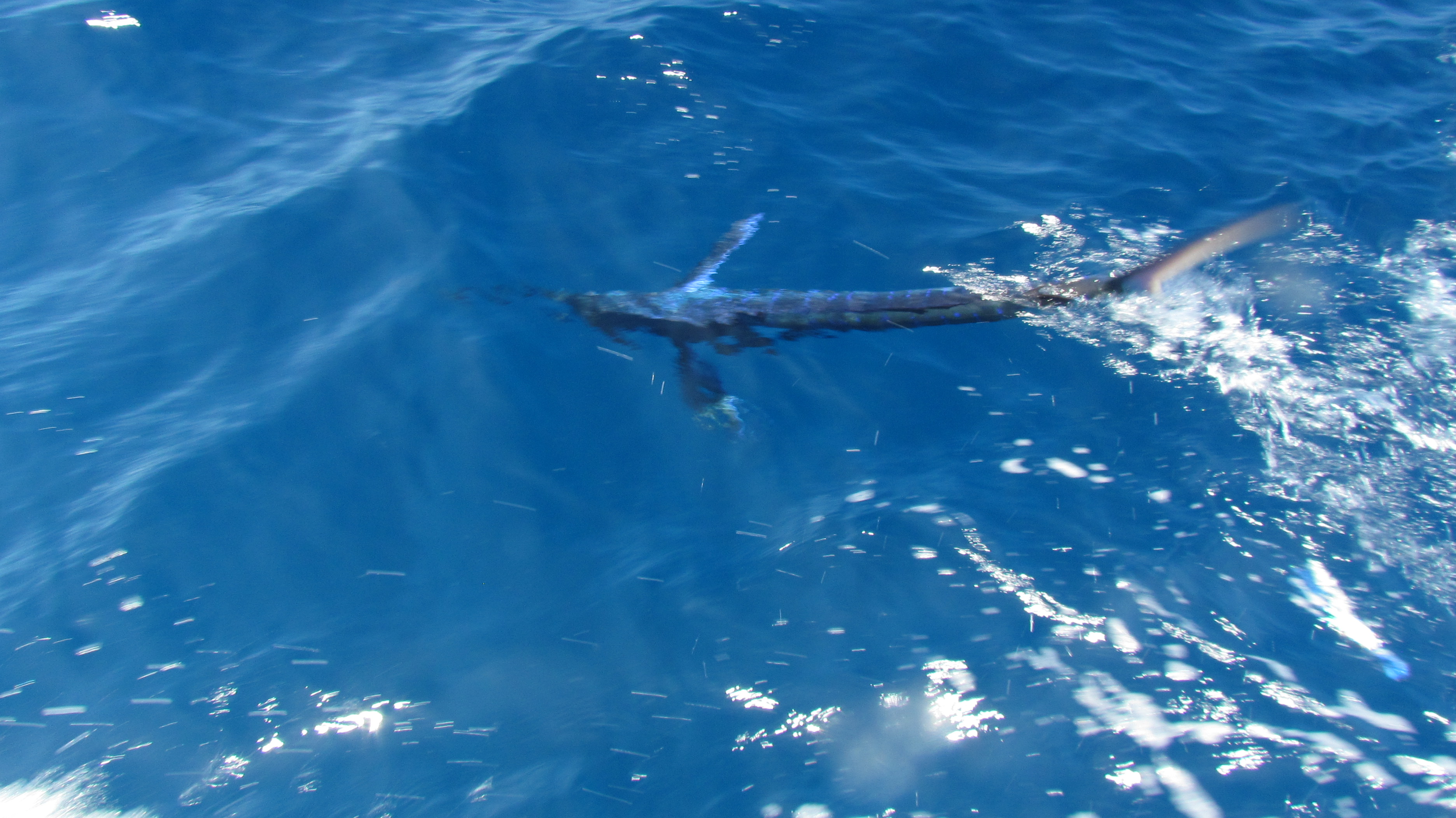 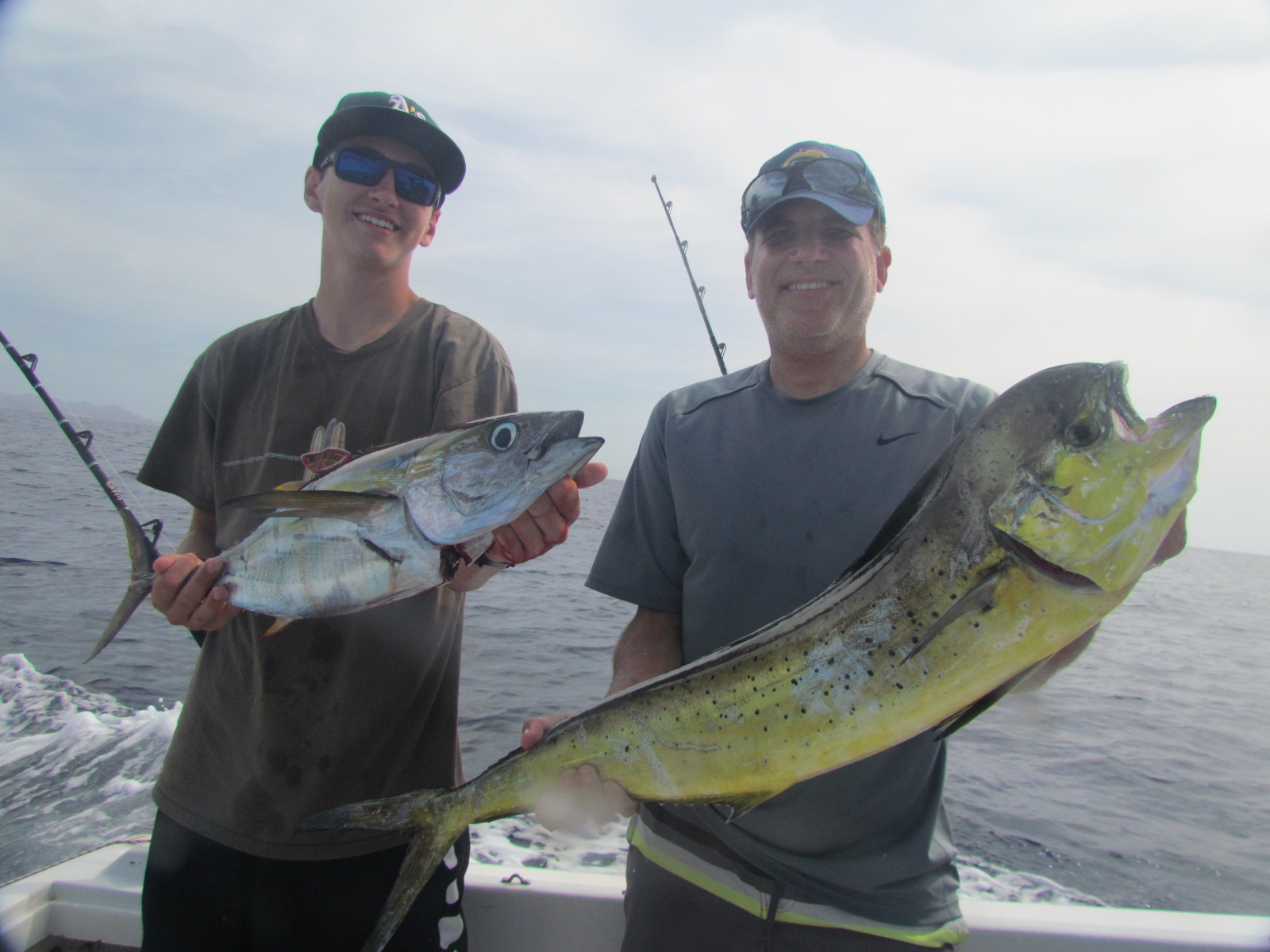 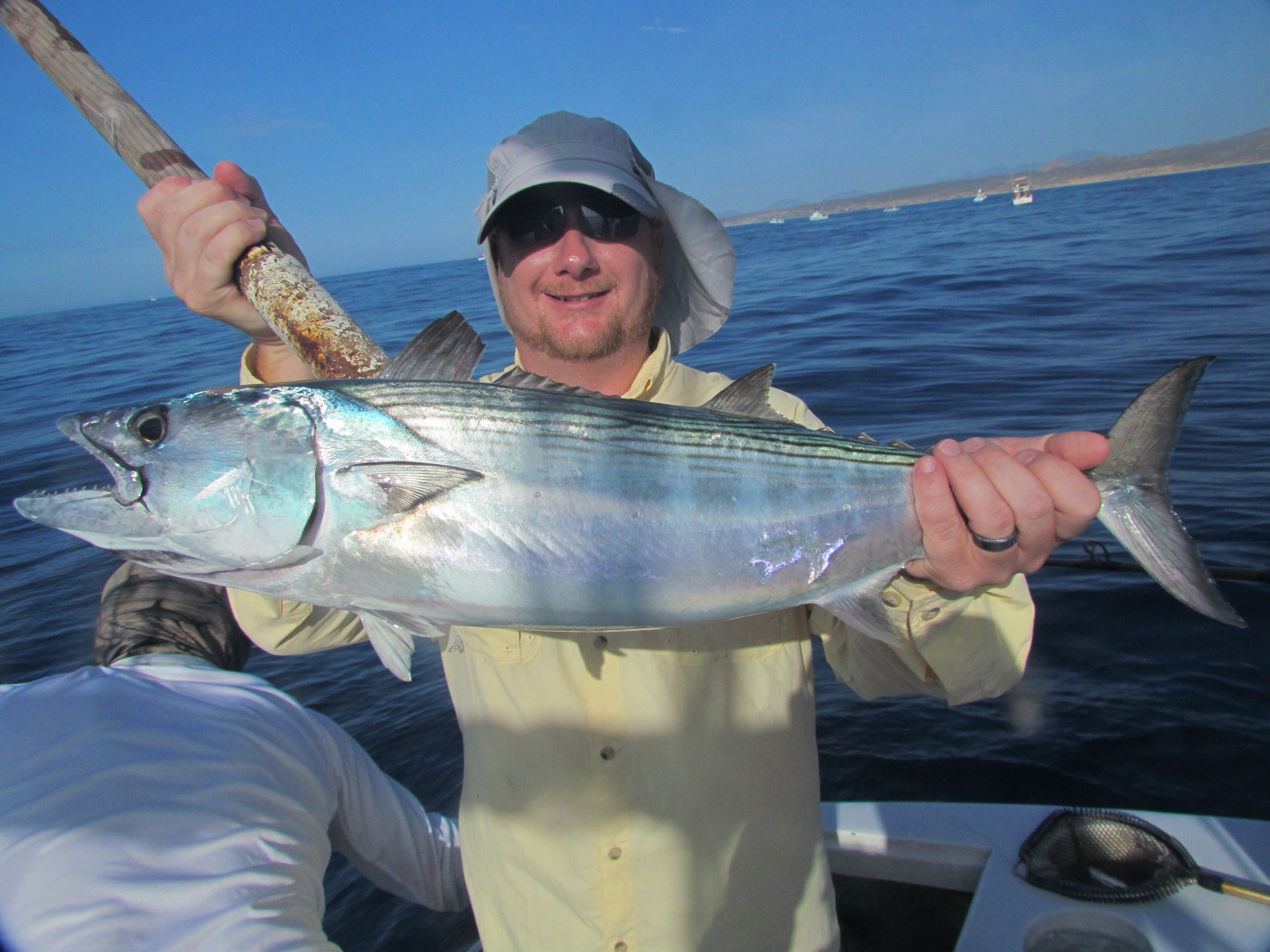 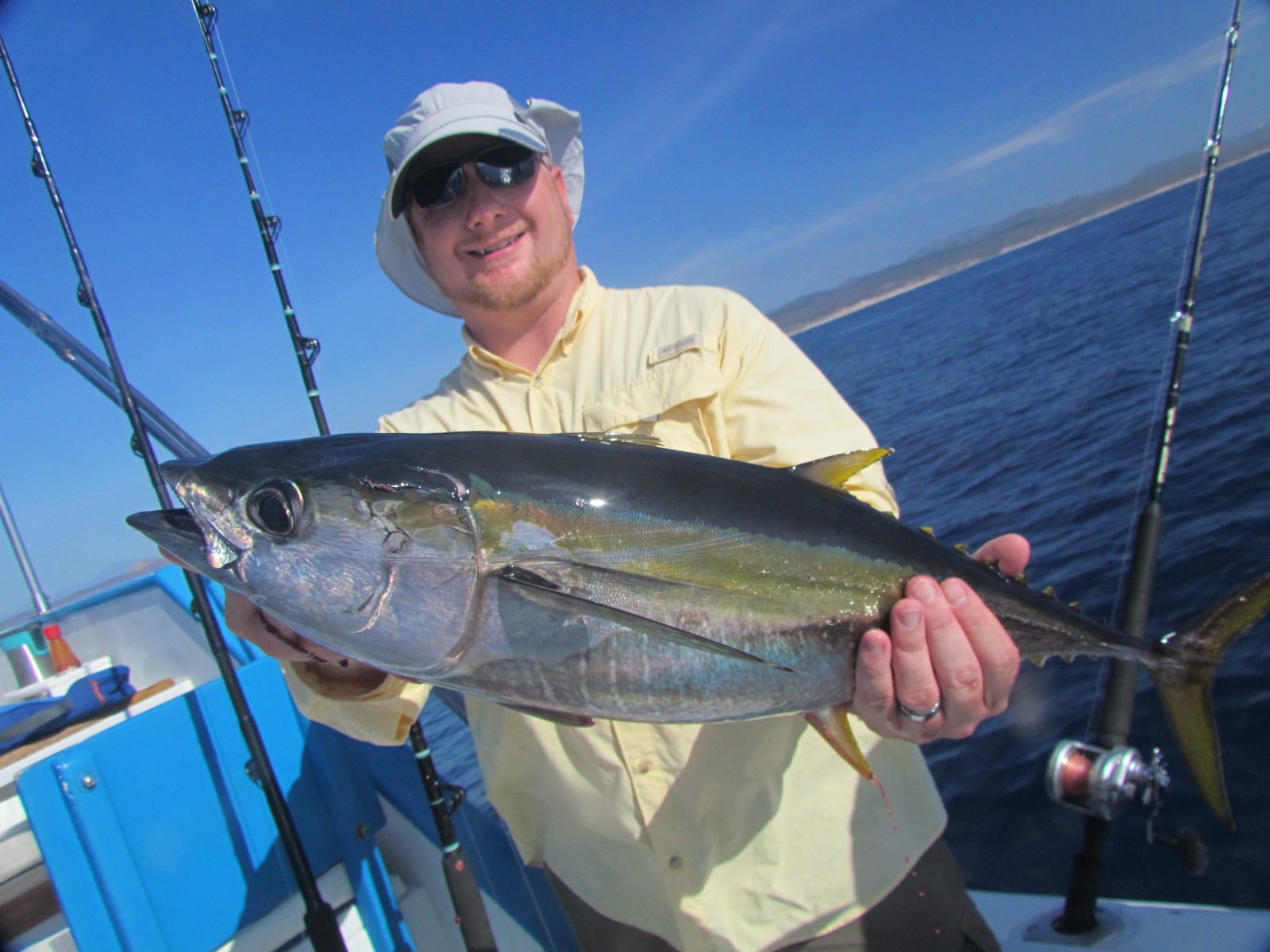 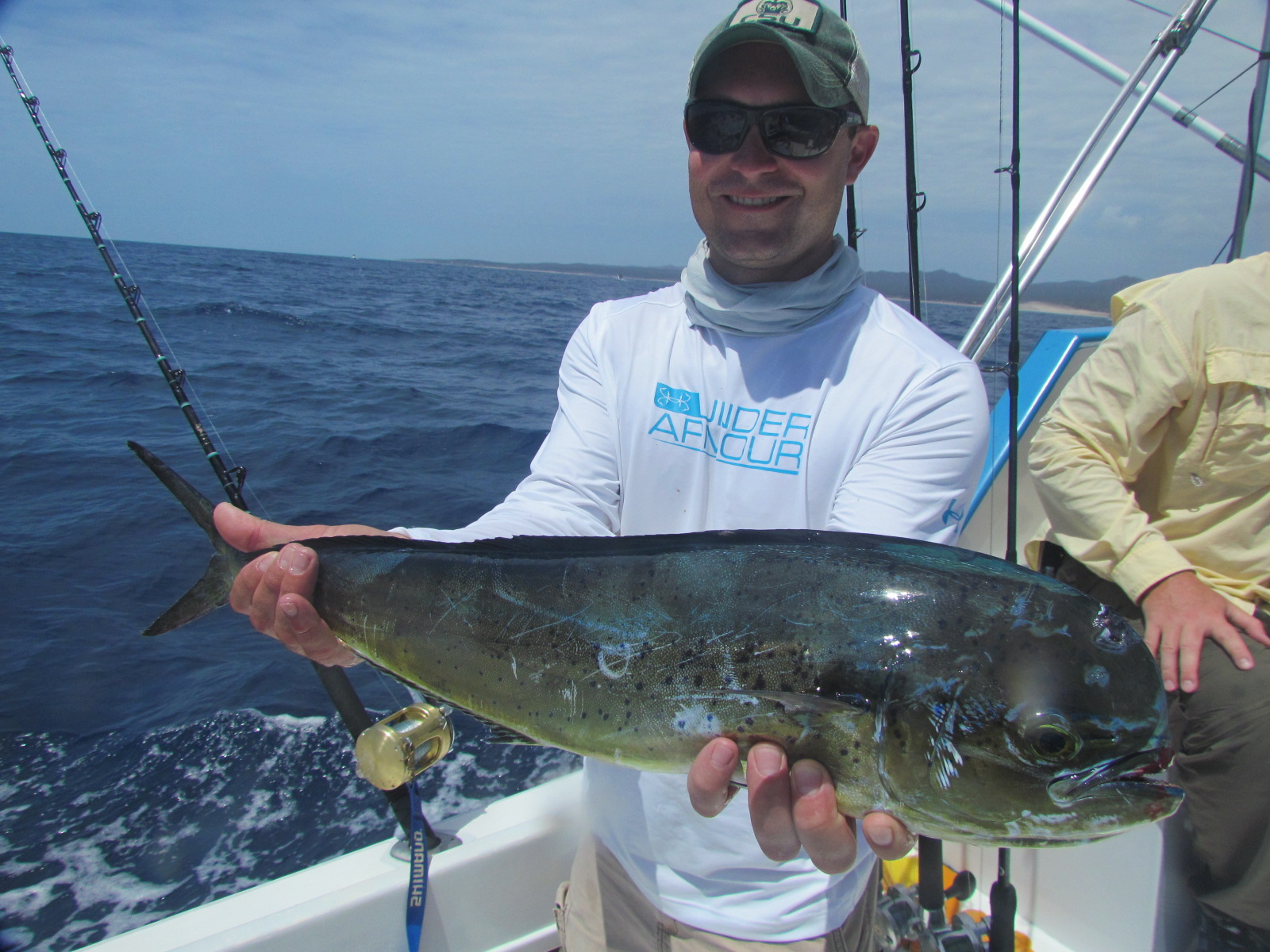 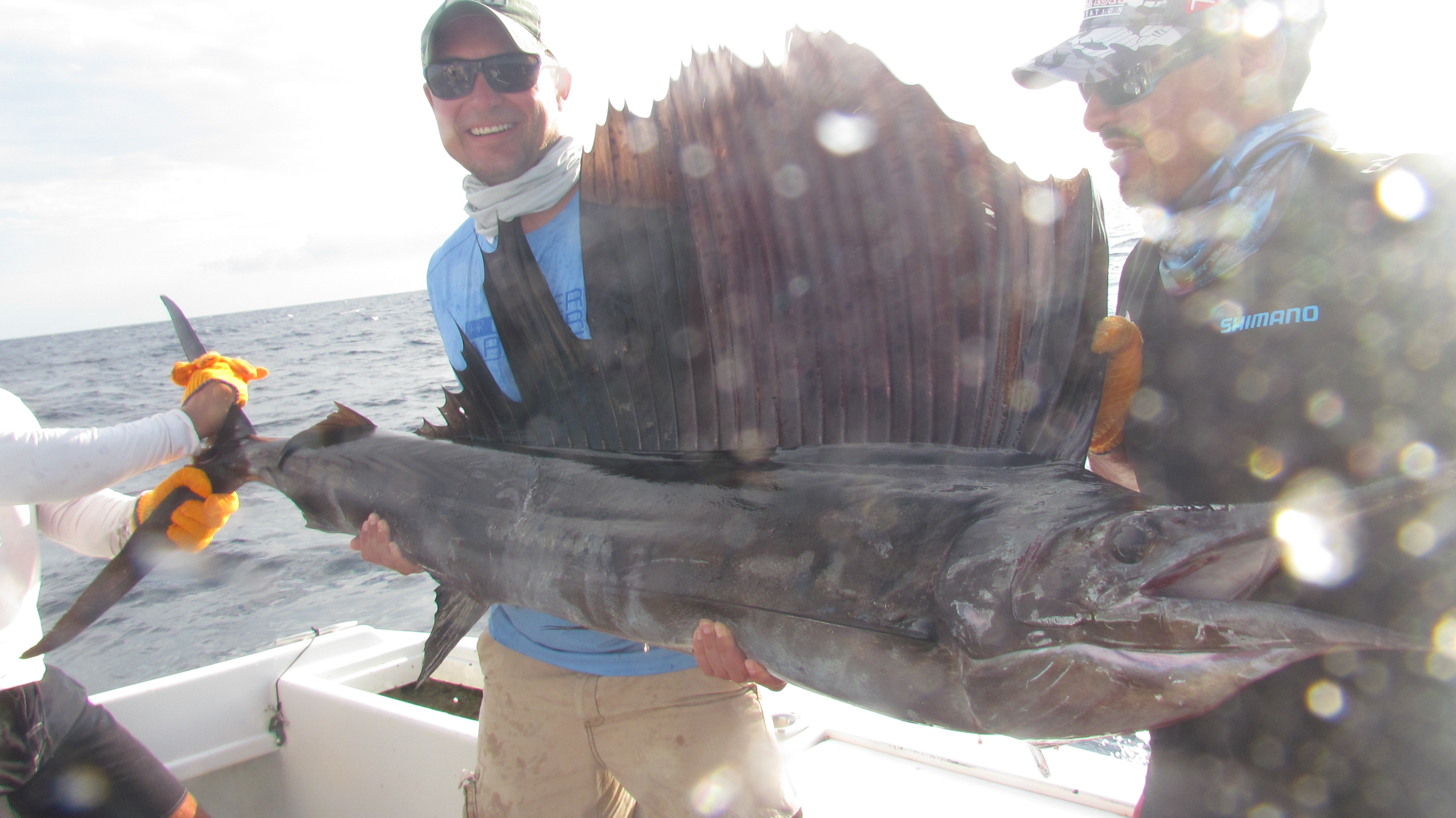 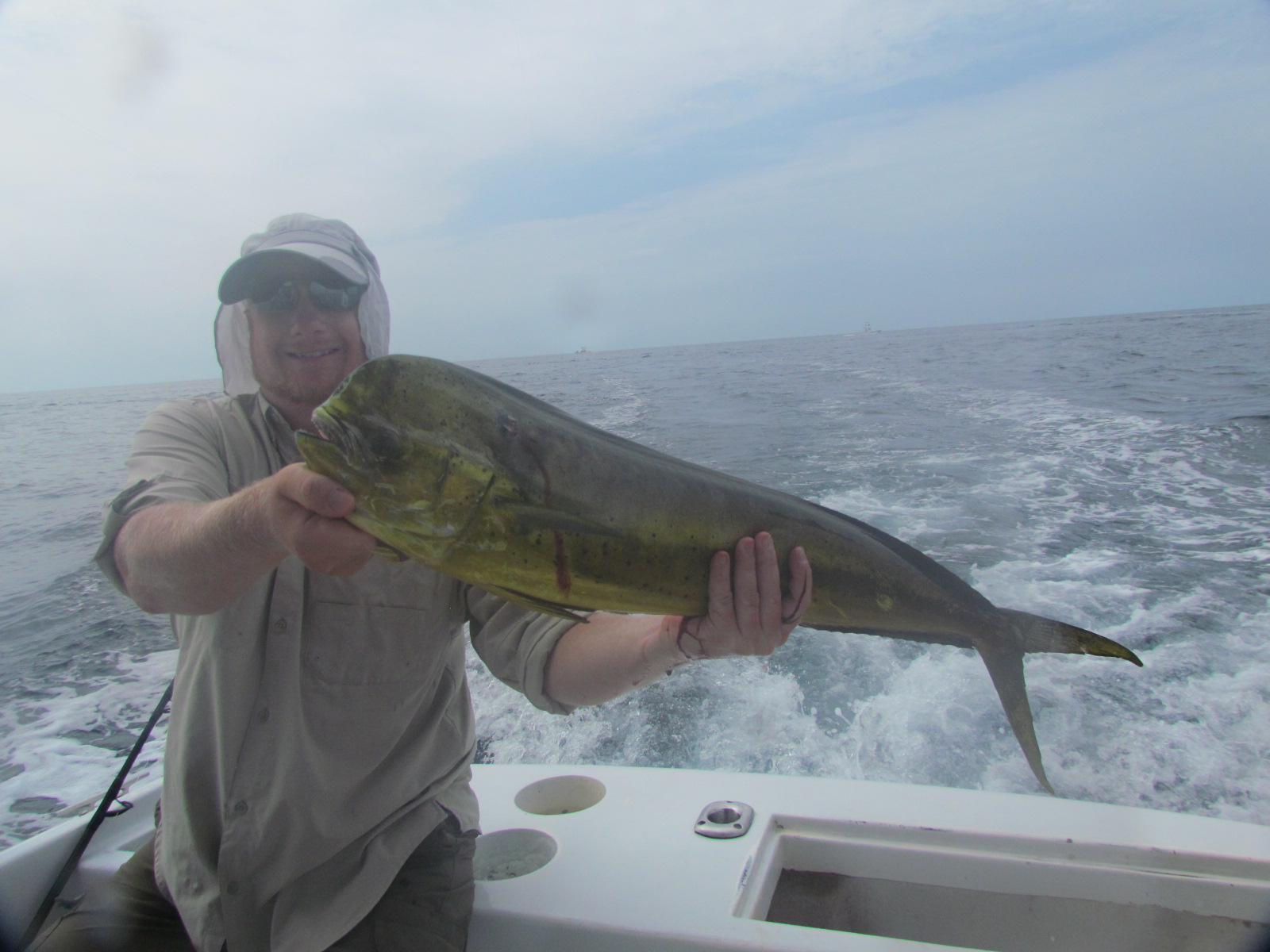