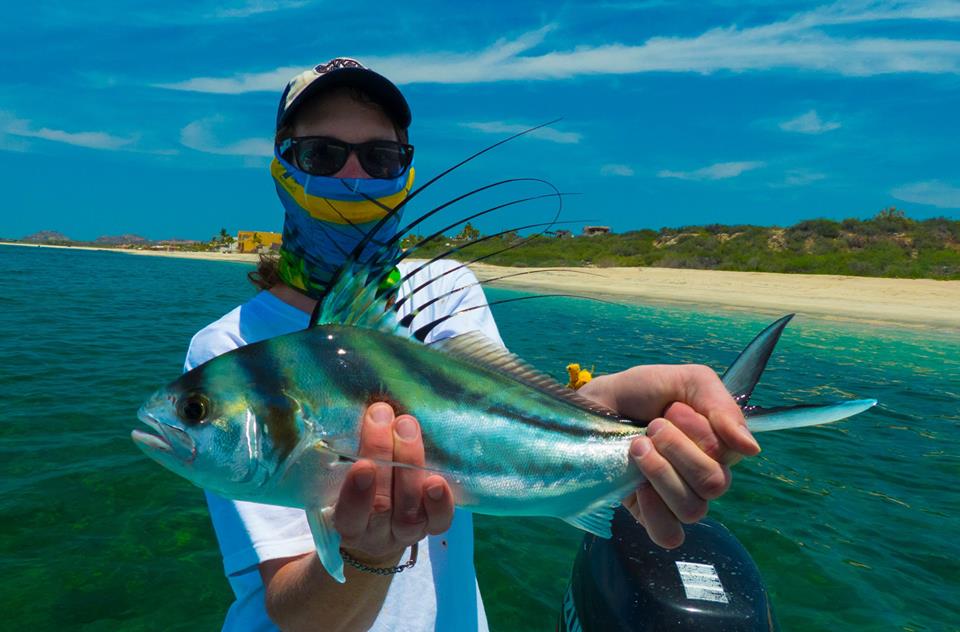 The last three weeks has seen some of the toughest fishing conditions I’ve seen down in these parts in quite some time.  Anglers really had to grind it out just to have a somewhat decent day.  Definitely not the type of fishing we are accustom to down here on the East Cape.  The silver lining is that on Sunday we started to see some signs that things were about to get better.  There were 30-50 pound tuna hitting the dock, reports of 500lb. blue marlin being released, sailfish, striped marlin, pargo, roosters and wahoo.  Monday was more of the same and as the week went on we started to see conditions improve.  All in all it was a much better week than the previous 3 weeks have been.  Anglers that wanted to go for tuna were heading down south about 30 miles and with some nice results.  Dorado are still small, but we are seeing more and more of them.  We also had a 500#, 350# and 300# (estimated weight) blue marlin landed and released this week.  Anglers also found success with the striped marlin and sailfish this week with more than 100 billfish landed throughout the week.  We also saw some nice wahoo landed this week, weighing in between 15-45 pounds.

The 3rd annual Fly Fishing Roosterfish Tournament started on Wednesday at Hotel Playa Del Sol.  5 teams of 2 are currently competing in this fly fishing only roosterfish tournament.  Ramon Zabriski of Dr. Z Fly Fishing along with Baja Flyfishing Co. are putting on the event for the third straight year.  Anglers landed small roosters and a few small dorado on day one.  Day 2 was cancelled due to some crazy weather that popped up right as the boats were getting ready to head out for the day.  We encountered 50MPH winds, rain, thunder and lightning from 7am till about 11am and then it was all over.  Day three was today and the fishing was once again tough for the fly fisherman.  Only 2 roosters were landed amongst the 5 boats.  We did however see a 40# dorado along with some 30-50 tuna and billfish once again today on the conventional side.  That’s it for this week amigos!  Let’s hope that things continue to improve. Until next week!  Eddie Dalmau/Baja’s Van Wormer Resorts