Jerri Kaeser was announced as the 2500th person to attend a fish with Me event since 1984. She received a clock with a plaque and will receive a free trip in 2015.  Lydia Bell on her right helped present the award supplied by Jerry Hall, avid fisherman and founder of Fish With Me.

On monday evening several anglers and guests participated in the release of 200 or more baby Razor Back Turtles.  This has become a popular event every fall.  Contact us anytime for more details.

Rookie Angler Damon Powell caught his first Bill Fish, a 250 lb. Blue Marlin.  This earned him Top Rookie and Top angler awards.  Damon and his brother Dallas, from Iowa, earned  Top Team monies and ribbons.  Lydia Bell, from Albany Oregon the awards presenter was a Rookie also, but caught a nice Sail Fish on day one.

Dallas Powell, on the right, was last years top angler and must have given Damon some good lessons, as he enjoyed his free trip this year.

Mike Totey here with Lydia took Top Non Bill monies and trophy with one of two Wahoo.  Because of the warm waters from El Nino and the hurricane Sept. 22 the fish counts were down from normal and Mike's score from the June trip held up.  He will enjoy a free trip in 2015, thanks to the VanWormer's who award a free trip to the Top Angler on a Fish With Me event every year.  In June Mike caught a Blue Marlin, Stripe Marlin and a Sail Fish.

I had the pleasure of fishing with Dan Neidlinger from Phoenix, Arizona.  On the first day, Dan hooked this nice 300 lb. Blue Marlin and on our attempt  to release him, he became tail wrapped, and sunk several hundred feet.  Thanks to Alan, the skipper and 2 hours of back breaking retrieval, we were able to boat him.  Below the picture of us and the fish are 2 photos of a thing that was wrapped around the tail.  If anyone knows what that is, I would appreciate a phone call email.

Thanks to a great group, nice weather and the usual friendly and wonderful service at Playa Del Sol. 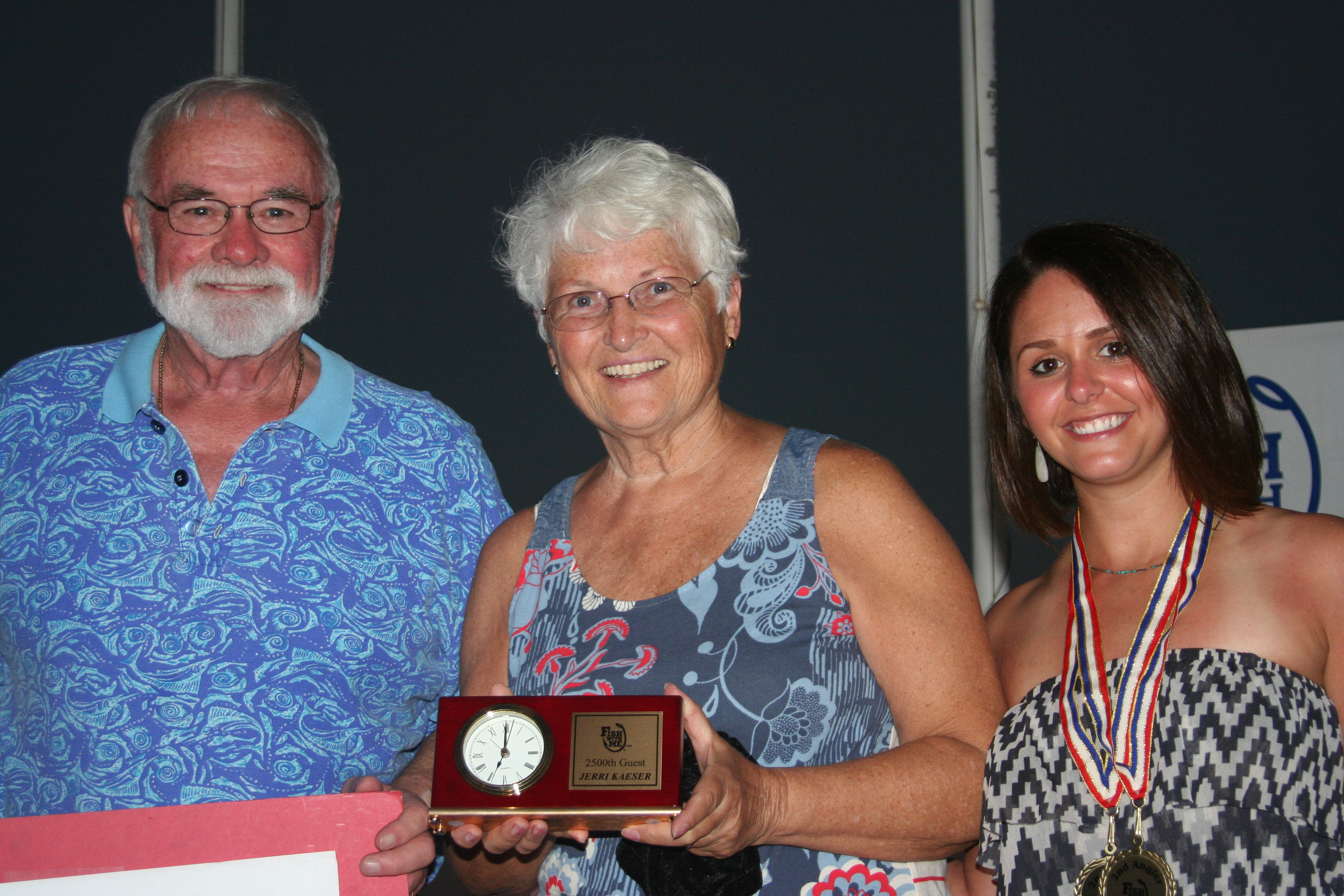 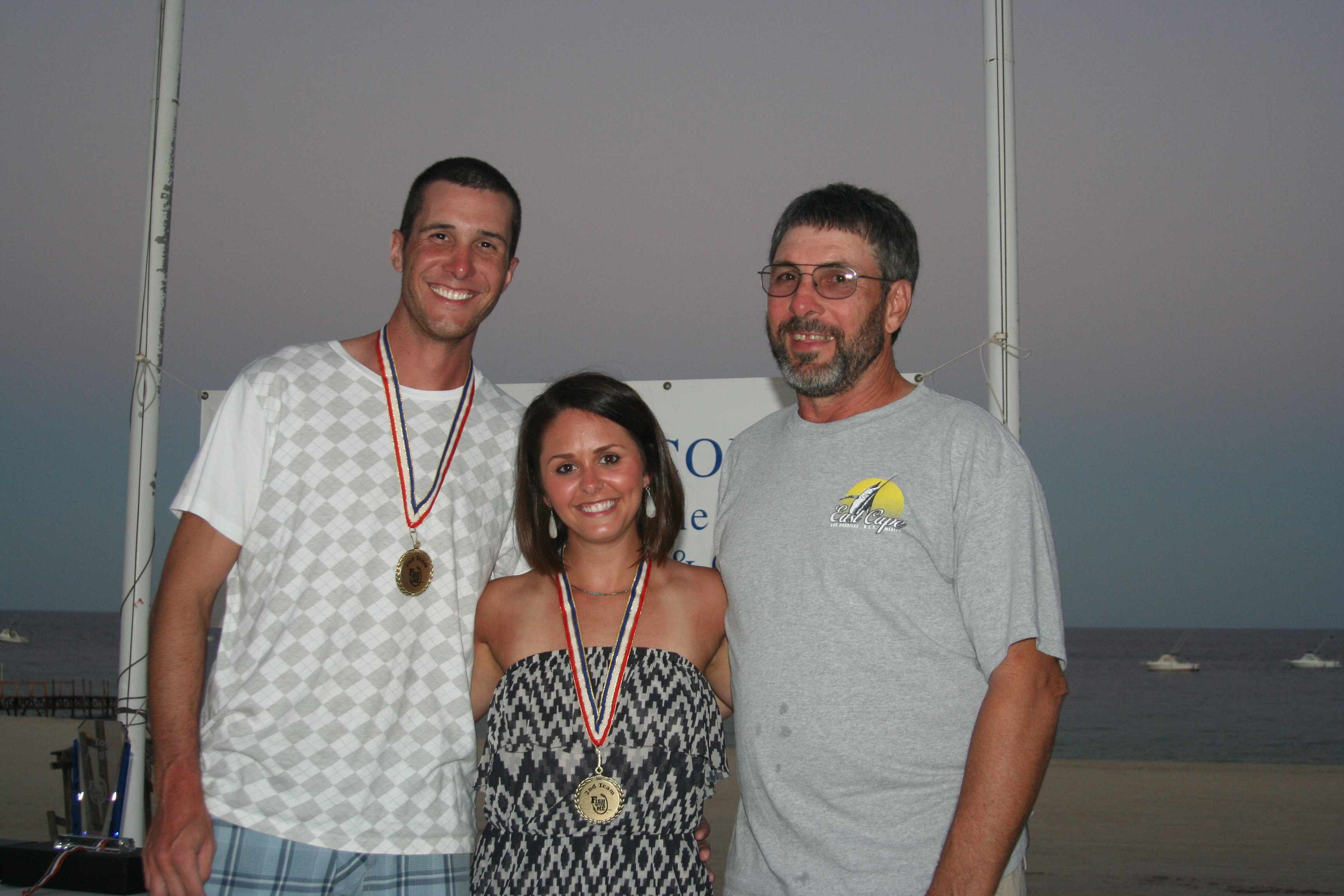 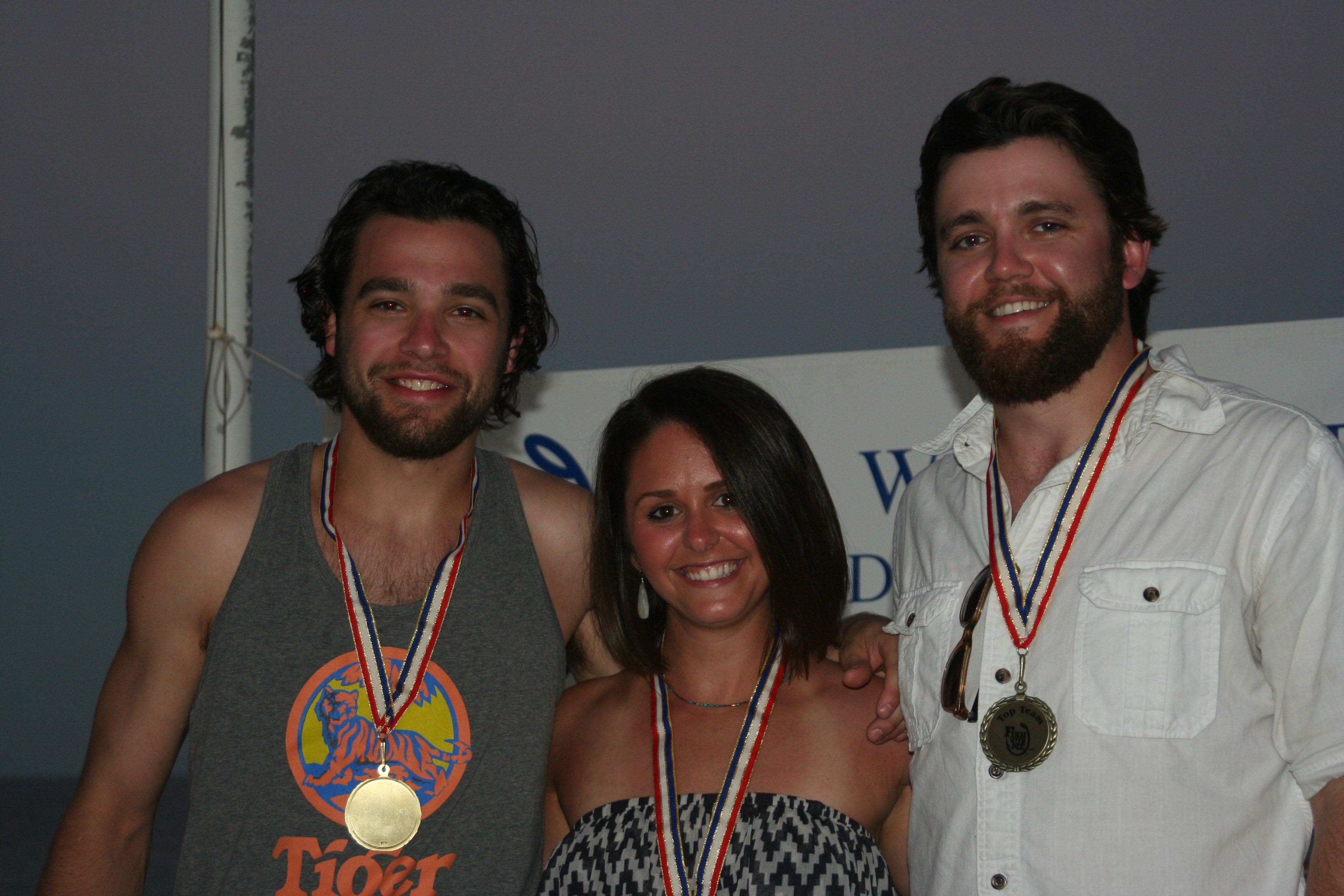 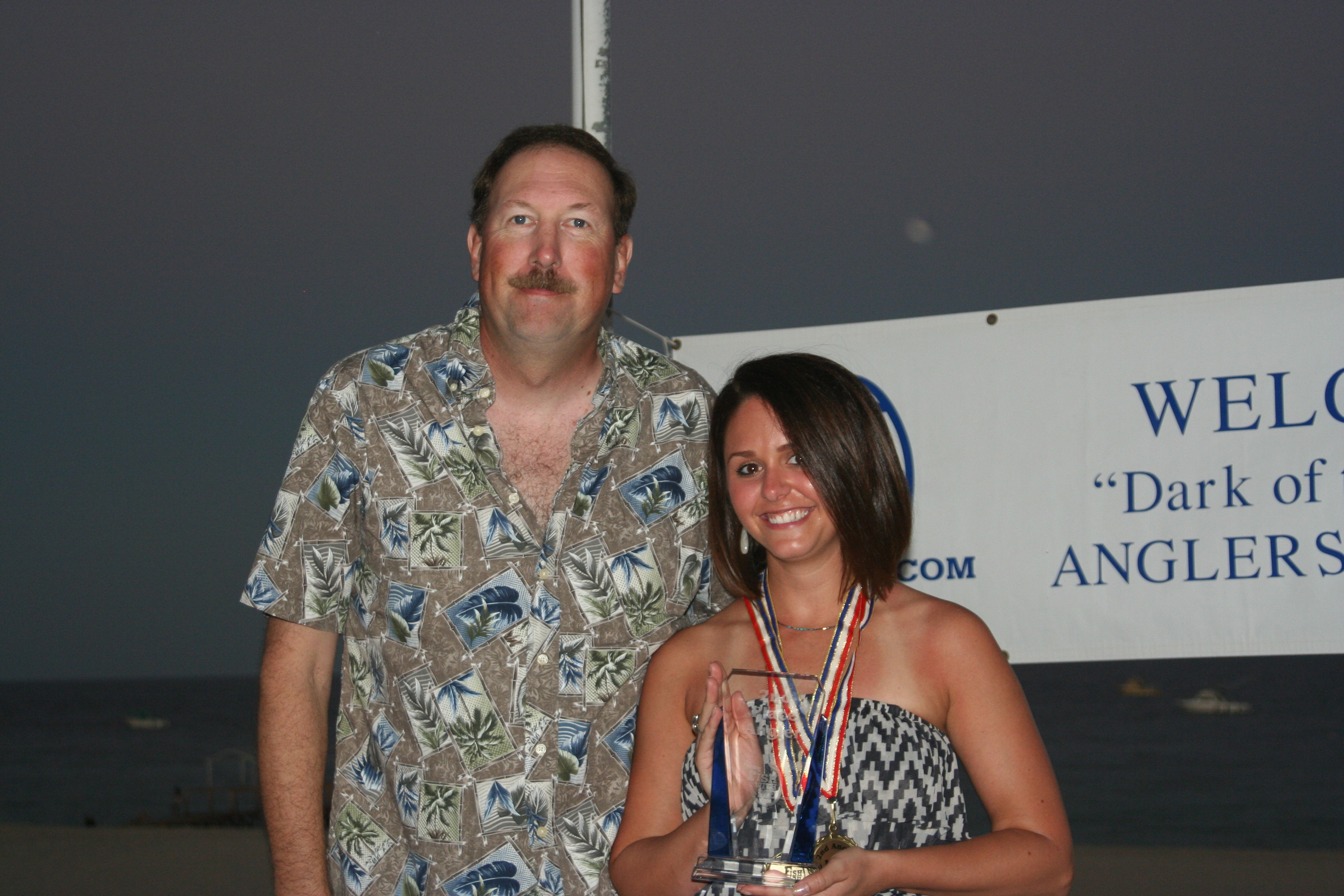 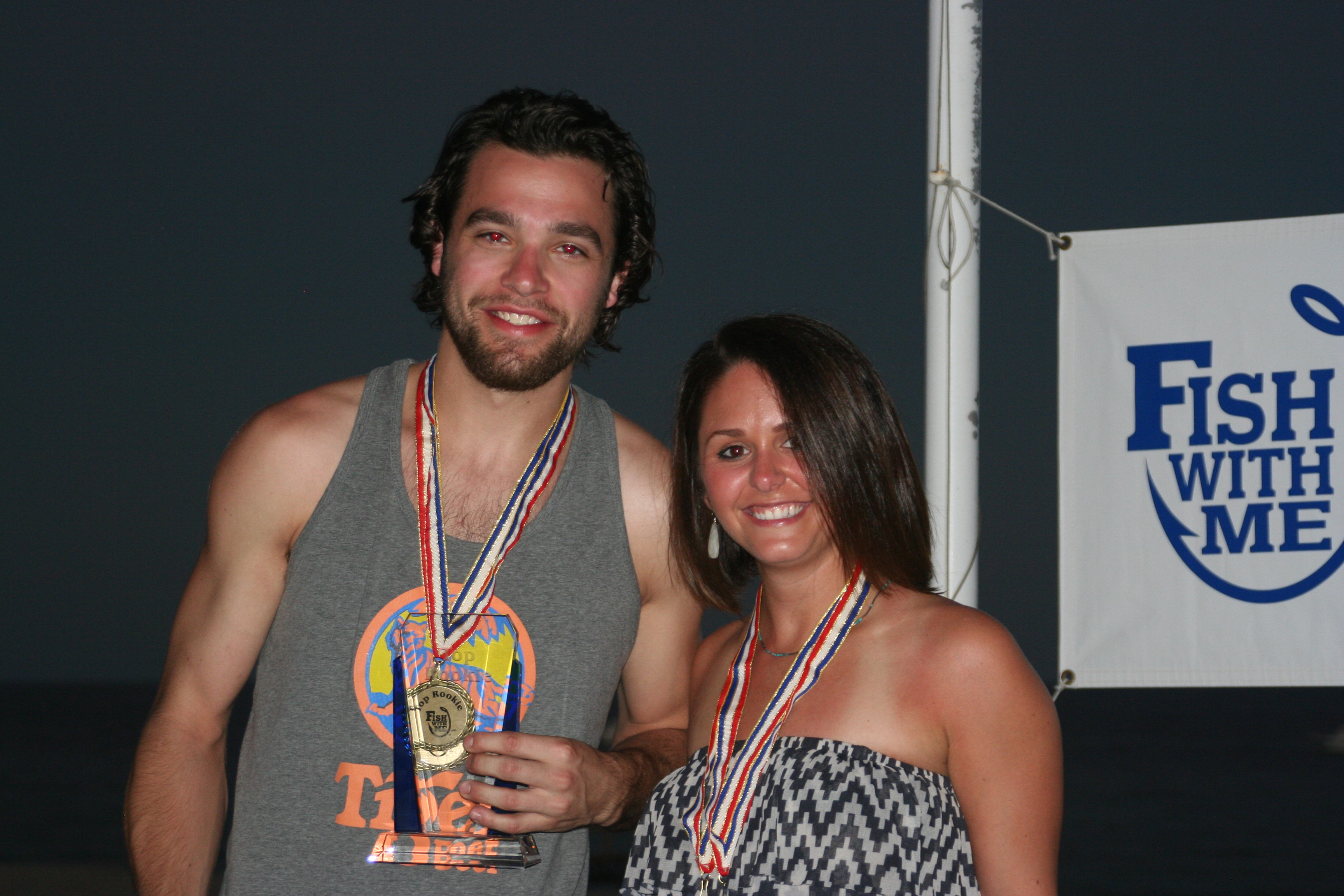 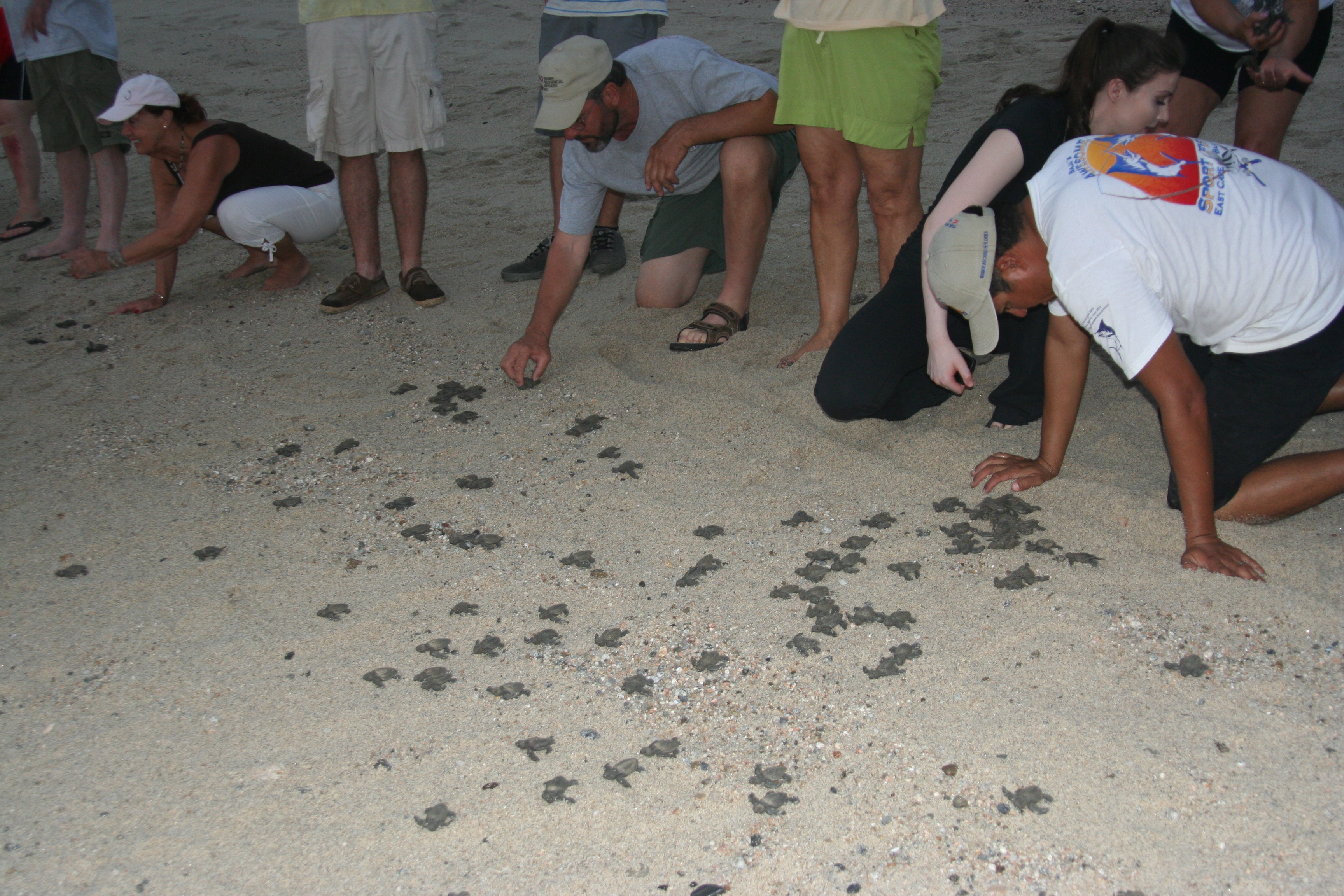 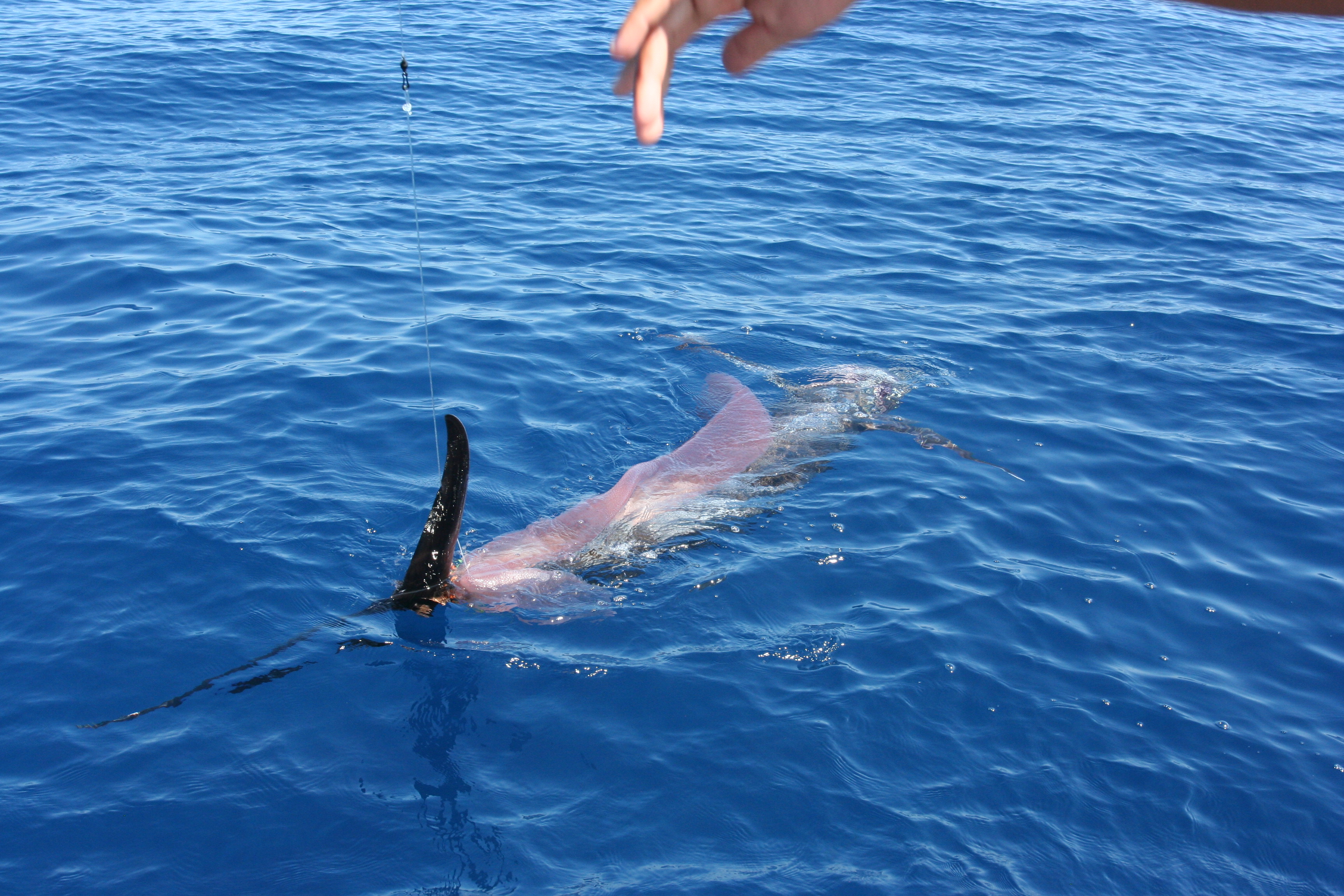 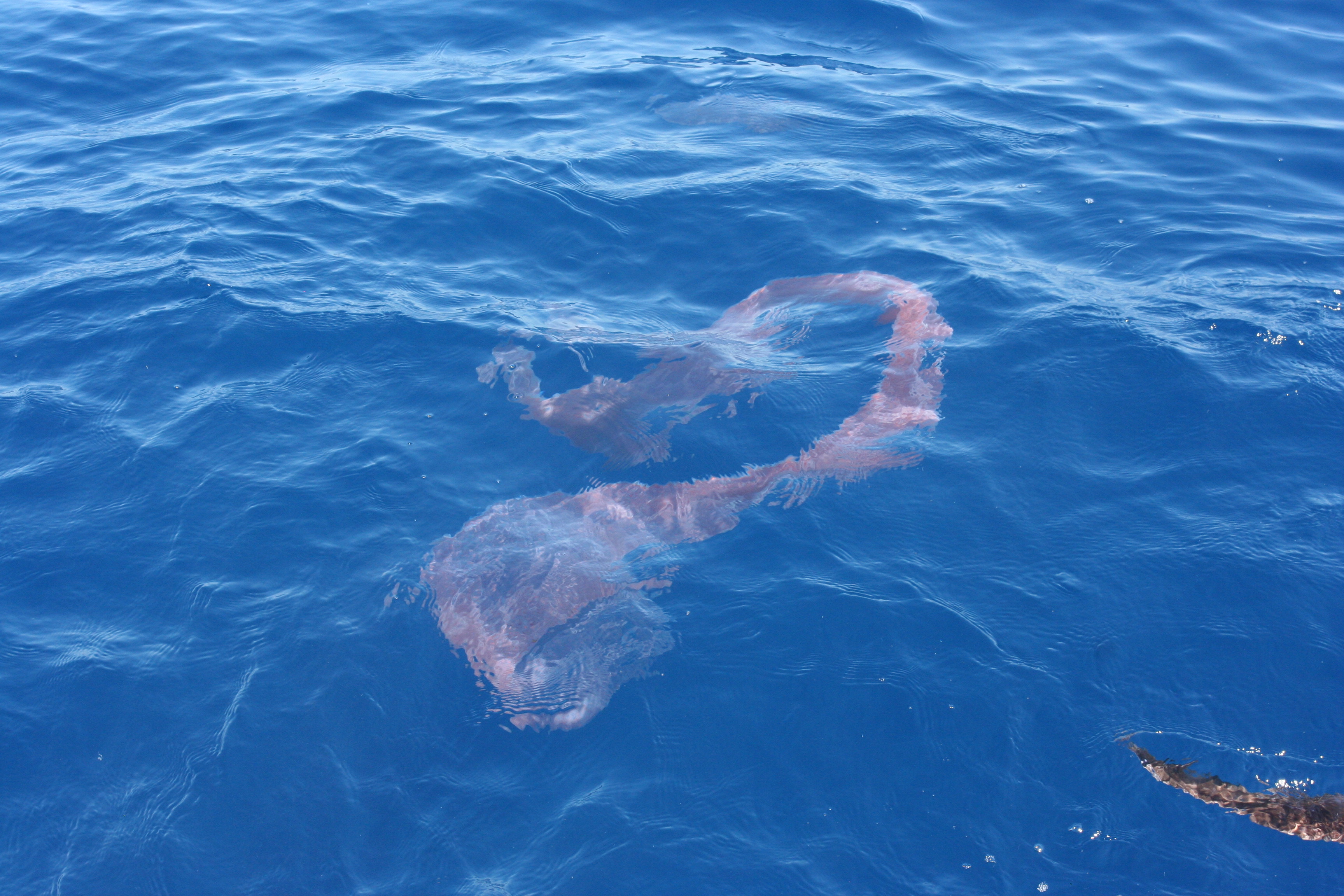