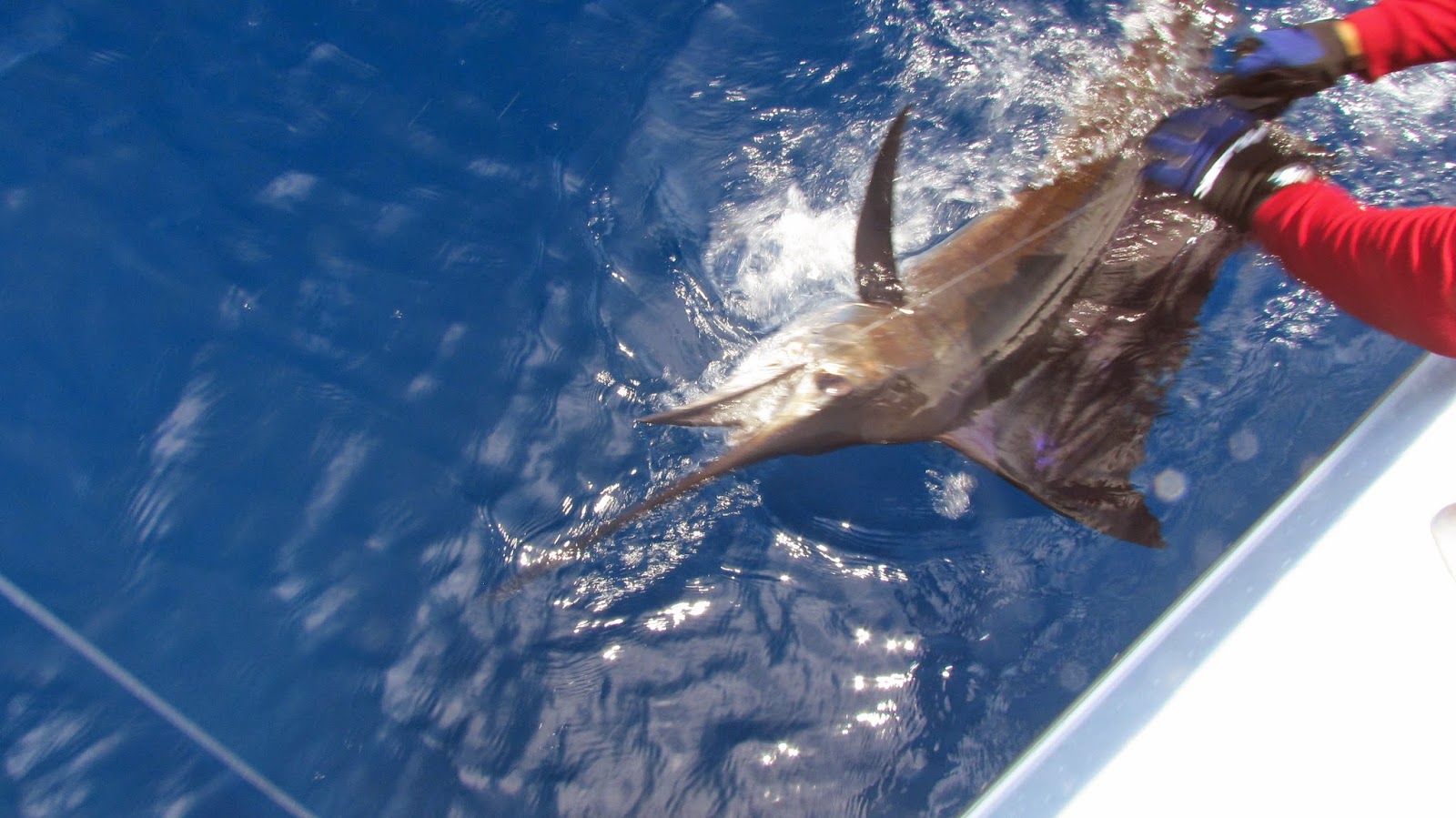 We are definitely in the midst of an El Nino year. Weather has been a bit screwy with small storms moving through dumping rain on the now green hills of the East Cape. Water temps are very warm ranging from 86-88 with water over 90 degrees offshore. We fished through a 4 hour rainstorm and had a triple tuna bite going while being pelted by a downpour 200 meters off of Los Frailes. Fishing has been challenging at times but the tuna bite down at Frailes continues to produce 20-40lb. fish with a few larger tuna being landed further south. Our largest was 43lbs. landed off of Vinorama. We are also seeing more white bonito, which is great for sashimi. Dorado are being caught inside and south of Punta Arena with some larger fish being landed 8-12 miles offshore from La Ribera to Frailes. Billfish has slowed on the excellent blue marlin bite we had in July but the stripes and sails continue with a few shots everyday. Inshore bite is a mixed bag of jacks, pargo and a few amberjack. Overall the fishing has been up and down, but the bite continues everyday, some days better than others. I'm looking out at the Sea of Cortez right now and it is greasy calm with clear skies. Clients Dean Lawver, Larry Janos and Norm "The Fish Slayer" fished 6 days and filled their coolers with tuna to 43lbs., dorado to 37lbs. and C&Red multiple stripes and sails. Here are some photos from the week on the water... 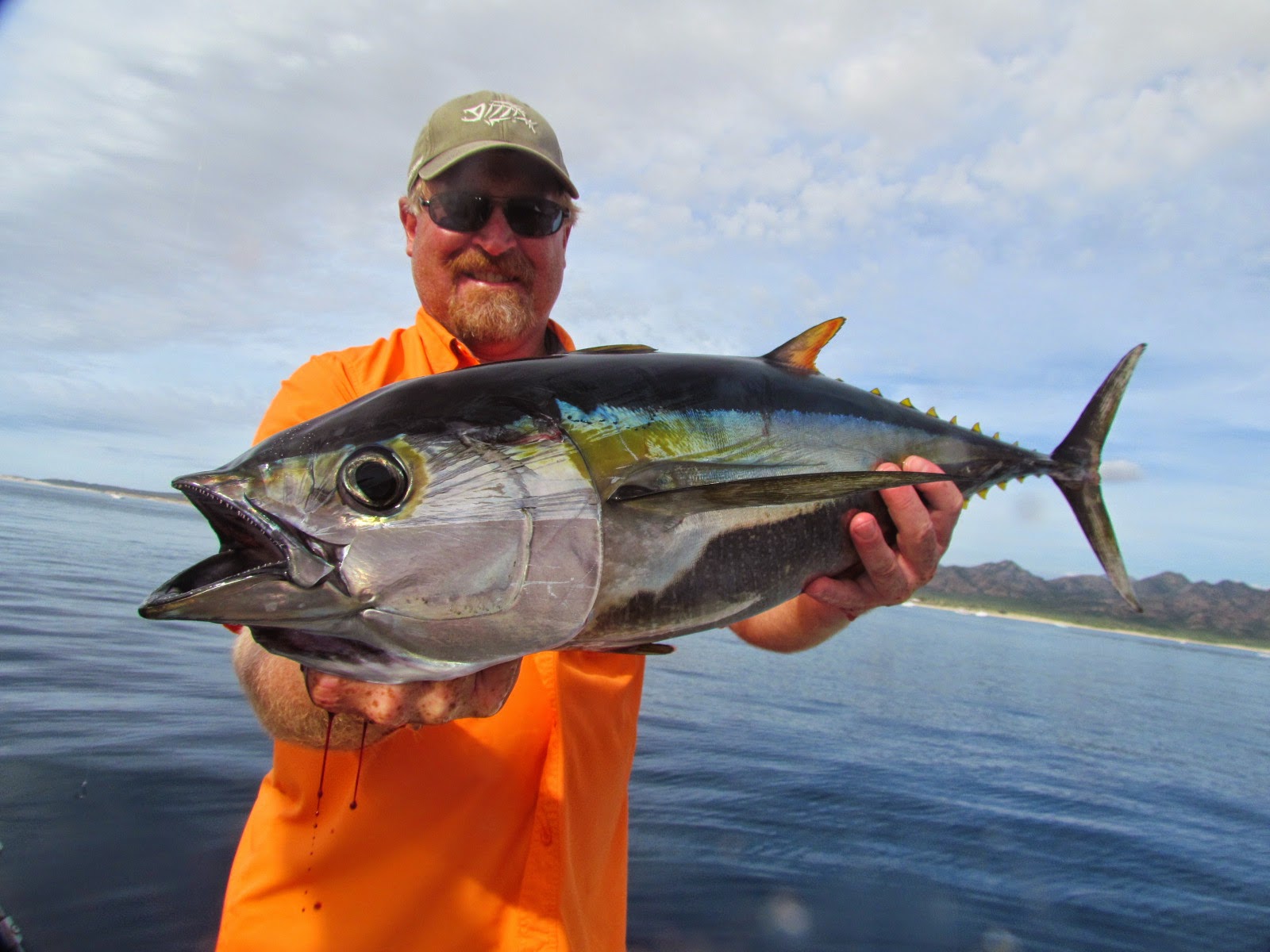 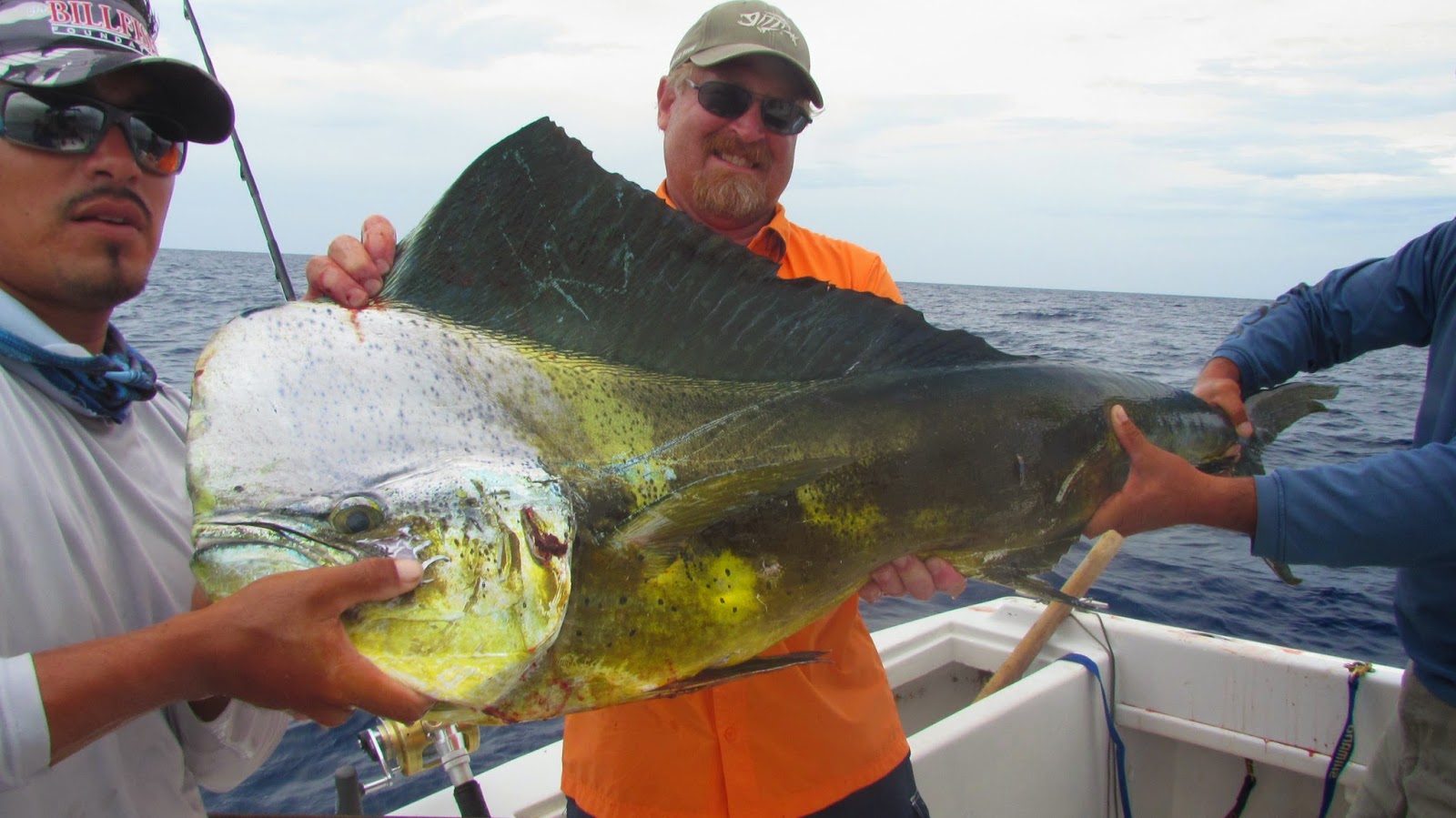 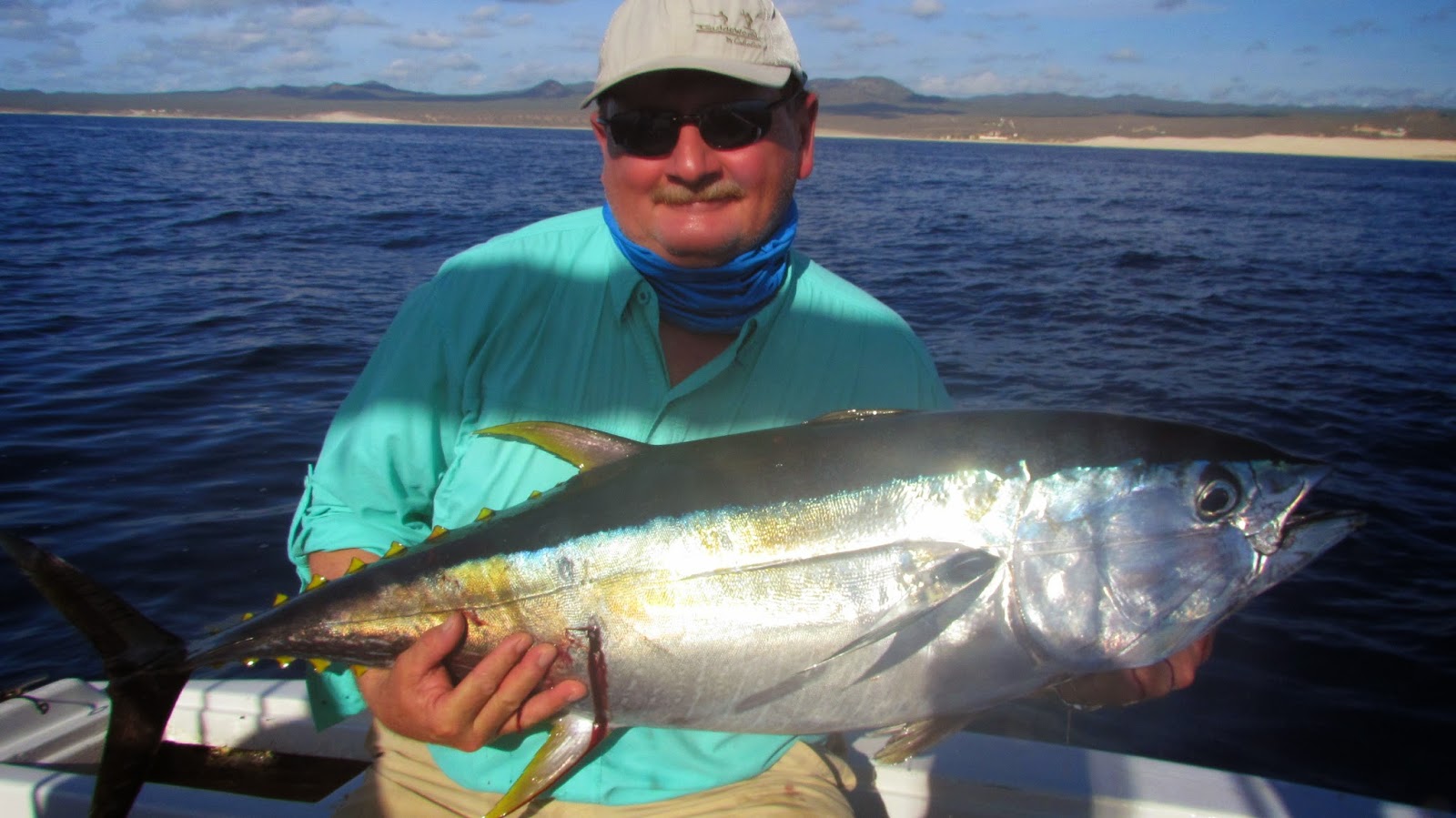 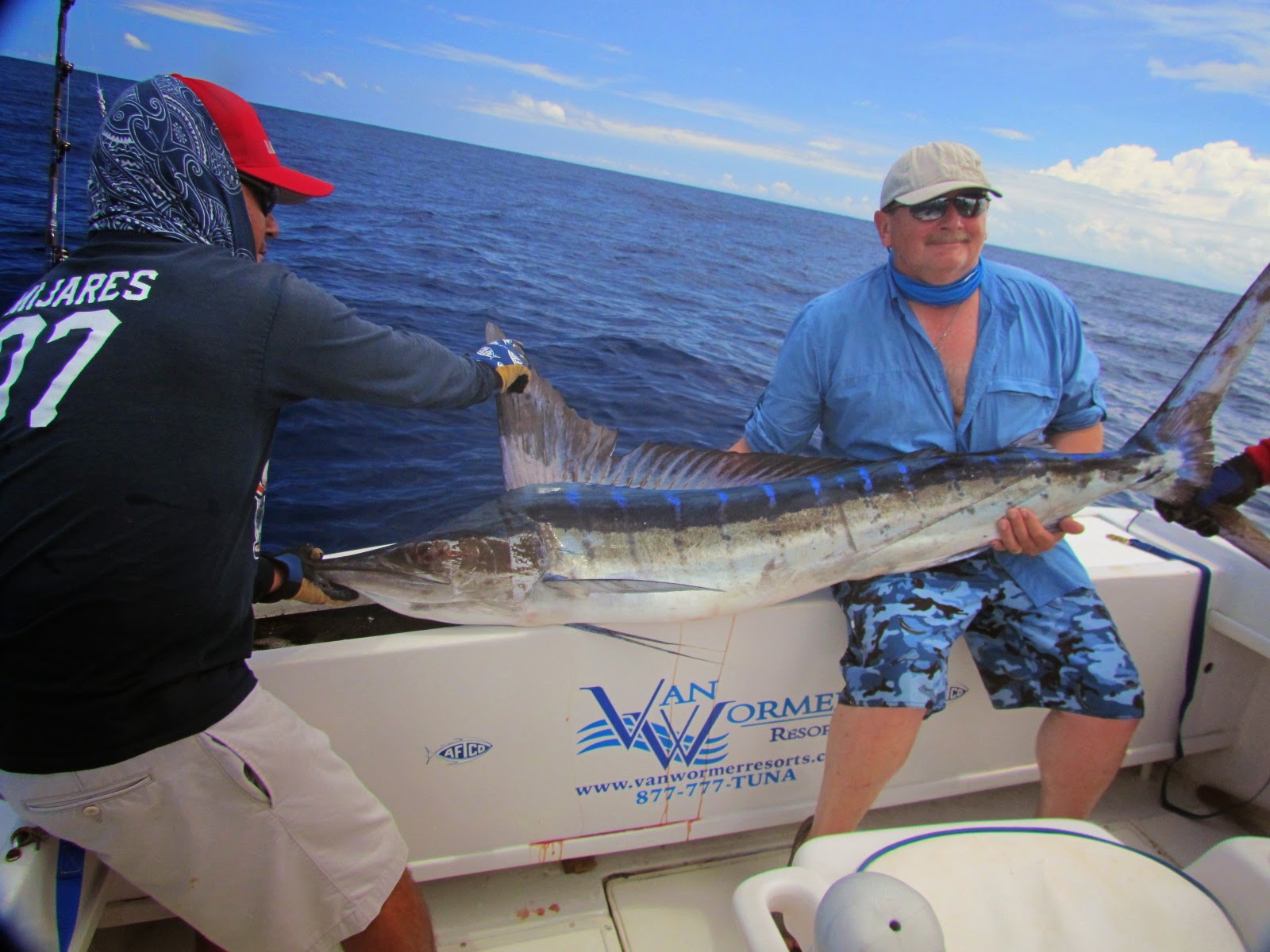 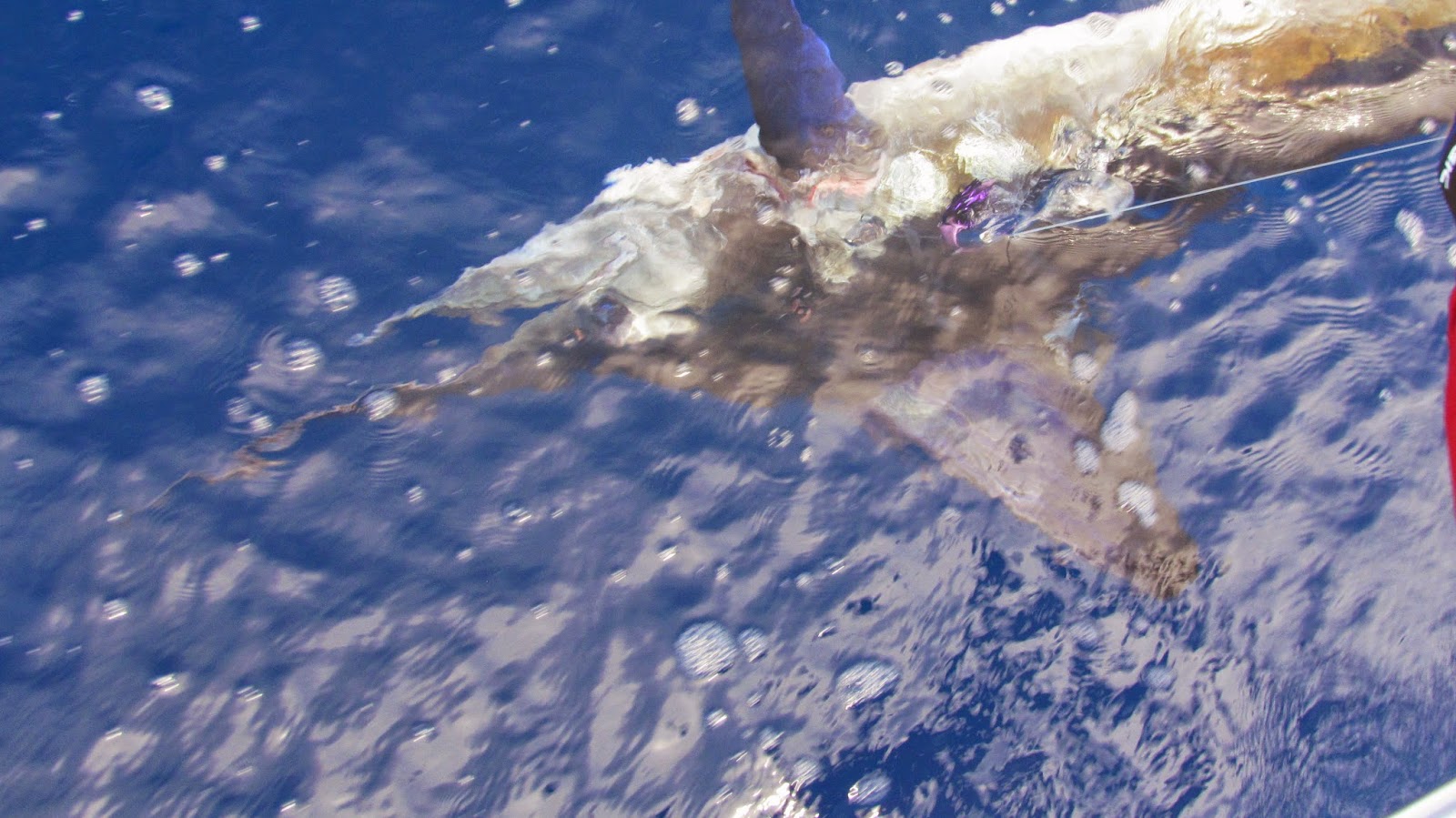 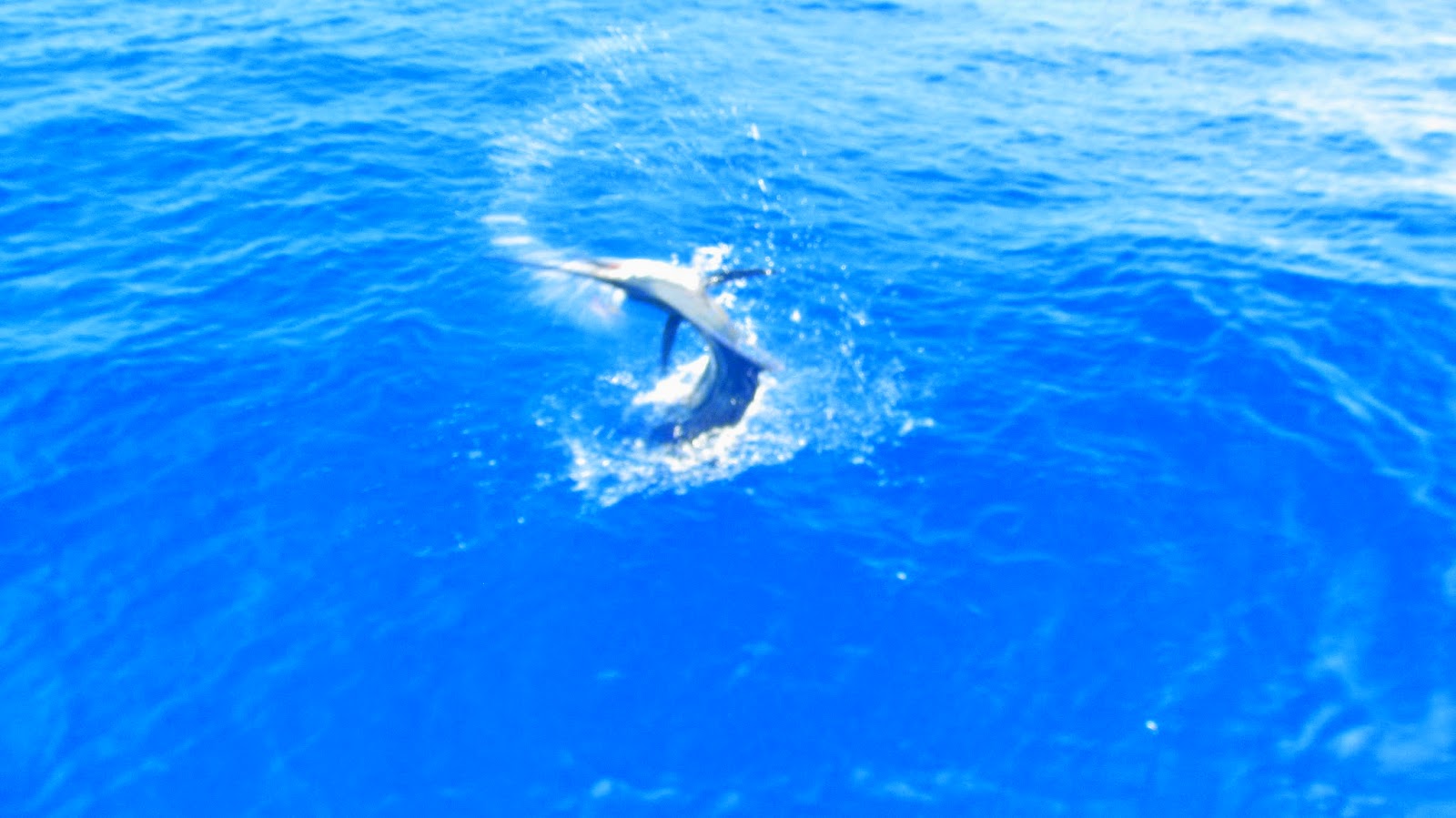