The 5th Annual Wahoo Gold Cup was held on Saturday, August 21, 2021 out of Hotel Palmas De Cortez in Los Barriles. There were a record 49 teams that participated in this year’s event as well as a record purse of over $58,000 in Jackpots. The winning boat was “Terrible” with angler EJ Herbst Jr. from Las Vegas, NV and Captain Jose Perez. The team landed a 41.0 lbs. wahoo that won them a 2021 Volkswagen Polo valued at $13,000 as well as sweeping the 4 jackpots and taking home $45,825 dollars in cash. The team landed the wahoo on the north side of Isla Cerralvo at around 2pm that afternoon using a purple Nomad lure.

There were a total of 7 wahoo weighed at the tournament scale ranging from 41lbs. to 26lbs., and a total of 13 wahoo landed during the tournament. Teams were only allowed to weigh one wahoo per boats, so only the largest was weighed. Of course, just like all wahoo tournaments, there were many reports of wahoo striking lures then biting right through the line.

If you would like to participate in next year’s Wahoo Gold Cup at Hotel Palmas De Cortez on August 20, 2022, please visit our website at www.vanwormerresort.com for more info. 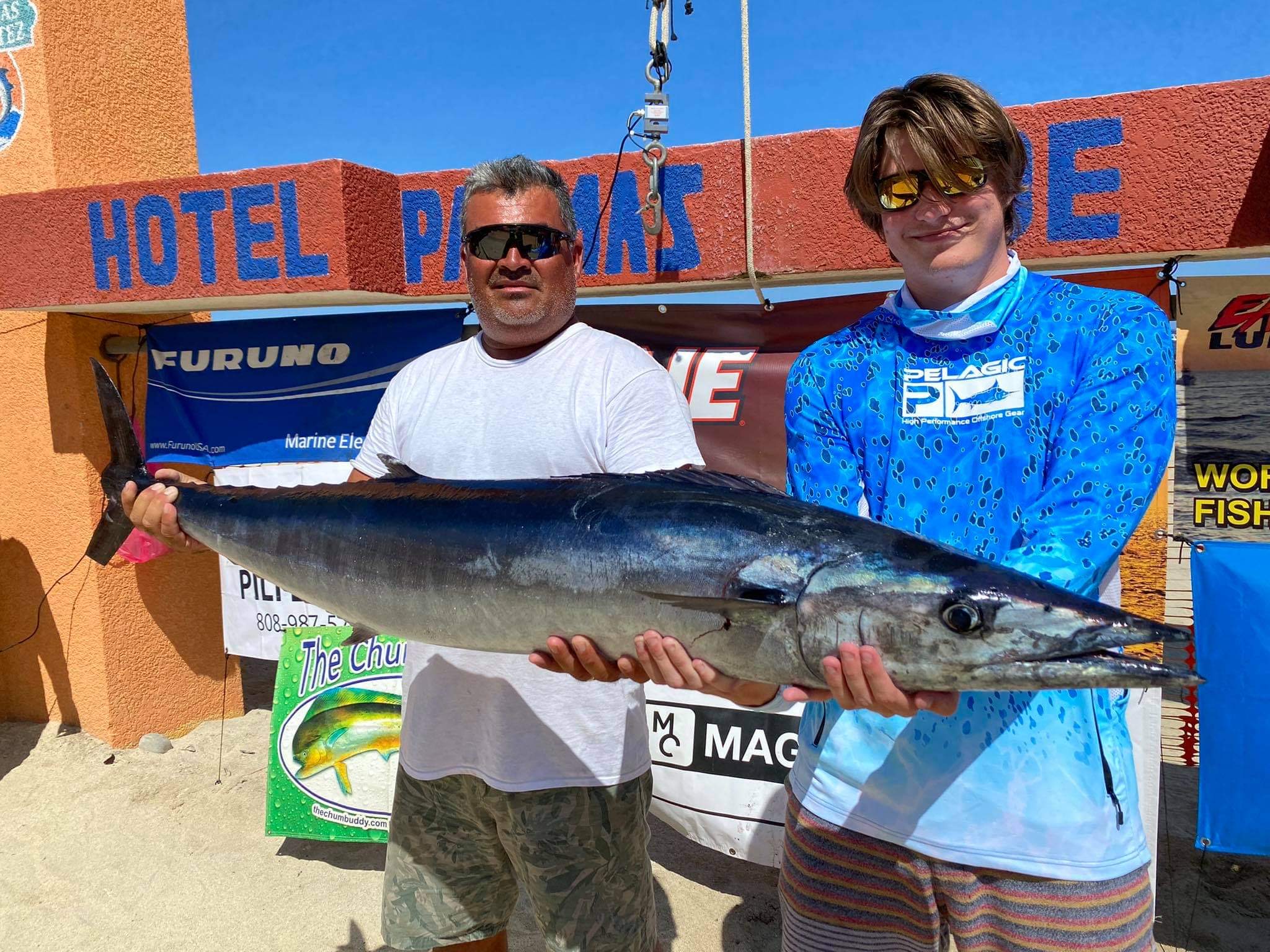 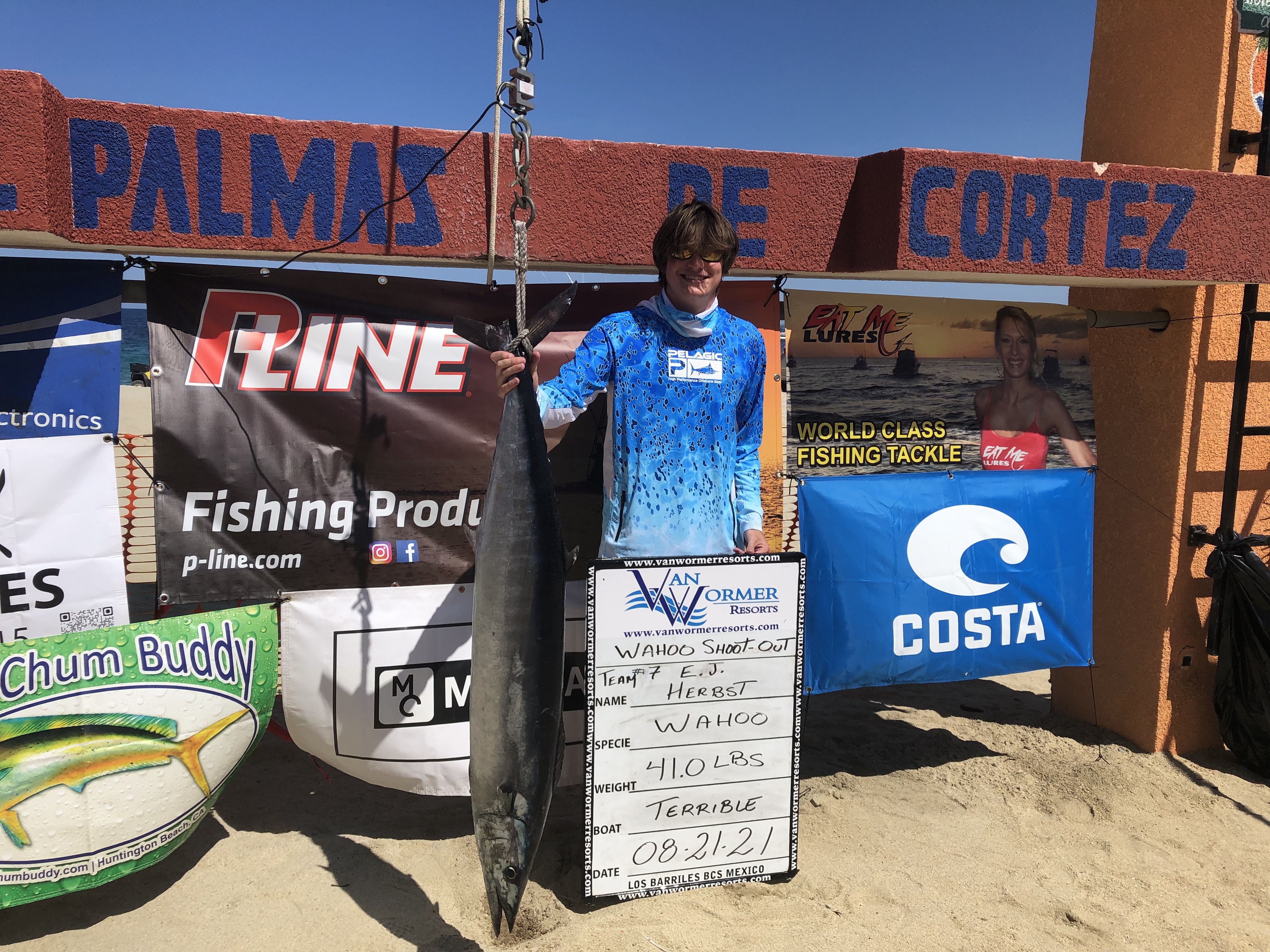 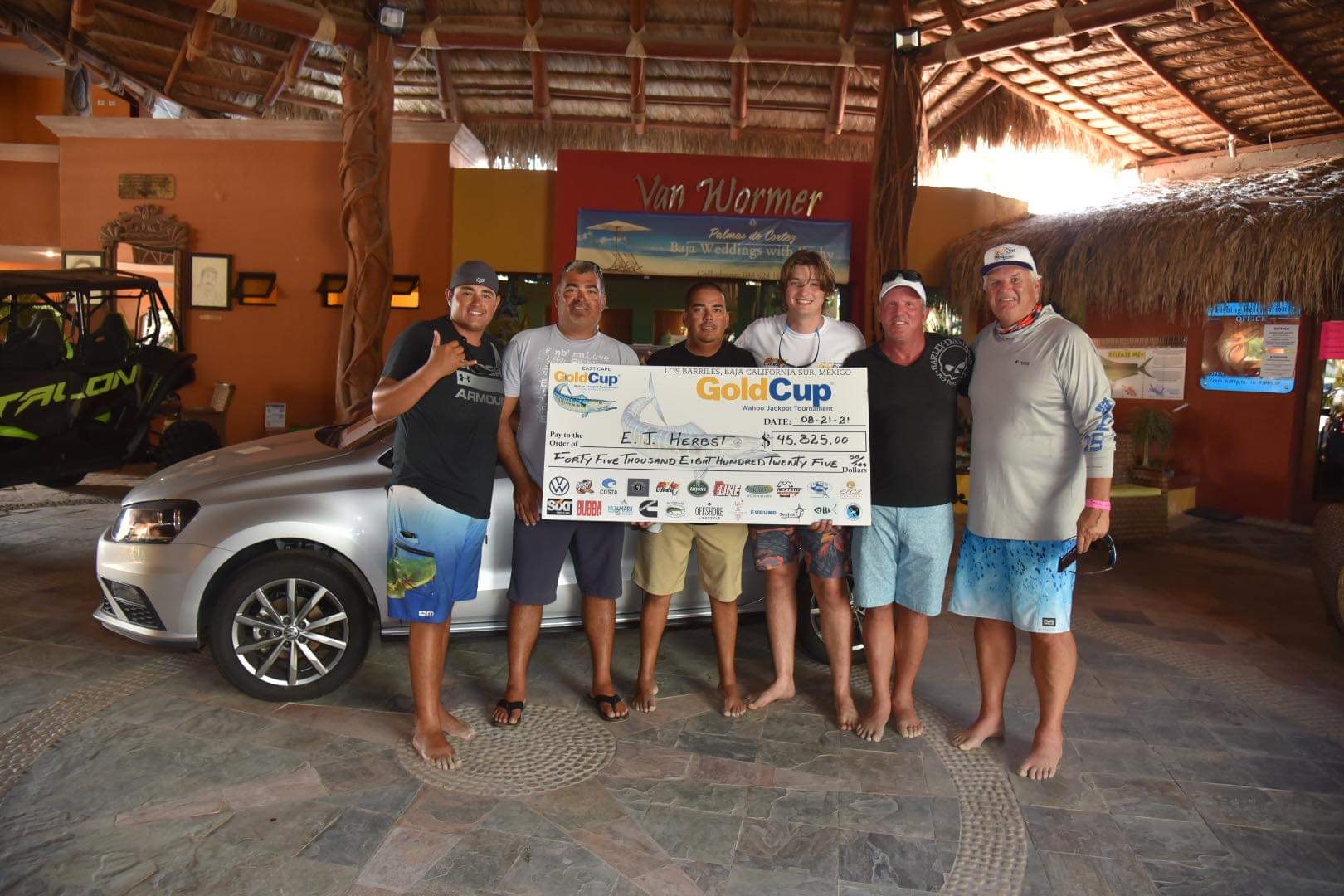 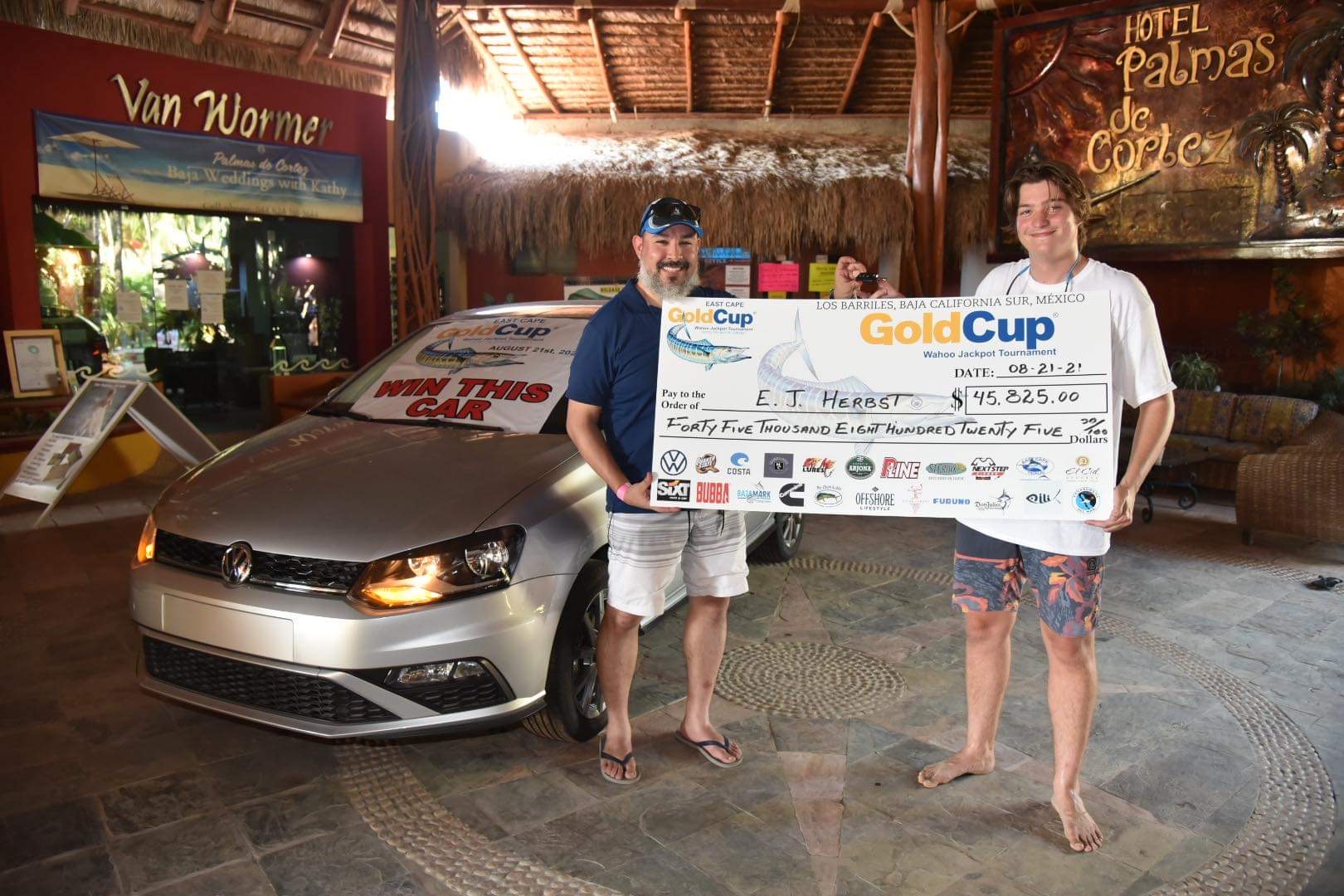 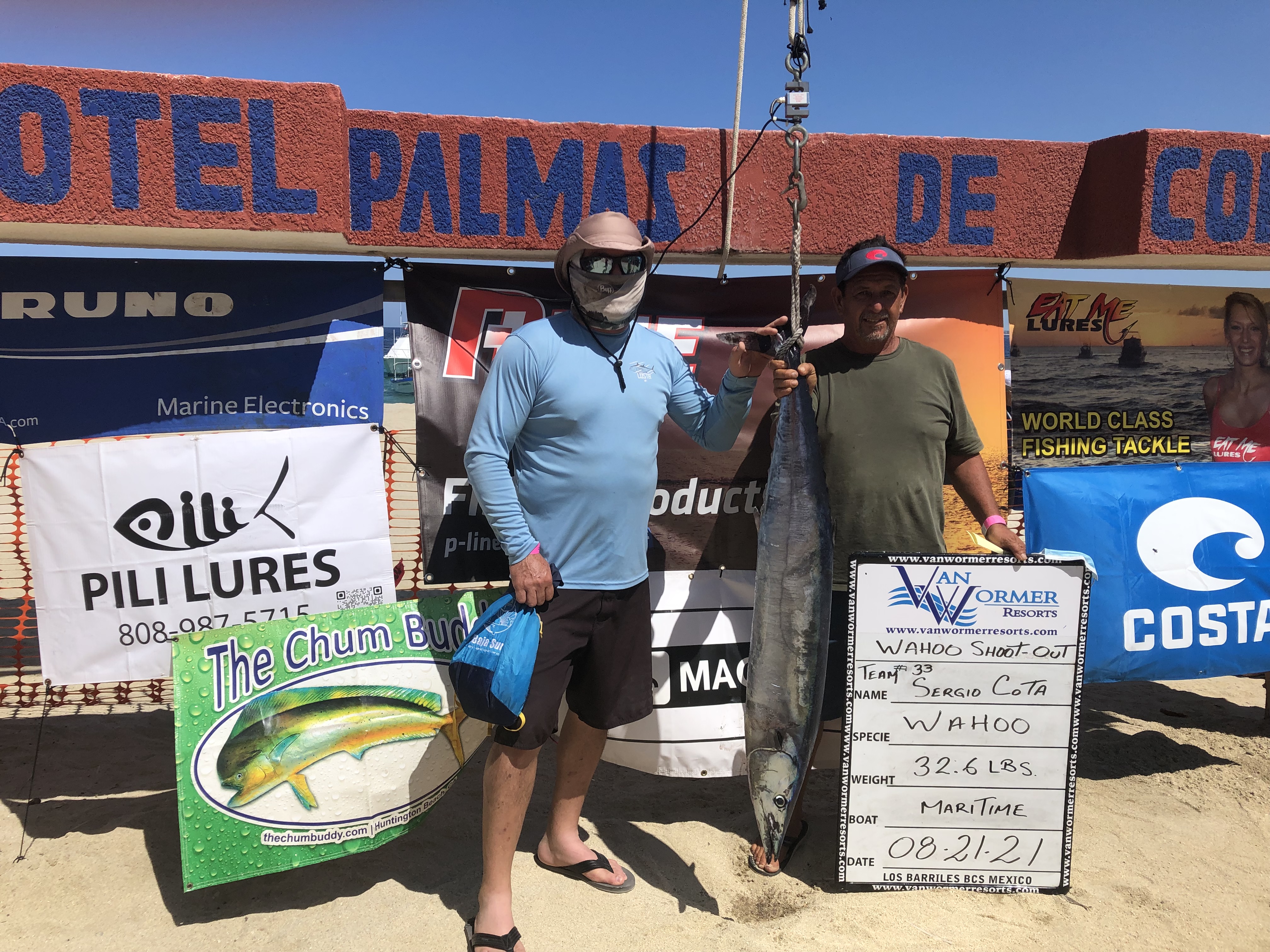 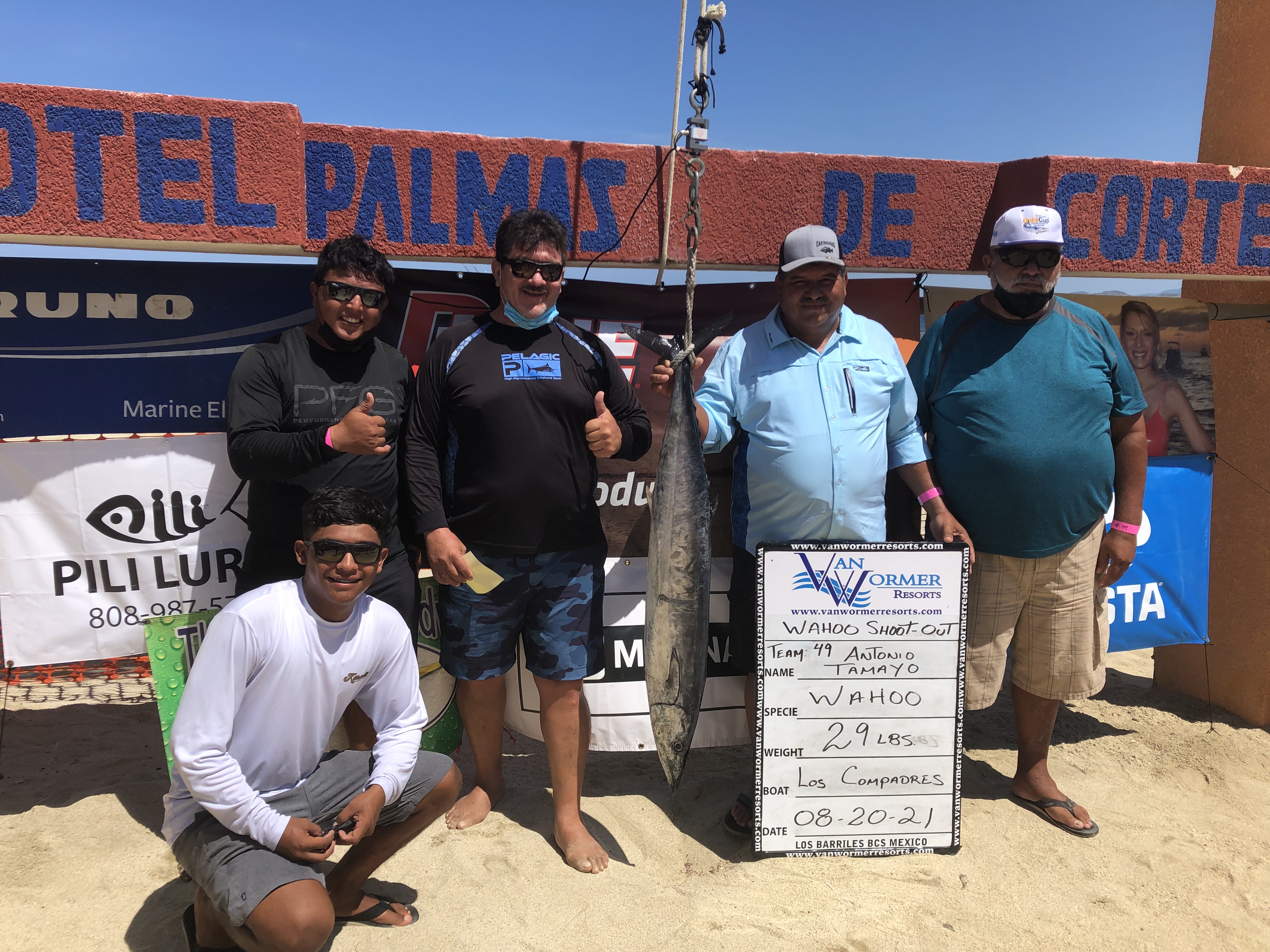