Well the 2016 Dorado Shoot Out is in the books and we had a record turnout with over 380 participates and 123 boats this year.   We also had a record amount in Jackpot money with more than $103,000 paid out to the winners.  Unfortunately the dorado did not cooperate and once again the winning fish weighted in at 12.6lbs.  The winning Team was our defending champions Team Borracho, with Angler Don Southard and Steve Cole taking home the Toyota Tacoma.  Team Borracho fished on the cruiser Bite Me with captain Chuy.  This was the same team that won last year with a 12.9lbs. dorado.  Congratulations to the winners and thank you to all the teams that participated in this year’s tournament.  Next year’s Dorado Shoot Out will be on Saturday, July 15th.

Even though the dorado have not cooperated for the most part all year, almost all the other species have been on fire.  This week the story has been the amount of marlin being landed by the fleet.  A great number of billfish have moved into the East Cape and the fleet has been landing plenty of Blue Marlin, Striped Marlin and Sailfish each day.  It has been the second straight season that we have seen this marlin invasion, which has really helped with the absence of the dorado.

If you are looking to land a roosterfish, then you need to get down to the East Cape right now.  I can not recall ever seeing the rooster in as thick as they are in now.  We are seeing some world class roosters in the 60-80lbs. range.  The fly fishing clients have been in Rooster heaven with multiple shots at large roosters each day.

Really other than the absence of the dorado, the fishing is very strong right now.  Anglers are really enjoying the variety of species they are getting to fish for each day.  A typical day we will see wahoo, tuna, roosters, jacks, cabrilla, blue marlin, striped marlin, sailfish and more!

The weather is definitely heating up and it looks like the fishing is as well.  August is generally the month where everything is down here and the fishing is wide open, so make your plans to get down the East Cape and spend a little time with us!

That’s it for now amigos!  Until next time!  Eddie Dalmau/Baja’s Van Wormer Resorts 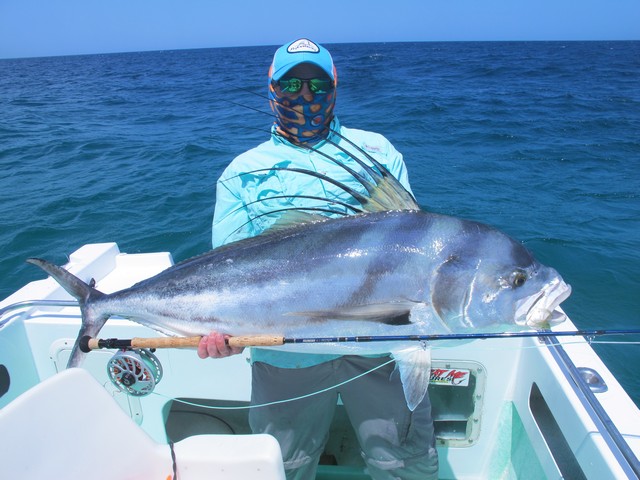 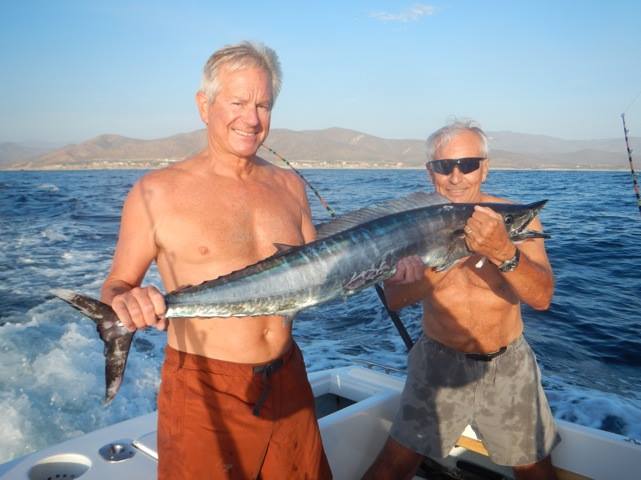 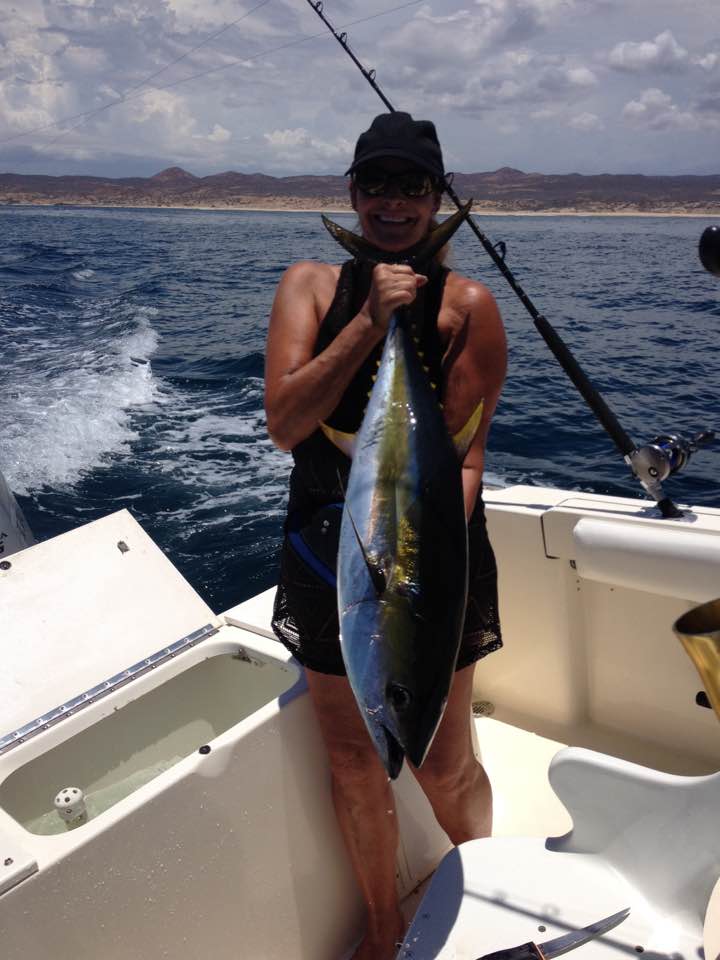 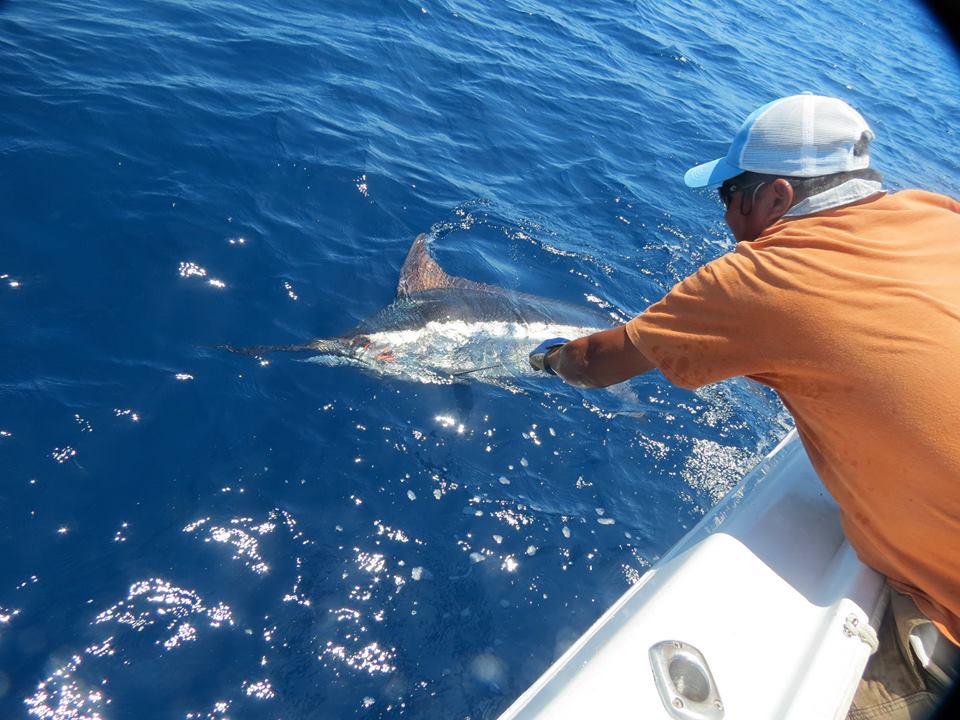 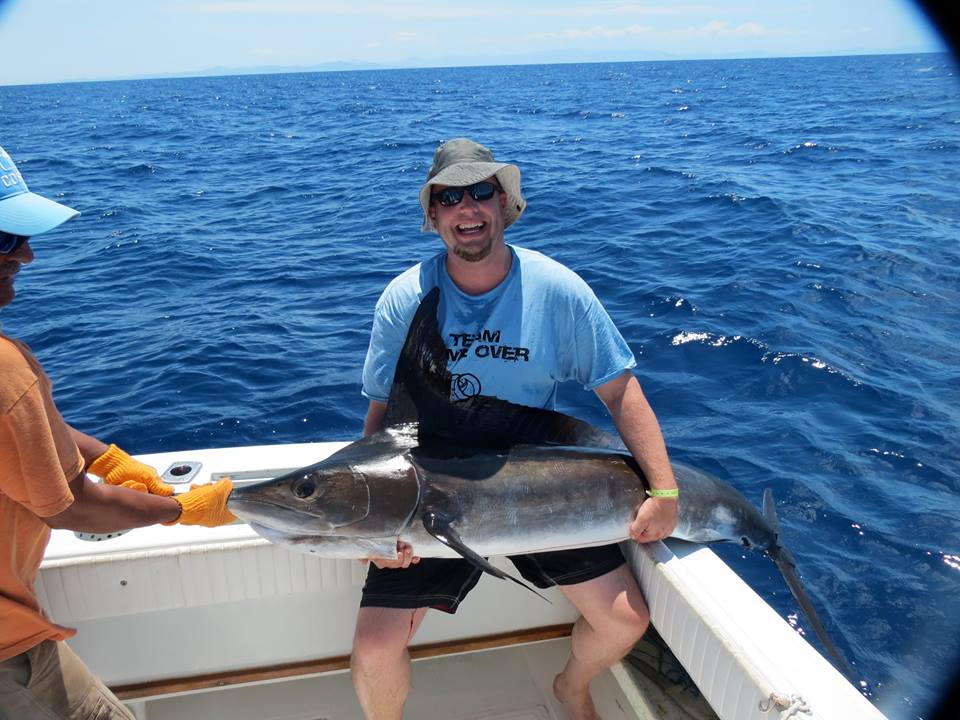 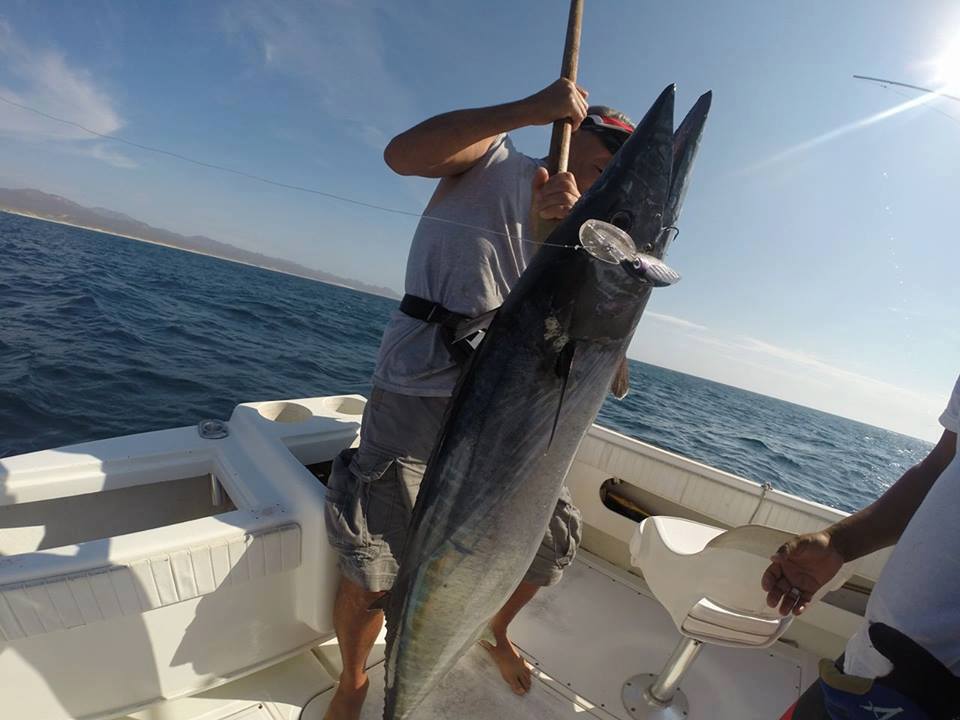 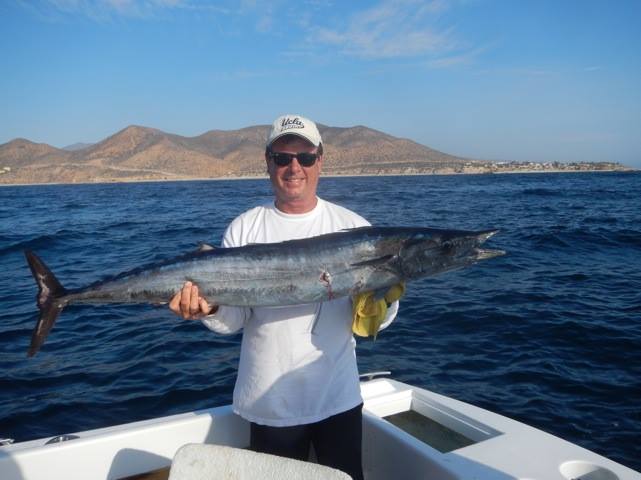 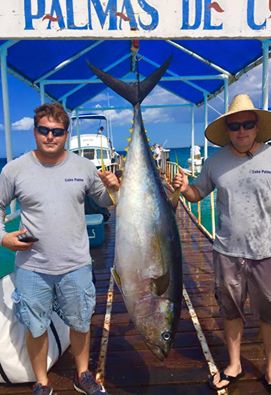 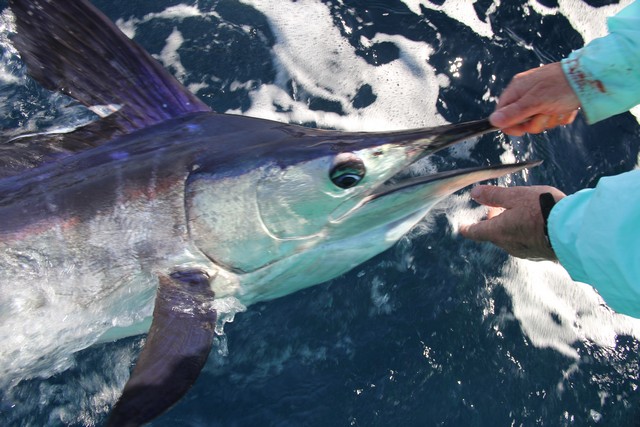 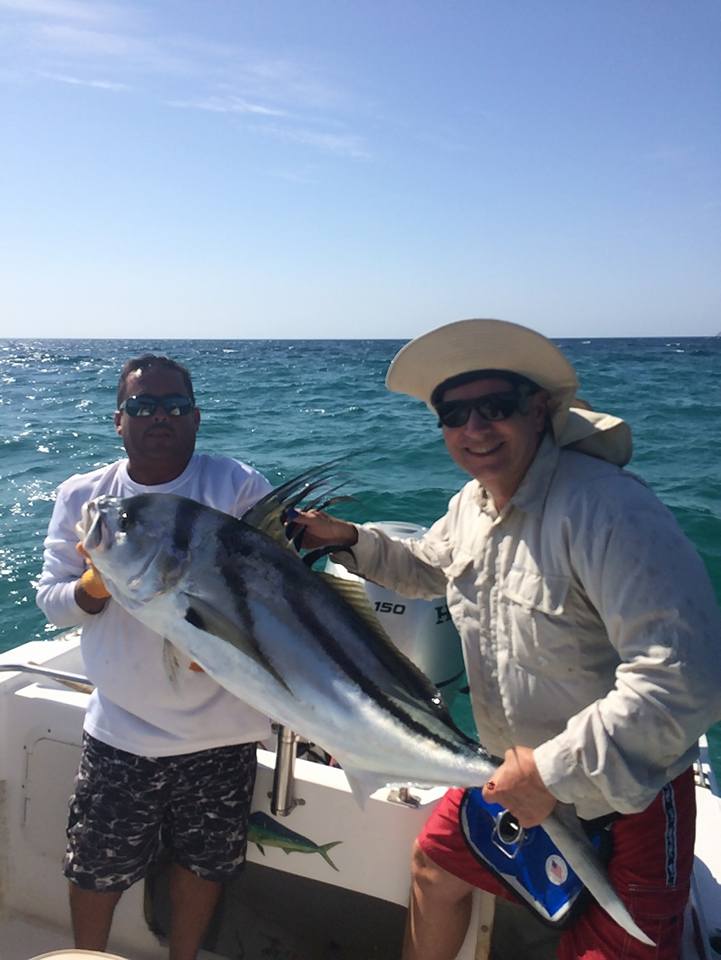 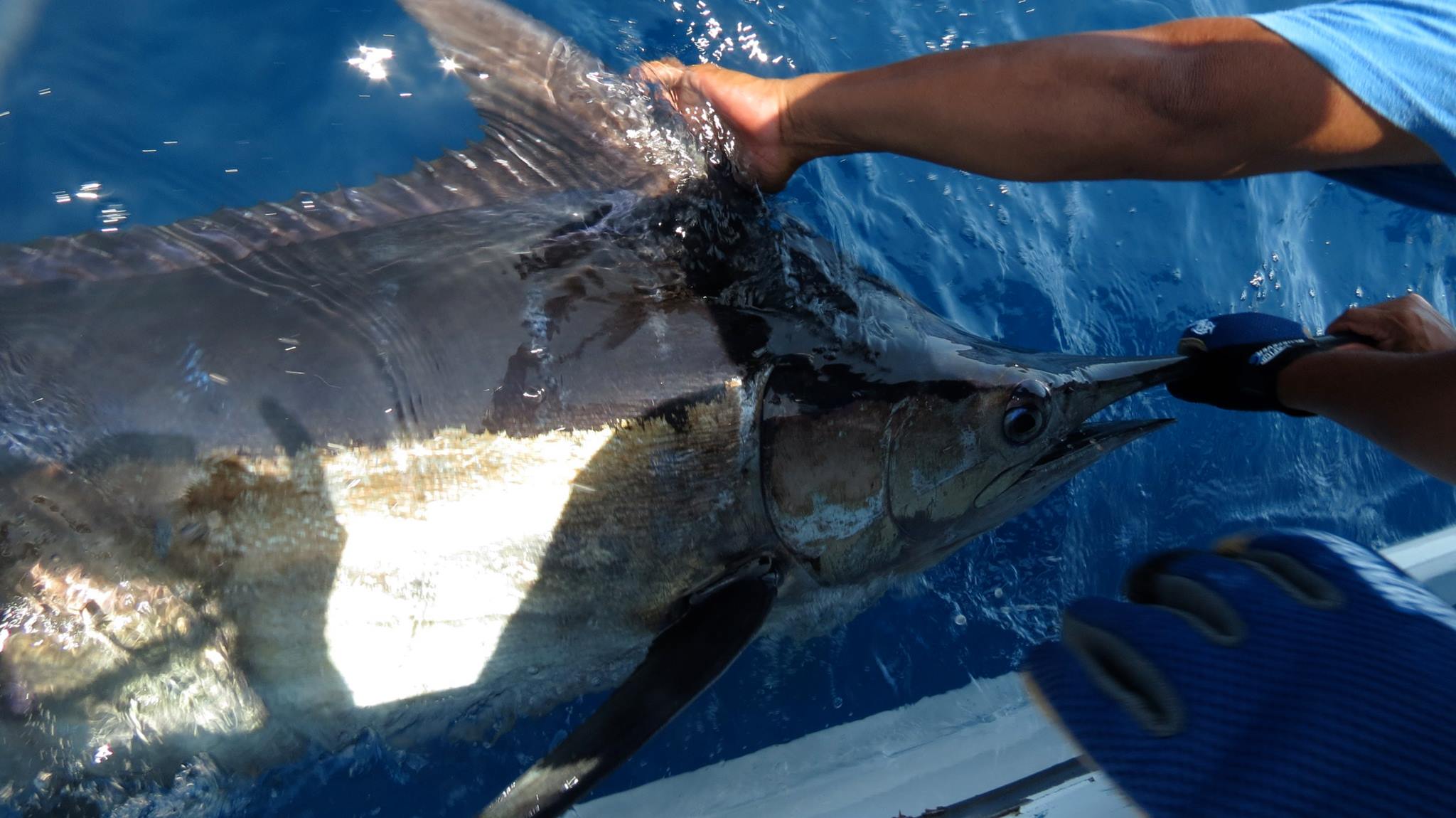 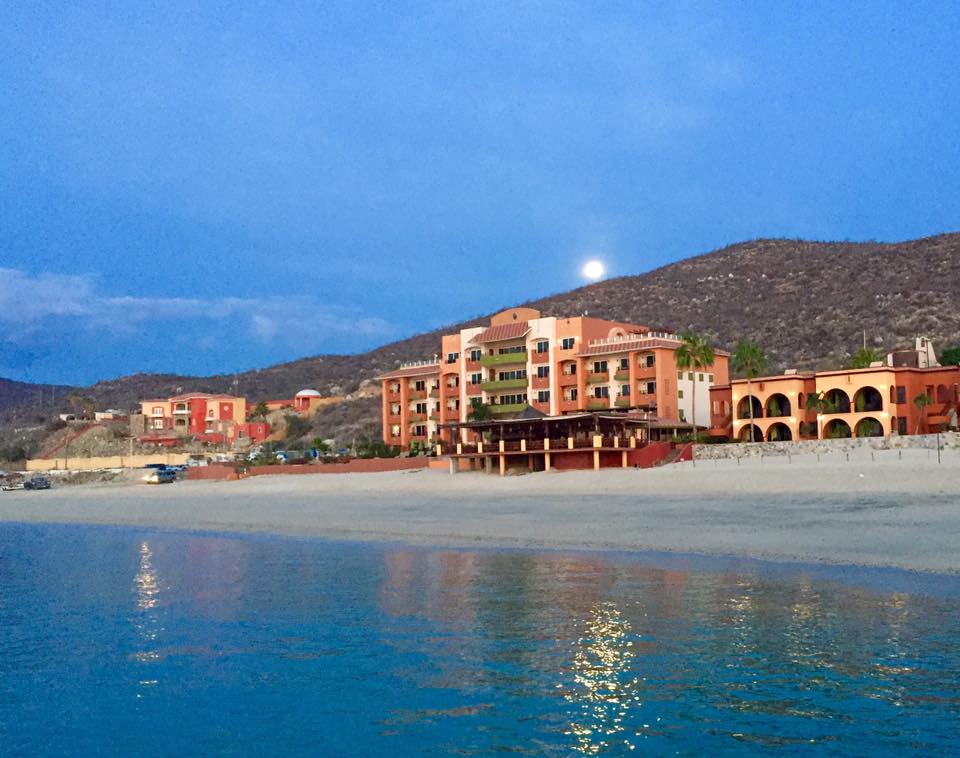 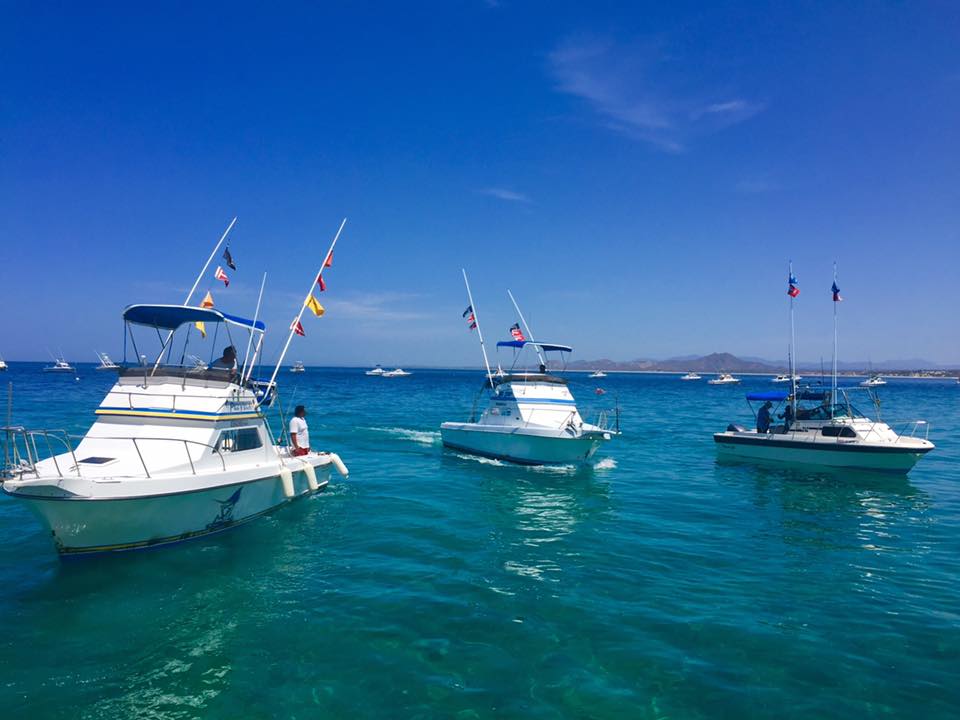