The last couple of weeks have been up and down, with some days being better than others.  The fishing continues to be much better than this time last year and we are seeing quite a variety of species in the area.  This has been the case pretty much the entire year so far, with tuna, dorado, rooster, wahoo, striped marlin, blue marlin, sailfish, black marlin, swordfish, jacks, pargo, and more.

In the last two weeks we saw more swordfish in the East Cape as well as black marlin.  Two species that are not seen too often down this way, but when they are around it brings lots of excitement.  The dorado seemed to disappear for a while and then then week we started to see a few nice dorado hit the dock.  On Monday, Dean Lawver and his family were fishing with Mark Daugherty of East Cape Guides on the cruiser “Pez Vela” and landed one of the biggest dorado of the season weighing in at 46lbs.  This was a very welcome site with the Dorado Shoot Out tournament just 10 days away.

The tuna are still in the area, but are in constant motion, so some days have been better than others.  We ended the month with the Keep’n It Reel, Fish and Chips tournament which was won by the cruiser “Time Out” with a very impressive 213lbs. yellowfin tuna.  This was one of about a dozen tuna that were landed in the area weighing in at over 100bs..  The largest of these tunas was landed on the cruiser Jen Wren, who landed the biggest tuna in over 10 years at a whopping 313lbs.

Roosters have also been very steady this year, from when we first started seeing good numbers in May to today, those who have targeted roosters have been rewarded.  The 5th Annual Roosterfish fly fishing tournament took place at the end of June and 5 teams landed 20 roosters on the fly.  Then right after came the 50th annual International Roosterfish Tournament, which is the longest running tournament at Van Wormer Resorts.  They landed 42 total fish in three days of fishing.

If you are looking for billfish, then you need to make plans to come down right now.  The last week we saw a significant jump in the number of billfish landed.  With all the billfish arriving in July, this is going to be a very good year for billfish.  We are seeing lots of striped marlin and blue marlin, which has always been our bread and butter.  There are also plenty of sailfish around and many anglers are landing the grand slam in one day (Blue, Striped and Sail).  With the unexpected arrival of the swordfish, many boats have had multiple shots at one of the oceans strongest fighting fish around.  Now landing it is another story.  We also saw a couple of black marlin landed in the last two weeks, with we normally see about 2 per year if we are lucky.  This has been an excellent year so far for billfish and we expect to see more and more as the summer goes on.

Fishing is great, weather is warm and the cervezas are cold!  Come spend a few days with us down in paradise!  Hope to see many of you down here soon!  That’s it for now amigos….Eddie Dalmau/Baja’s Van Wormer Resorts 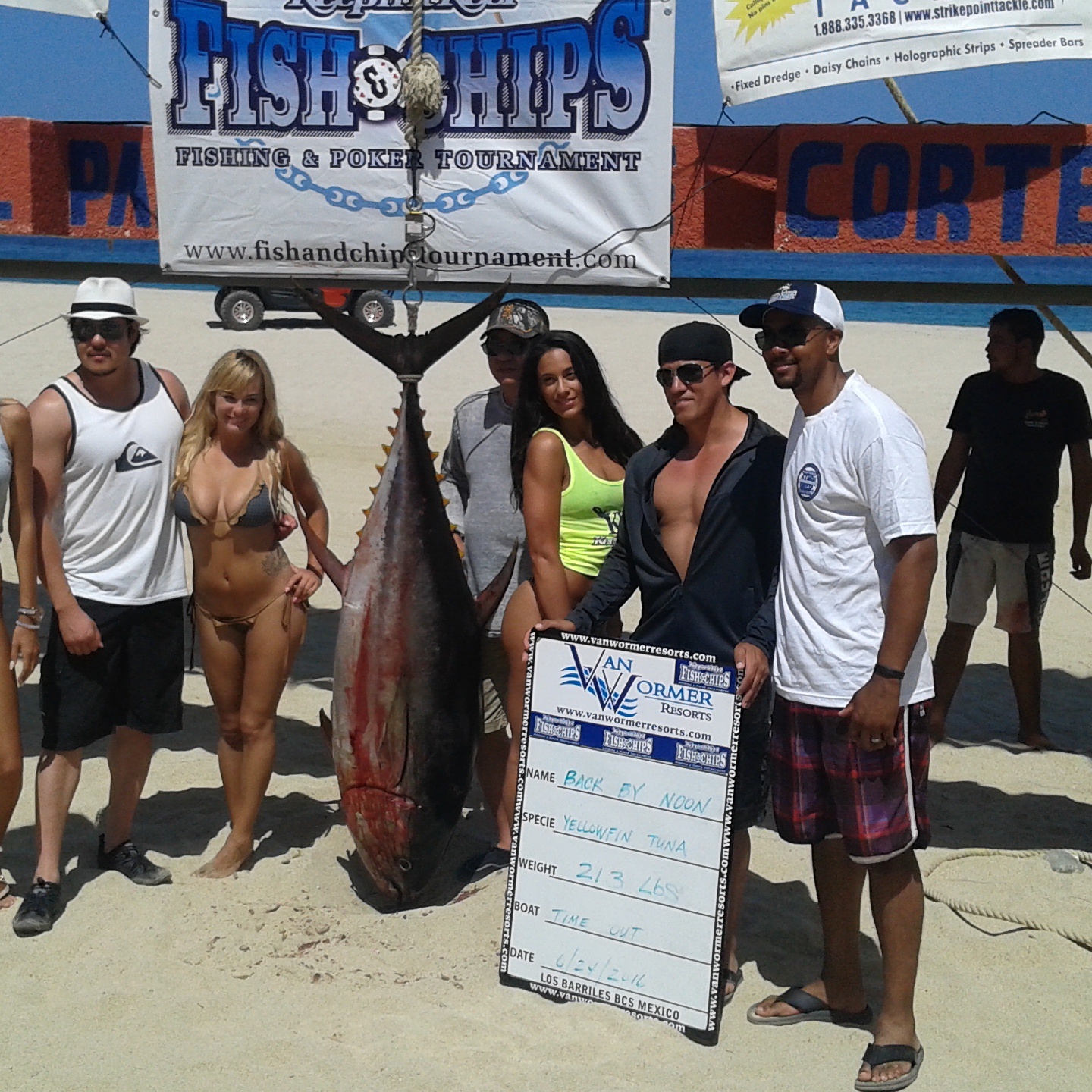 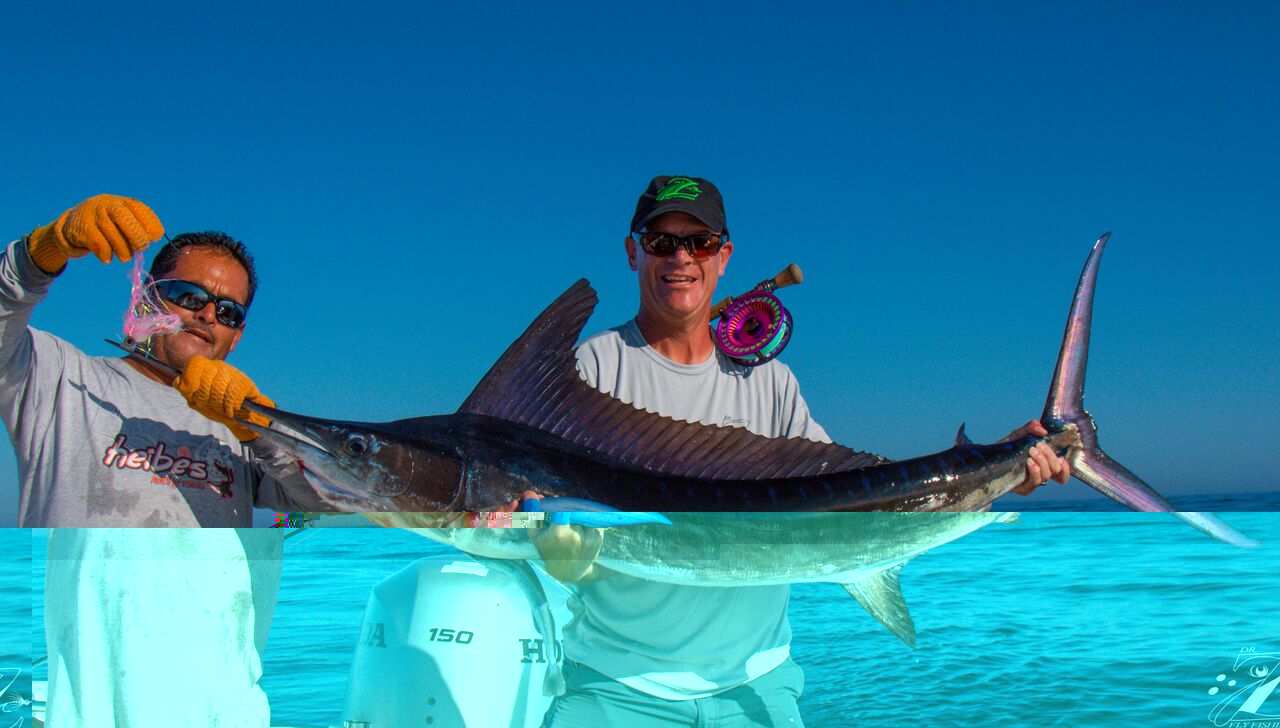 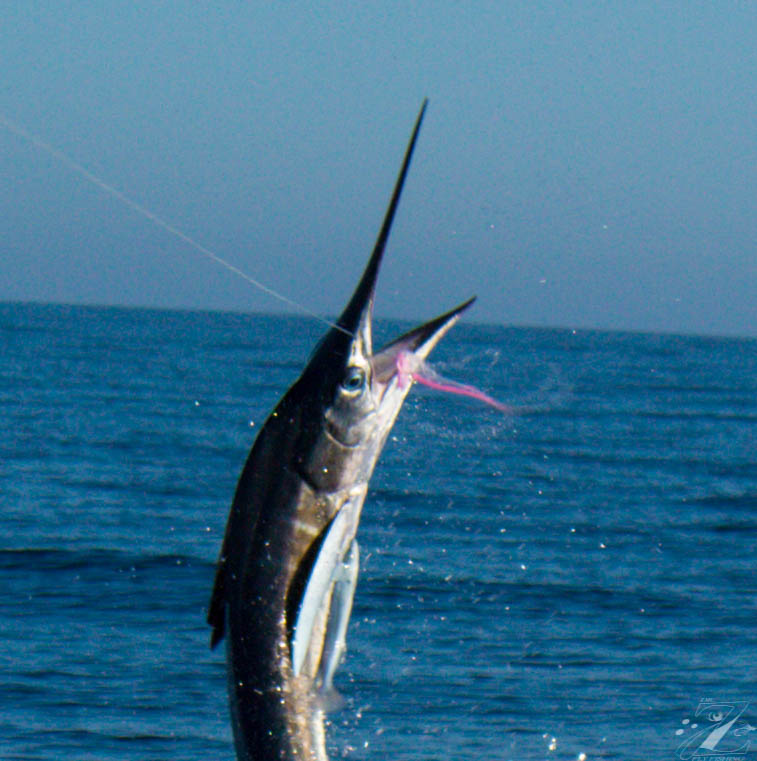 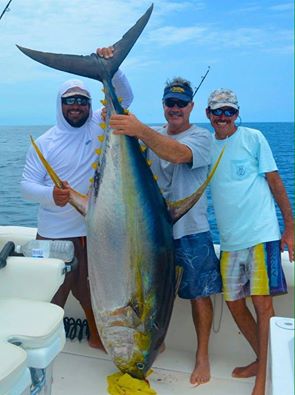 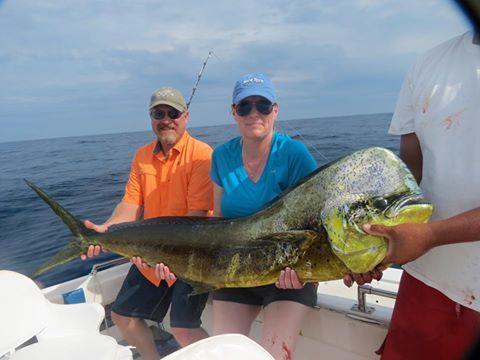 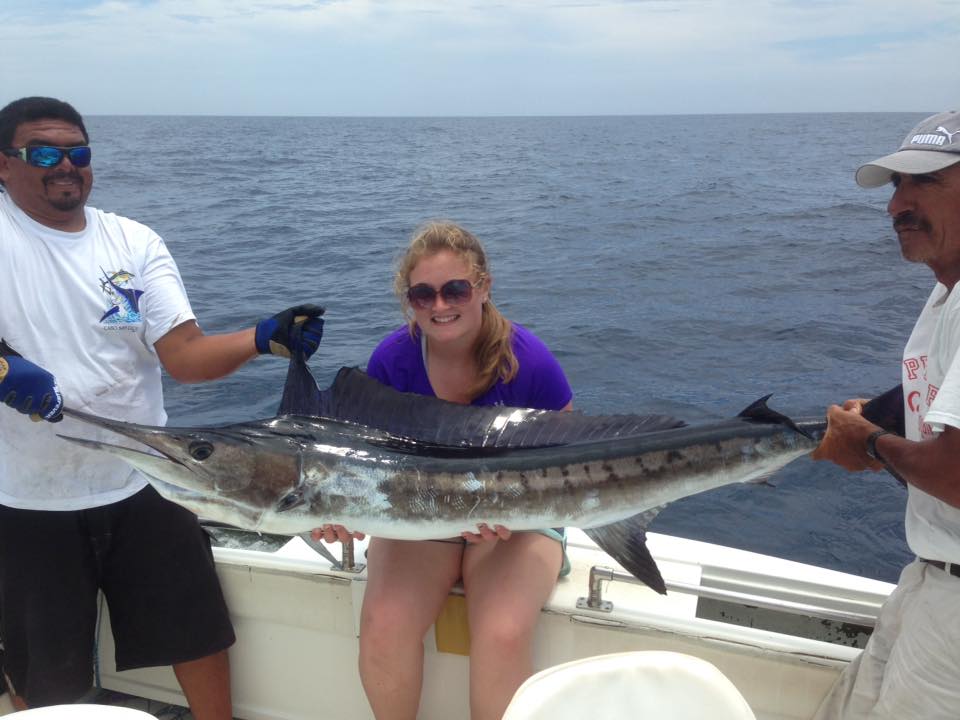 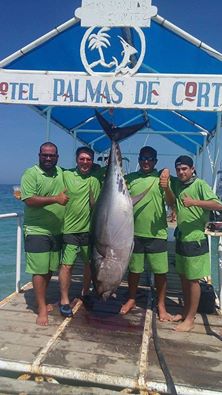 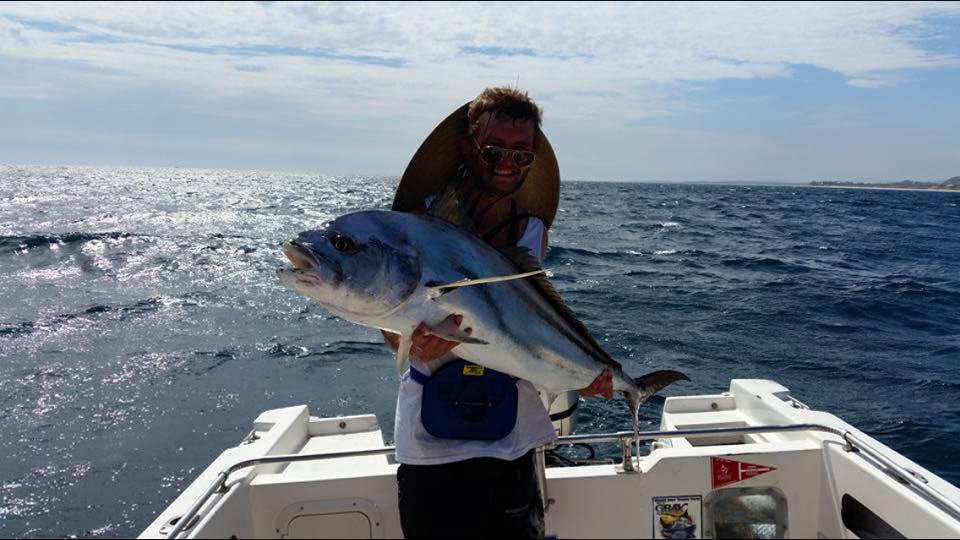 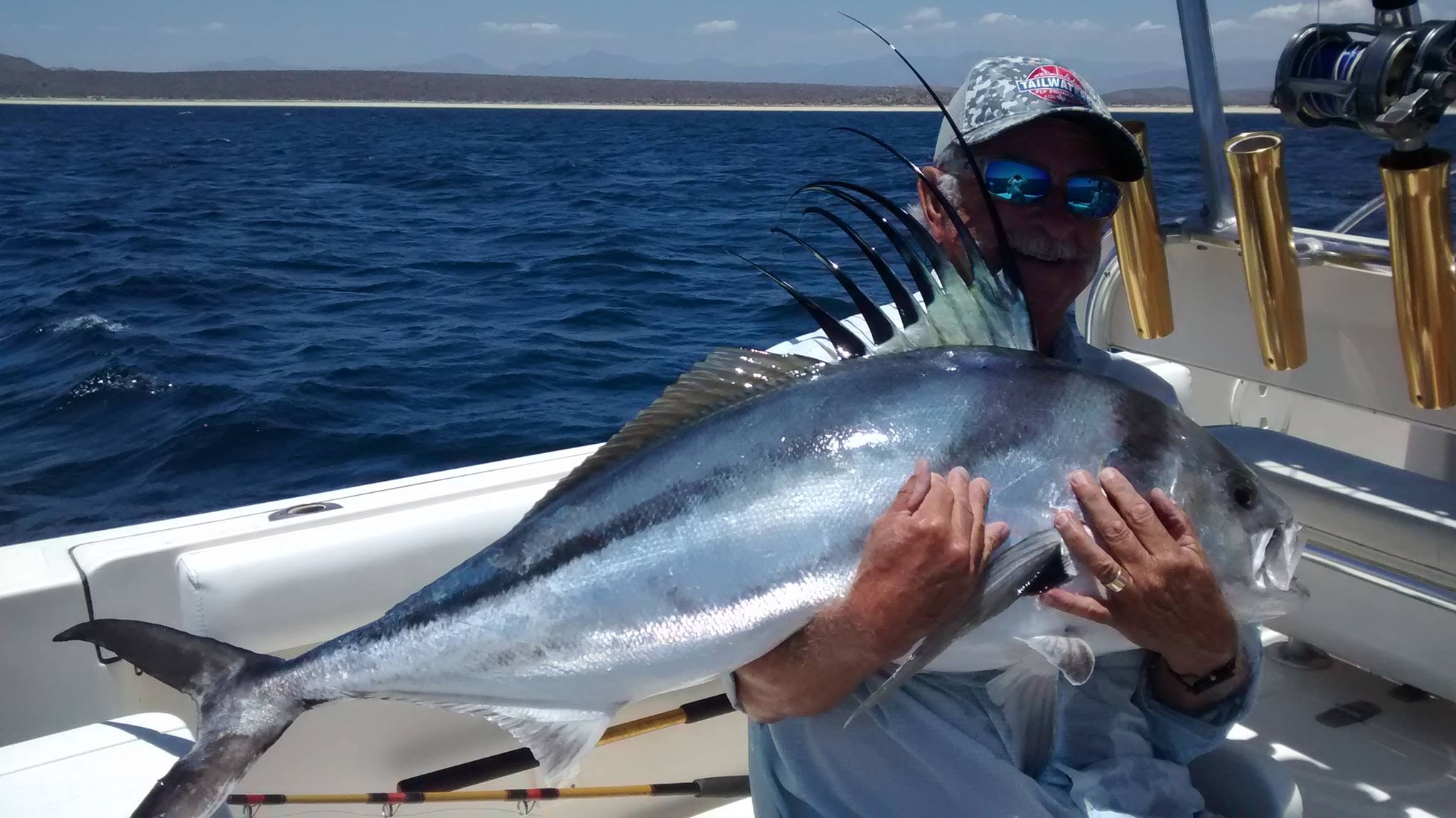 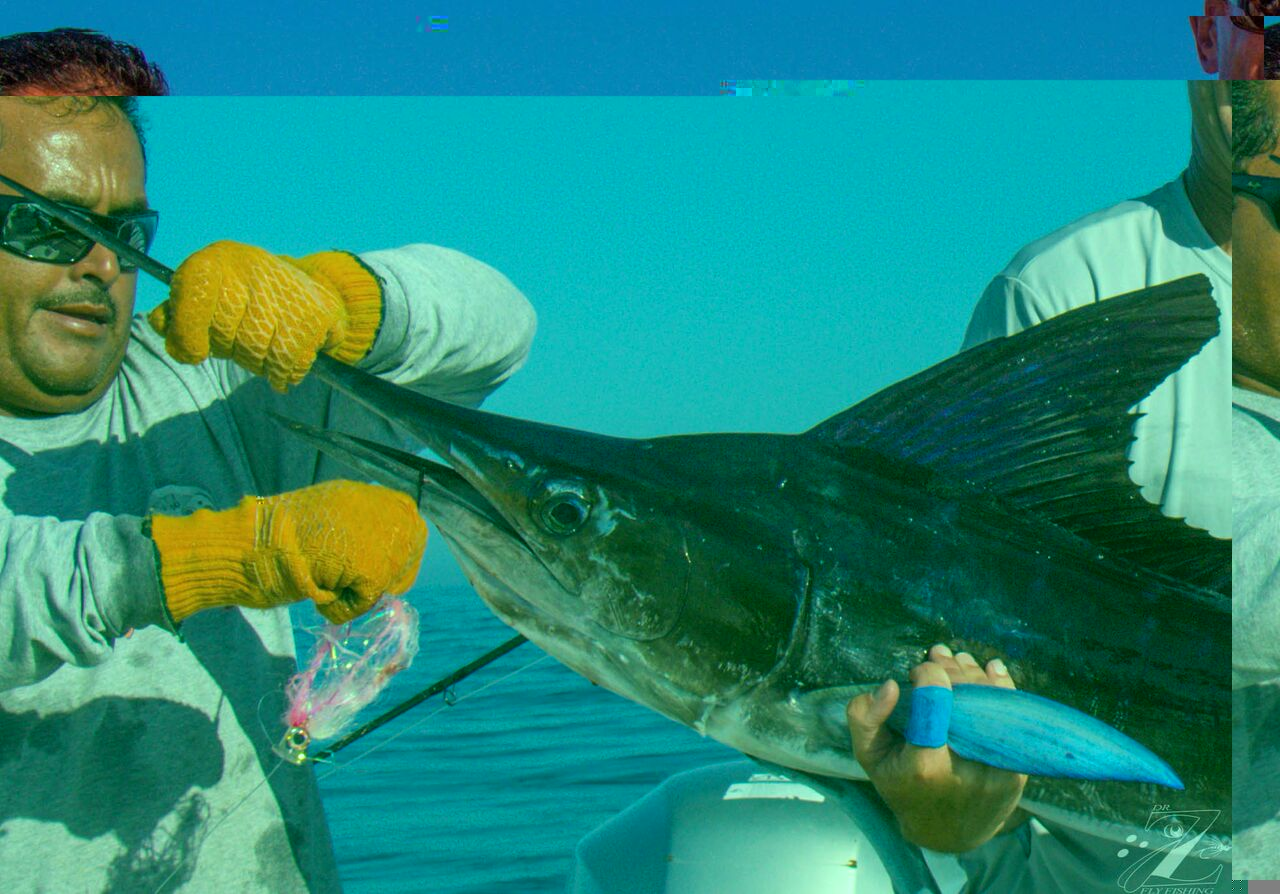