Hola Amigos!  Well the season continues to be very good, especially compared to the last two seasons.  We are seeing lots of different species down on the East Cape these last two weeks, and anglers are having some great days on the water.  It has not been wide open by any means, but there have been enough good days to send guest home with lots of fish and very happy.  The really fun part so far this season is the variety of species we are seeing from week to week.  Right now if you were to come fishing on the East Cape you could expect to catch blue marlin, striped marlin, sailfish, yellowfin tuna, dorado, roosterfish, wahoo, pargo, cabrilla, jacks, sierra and even swordfish.

The marlin bite has been up and down depending on the day.  Somedays you will see one or two marlin flags on the boats and other days you’ll see 3 to 6 flags per boat.  Many days it will depend on what else is biting or what the guest is looking for, but it has been very steady from week to week.    The new catch and release program has been very successful in lowering the amount of billfish that have been taken.

The dorado bite has been very similar to the marlin bite.  Some days are better than others, but it has been steady from week to week.  We are still seeing bigger dorado than we were seeing last year, but most have been between 15-30 pounds.  I believe the new “release all dorado under 32 inches” program has also helped in not killing any dorado under 10lbs.

We have had a very good tuna bite these last two weeks.  As every other species some days are better than others.  We are seeing mostly football size tuna in the area, but the fleet has landed 4 tuna over 130lbs.  There was also a tuna caught by a private boat down here that weighed in at over 240lbs.

The wahoo bite, which has very impressive all season, slowed down for a few days as the water temps. dropped about 5 degrees from one day to the next.  We did not see any wahoo for about 6 days, then in the last 3 days we started to see them again.  Yesterday we saw 5 landed by the fleet, so it looks like they are back in town.

The roosterfish have also been here all season and this week in no different.  The last few weeks we have seen quite a few roosters over 40lbs. and even some in the 50-60lbs. range.  Again this varies depending on the clients and what they are looking to catch, but those looking for roosters are definitely finding them.

And lastly, this week we were fortunate to have landed a few swordfish.  When that water cooled and the wahoo left for a few days, this brought a school of swordfish into the East Cape area.  We usually don’t see swordfish that often in the Sea of Cortez because of our water temperatures, but there were a few around for about a week.

That’s if for down here in Los Barriles!  Lots of species to be landed and lots of fun to be had!  Hope to see many of you down here soon!  Eddie Dalmau/Baja’s Van Wormer Resorts 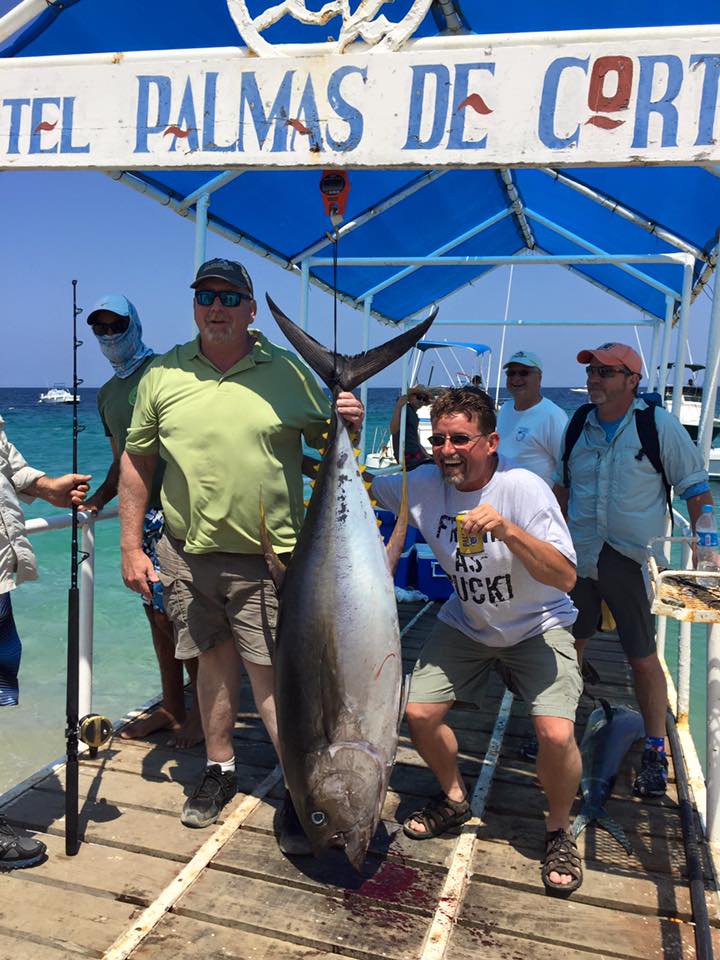 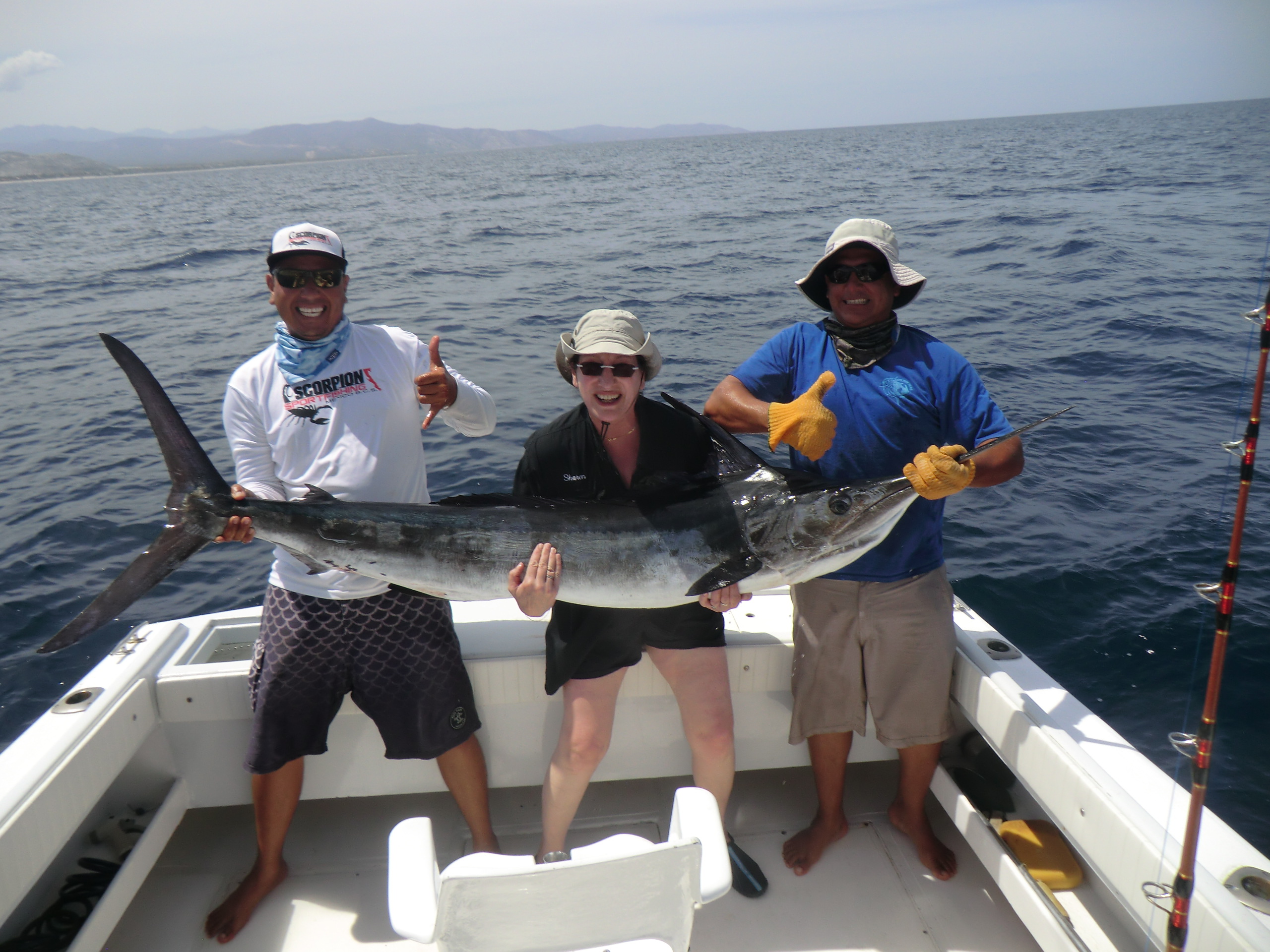 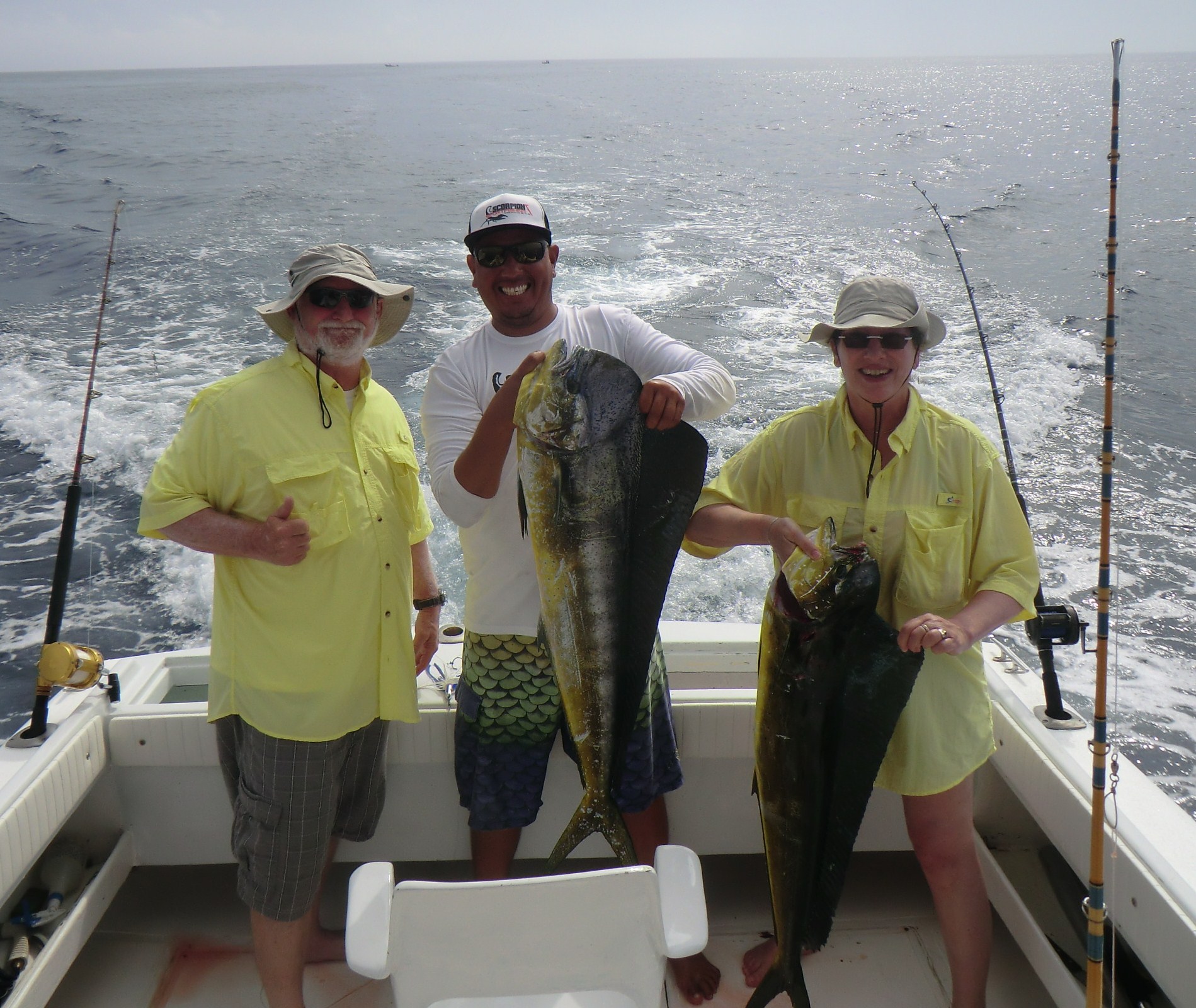 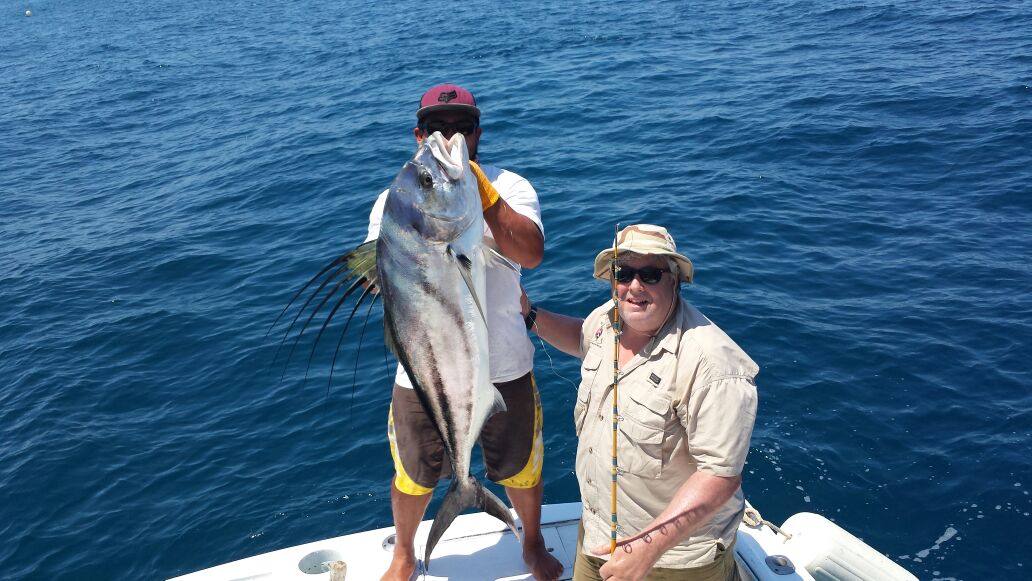 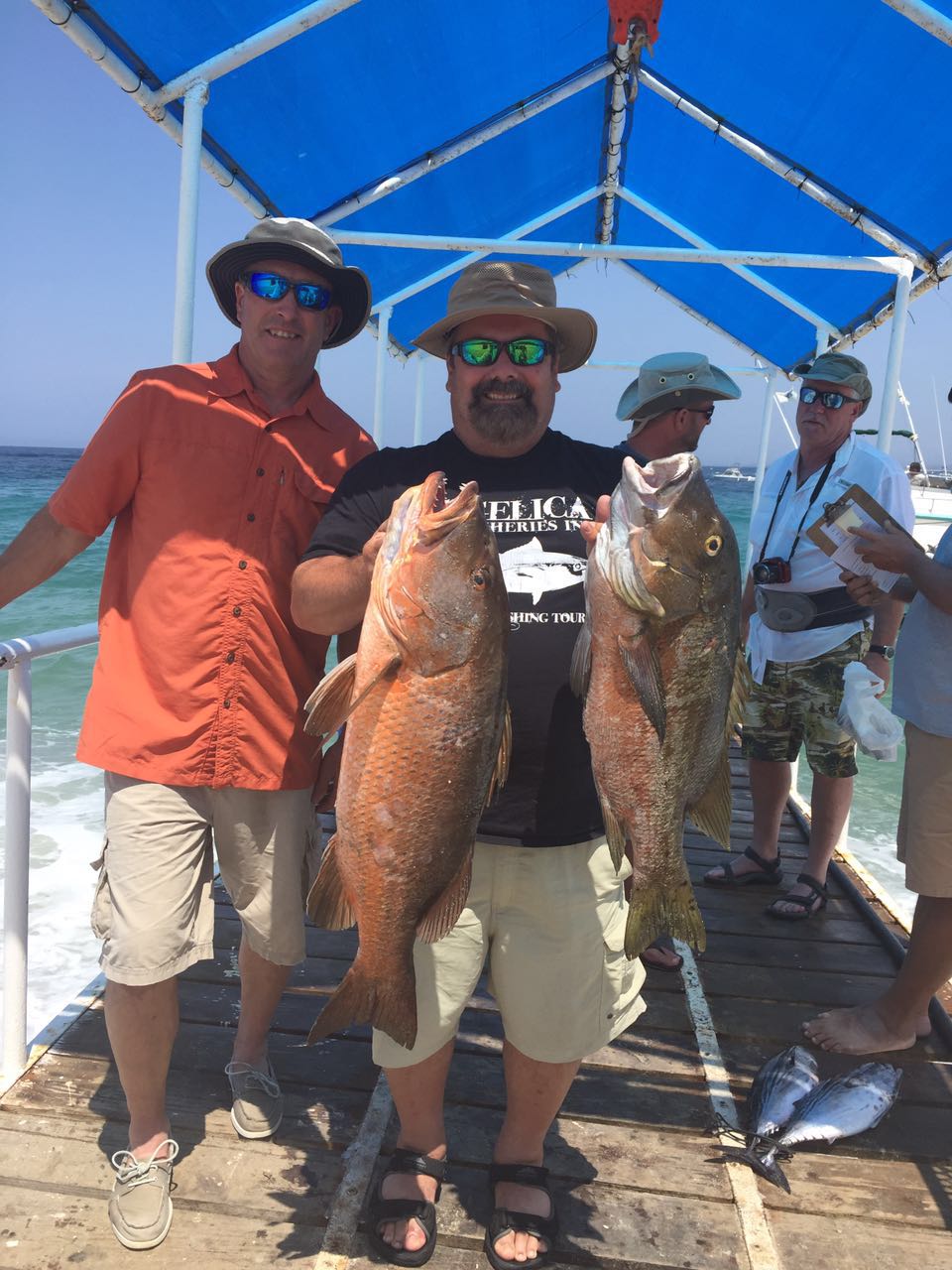 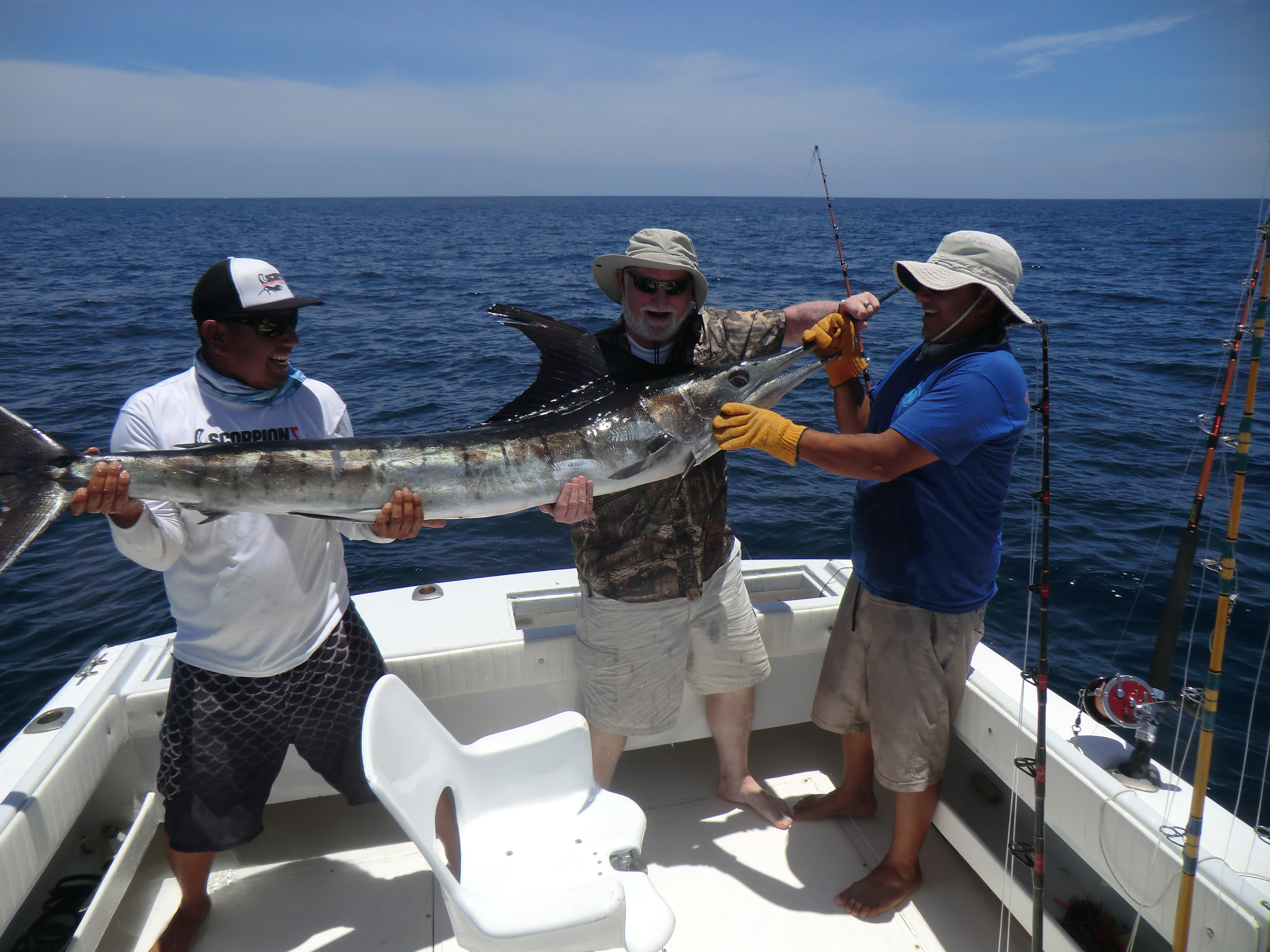 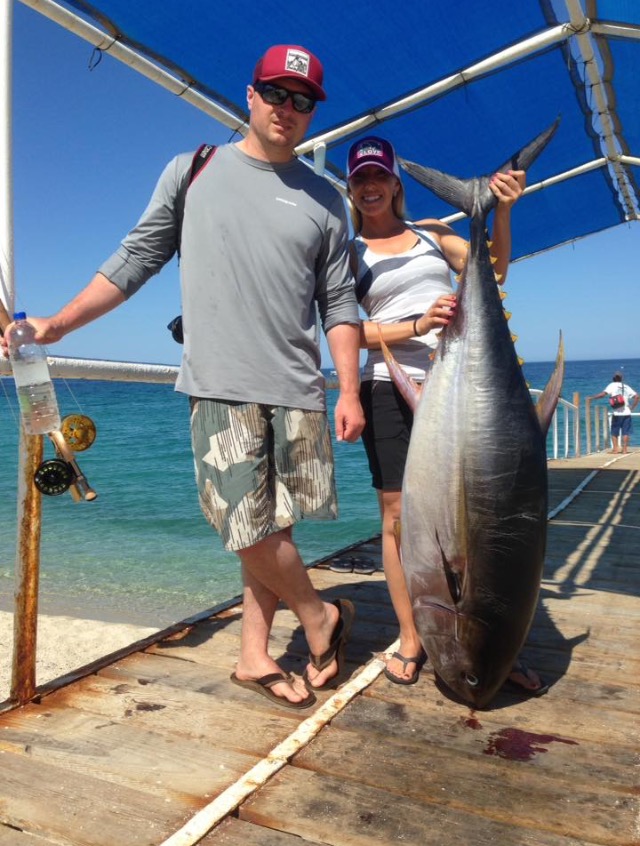