The weather is getting hotter and so is the fishing. The water conditions and the over all fishing is the best start to a season in the last three years. A cold California current is very active this year bringing with it the micro nutrients that feed the baitfish and draw the big predators. The past two weeks has witnessed a steady increase in dorado, tuna and wahoo.

The big roosters have been with us since early May, their numbers better than recent previous years. I have been hearing plenty of complaints about poor beach fishing success for roosters. But, hey, it has always been tough, even when the numbers were beyond counting. The roosters have getting tougher to fool on an artificial for many years now. Desperate casts from behind a fish, or even crossing them only reinforce their already acute differentiation of the real thing from our best imitations of feathers and hair. Super long casts with a Ranger lure that draws aggressive follows at first, can eventually loose the fish’s interest long before entering fly casting range. This hail Merry tactic can put that same fish off for the next time when he comes into workable range, recently imprinted with the image of that funny white thing goes zipping and skipping across the water. His reptilian brain goes, “Nope, not food”.
Any rooster that you catch off the beach is a hard won, well deserved and special experience. Ditto from a panga. We can generally put our clients onto more shots at roosters from a boat, but they are still very difficult to fool into taking the artificial. Again congratulations for those who have pulled it off.

Back to the report: We have good numbers of Dorado arriving. Their presence has been missed the last couple of years. I for one am glad that they have returned home from Southern California and other points north. We are finding them south off the Megano, Frailes, los Cerritos, Pescadero and a slew of offshore shark buoys. Best yet they are not all peanuts either. There as good sized bulls running with the schools. We had a double digit day yesterday for the benefit of Ross Tideman, son Ryan and Son-in-law John.

The wahoo bite has been strong for a month and one of the bright spots the last two seasons. Right now the many humps between Destiladera and the Megano are holding hoos. They have recently been found hunting back into the Rincon, the little humps off loss Ceritos and Punta Colorada. Pescadero and points north have also been producing some very nice fish. One day this week Trinin on the Sonadora put his clients on five wahoo, a marlin, half dozen dorado, several tuna topped off with a big rooster.

The tuna bite has been mostly way south with some good days from light house to the la Ribera Banks. Bigger fish are being found under porpoise about 24 miles off shore.

Billfish have been with us all year, more slow and steady than ever getting real hot. Two to three to a single boat has been about the hottest it has been so far. With a cold water push around the Cape we could see those numbers go way up due to an increase in micro to macro food base. No groceries no fish. Green water has its place in a good fishery and we are seeing lots of green water circulating in with big schools of milk fish (lison) feeding in the soup. Along those chow lines we are seeing a return of the giant Manta Rays, all signs of a healthier Ocean since the advent of el Nino with its warmer water, less oxygen and plankton production. Say hello to el Nino’s better behaved relative, la Nina. With that I am in closing. Time to replace the tattered flies in the guide boxes and get ready for some great fishing days ahead.
Hasta Luego
Mike 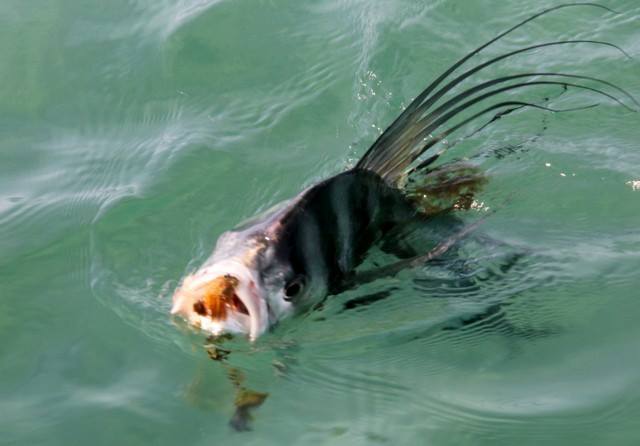 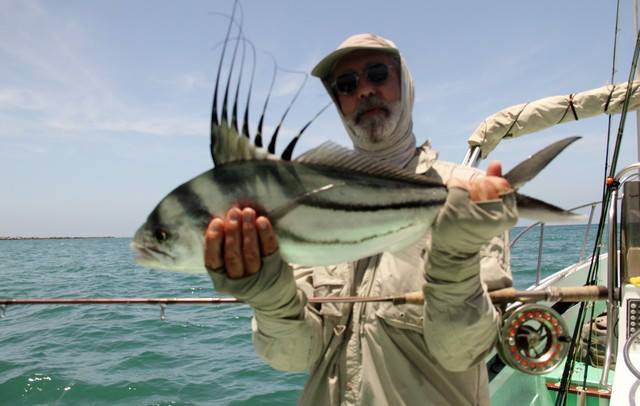 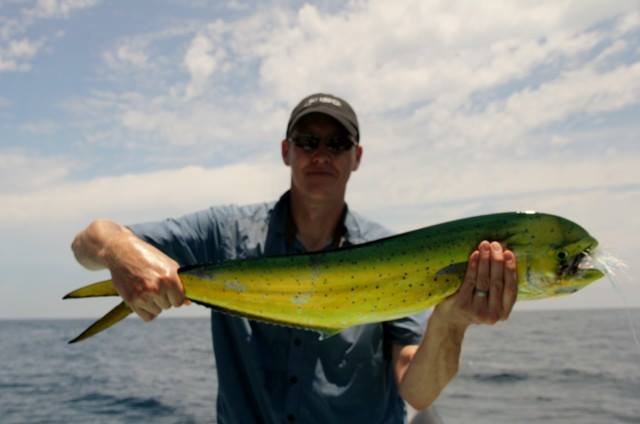 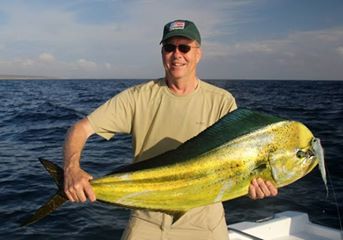 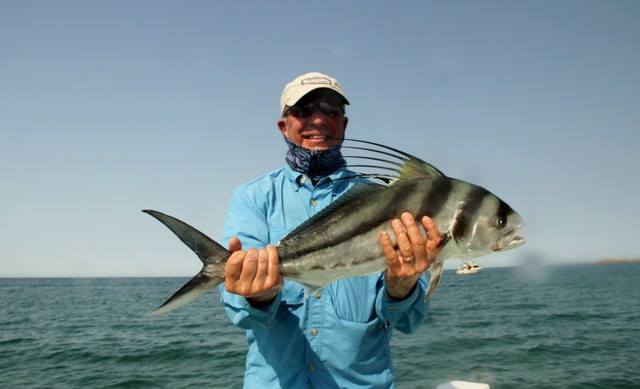 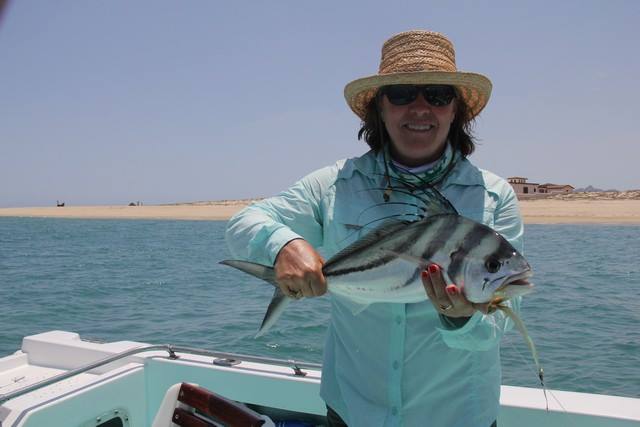 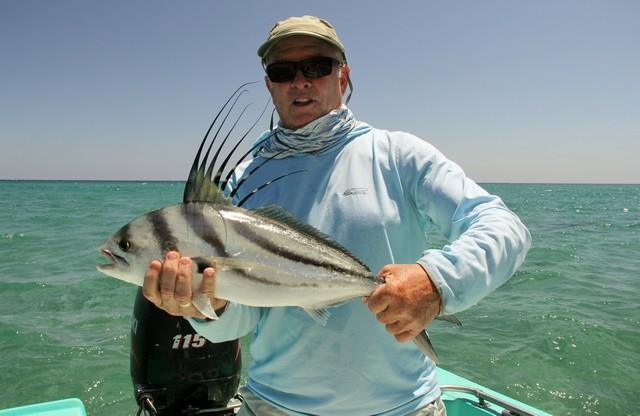 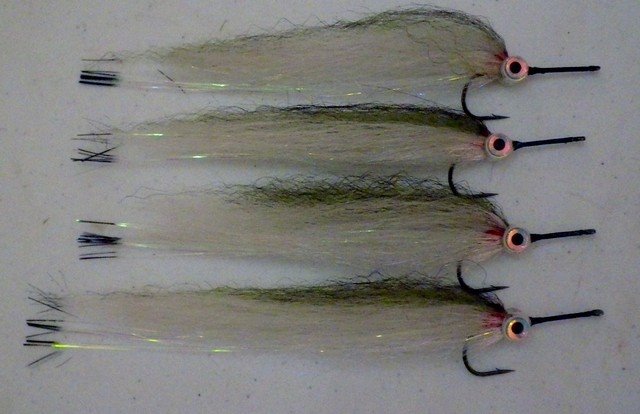 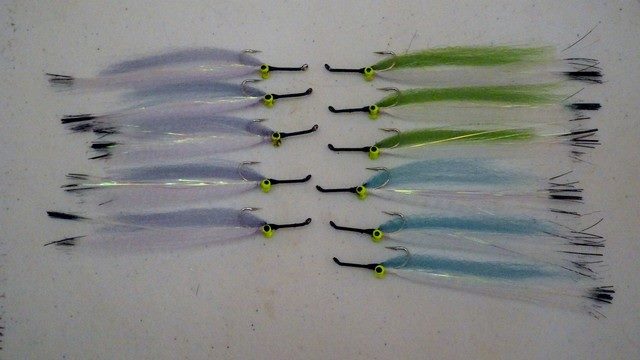