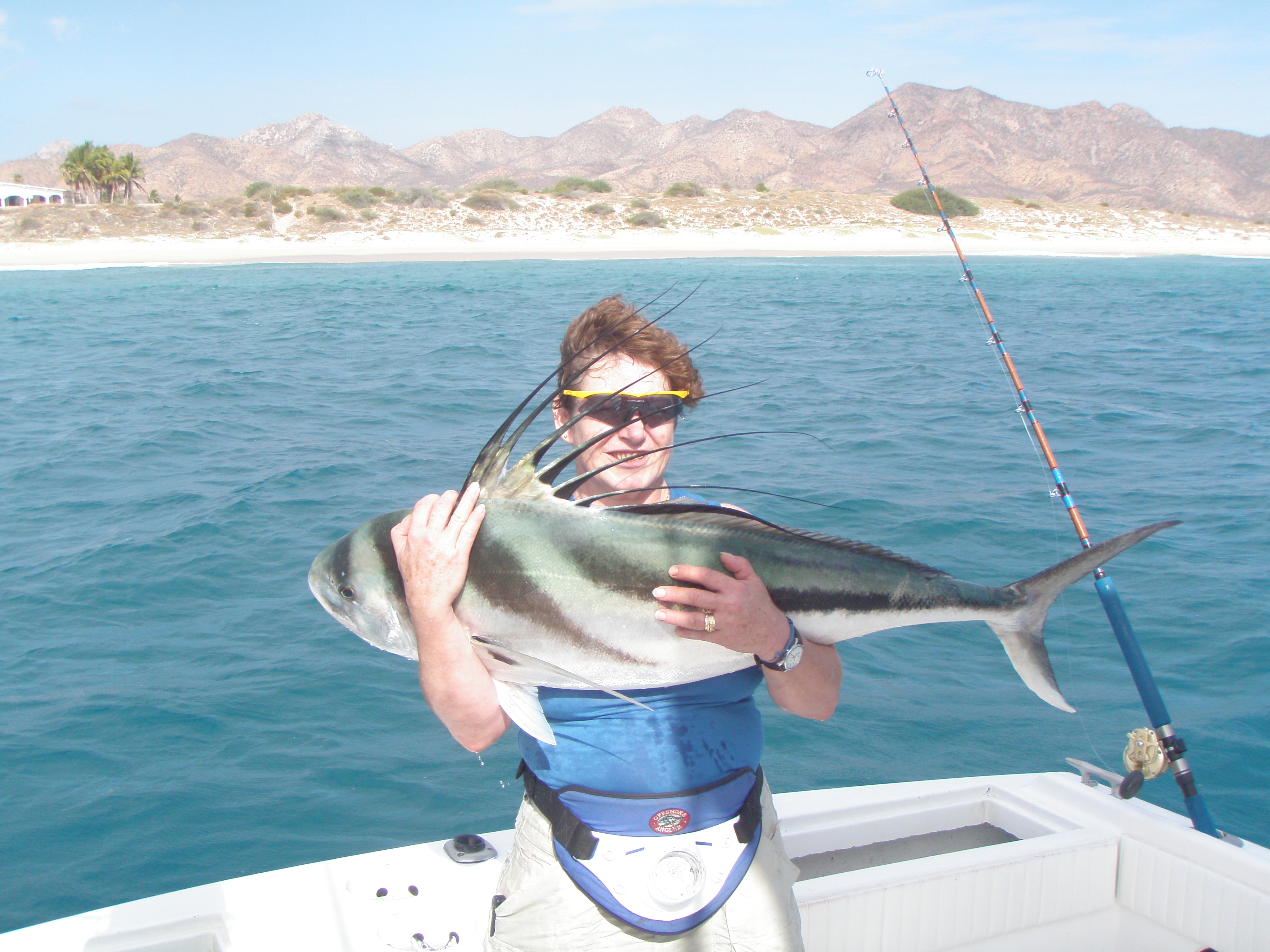 Fishing was tough this week down on the East Cape.  We had some strange weather move in and this changed the currents and turned the water very green.  Once that happened it was tough fishing all around.  Boats are still finding some striped marlin, sails, dorado, and roosters, but nowhere near the numbers we were seeing before.

Last weekend we had the 104th Fish With Me Tournament put on by our good friend Jerry Hall over at Hotel Playa Del Sol.  Jerry puts on two to three tournaments per year down at Hotel Playa Del Sol.  This year was a little slow but the group was able to land 2 Blue Marlin, 14 Stripe Marlin, 13 Sailfish,  17 Dorado, 11 Rooster fish / Other over their three days of fishing.  Top angler for this tournament was Mike Totey, Albany, Oregon

The good news is that yesterday (Thursday) things began to look up as a few boats got into the dorado and wahoo.  Then today the fishing turned around and we saw boats get into some dorado and yellowfin tuna.  The Oso Negro landed a nice tuna that weighed in at 44lbs. and the Maria II landed two tuna that weighed 33lb. and 35lbs.  Let’s hope things continue to improve as we head into the Dorado Shoot Out.  The Fishers of Men West Coast arrived on Wednesday to Hotel Playa Del Sol.   Let’s hope things continue to improve over the weekend for those guys.

We are all looking forward to Dorado Shoot Out week starting on Thursday with Registration and check ins taking place at Hotel Palmas De Cortez from 3pm-6pm in the convention center.  Registration will continue on Friday from 3pm-6pm.  The Dorado Shoot Out will begin at 7am sharp with a shot gun start in front of Hotel Palmas De Cortez.  That’s it for this week amigos!  Eddie Dalmau/Baja’s Van Wormer Resorts