Well Amigos,  It was another great season down the the East Cape!  Van Wormer Resorts ended the season with a few great tournaments, starting with the 3rd Annual Tuna Shoot Out at Palmas De Cortez. There were 24 teams and 81 people that participated in this year's tournament.  This year's tournament offered anglers the option of starting from 3 locations, La Paz, East Cape and Puerto Los Cabos.  The winning angler was Kirk Johnson from Utah.  Kirk fished on the Ballihoo out of hotel Palmas De Cortez and won the tournament with a nice 48.5lbs. yellowfin tuna.  Kirk took home over $9,000.00 in cash which included the $300 jackpot. 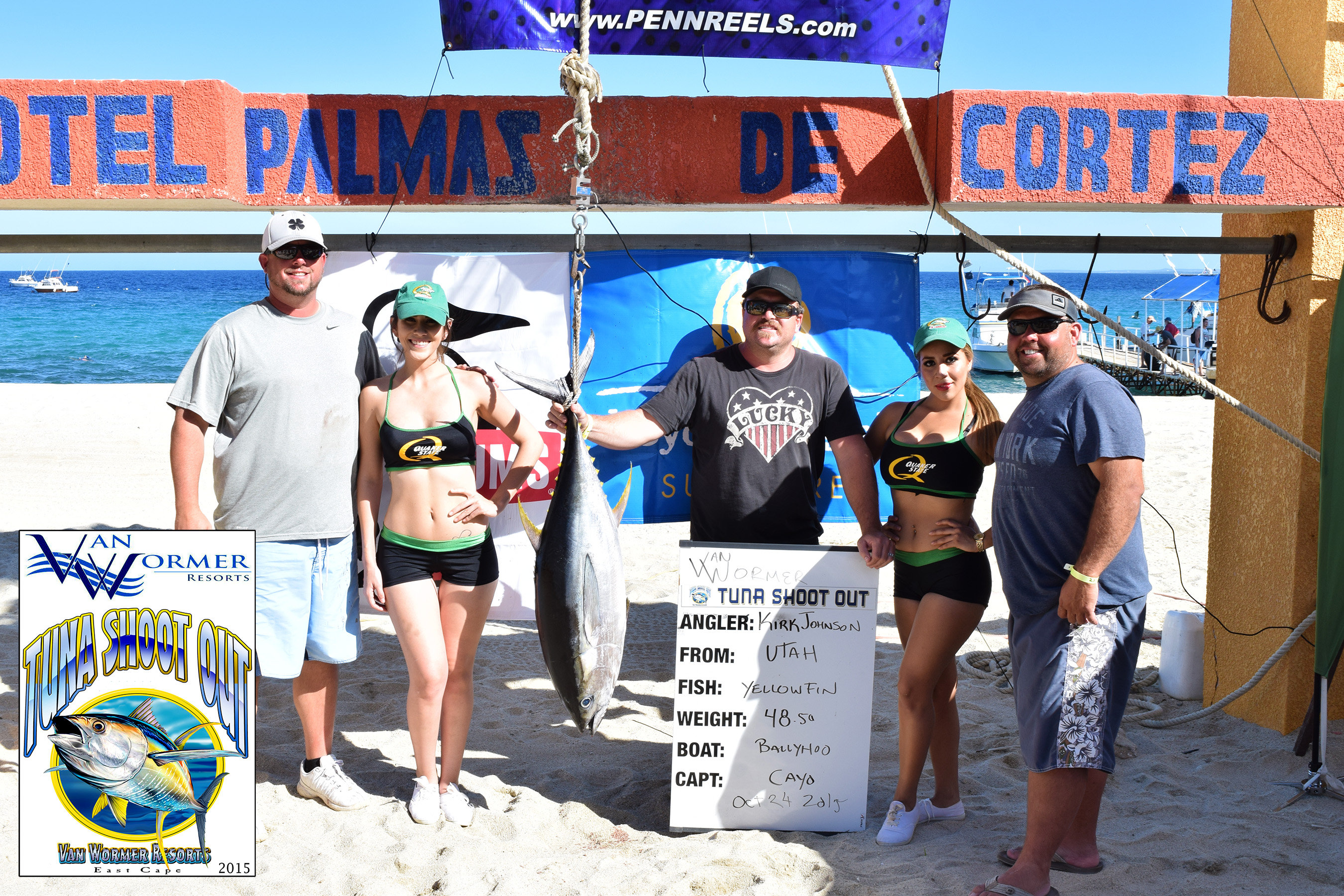 To view more pictures of the 2015 Tuna Shoot Out, please visit the Tuna Shoot Out page and click on Gallery.  https://vanwormerresorts.com/tournaments-page/63/tuna-shootout 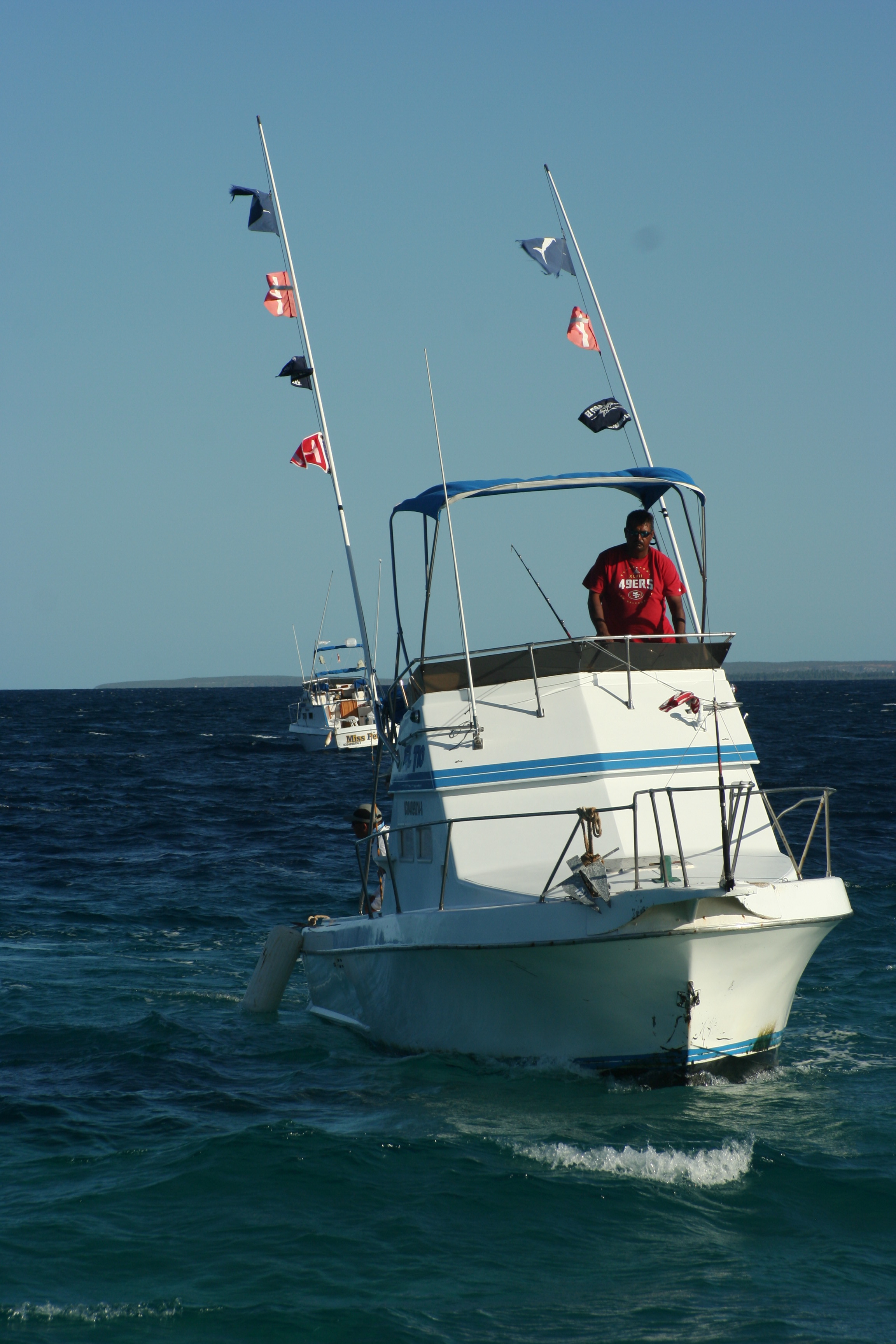 As this Cruiser returned on the first day (El Tio), it was obvious we were going to have a great trip.  2 Blue Marlin and 2 Stripe Marlin.  This was the first day For what turned out to be our Top Angler and Top Team. 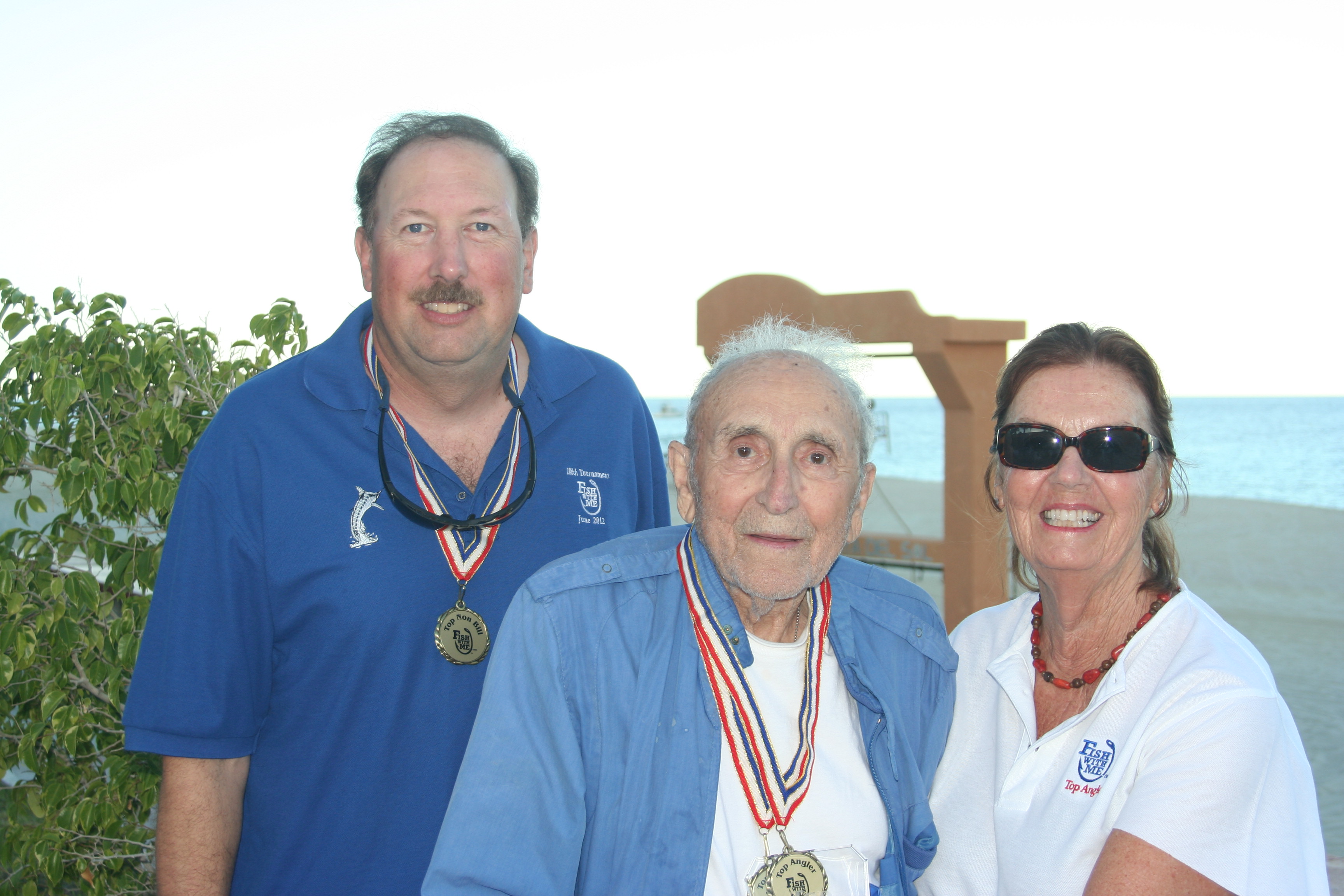 Roland Martines shown here with Karin Abbott Hall and Mike Totey was that Top Angler, adding another Stripe Marlin and a Sail Fish on Day 2.  Roland will be 92 in January and can put a fish to the boat in record time. 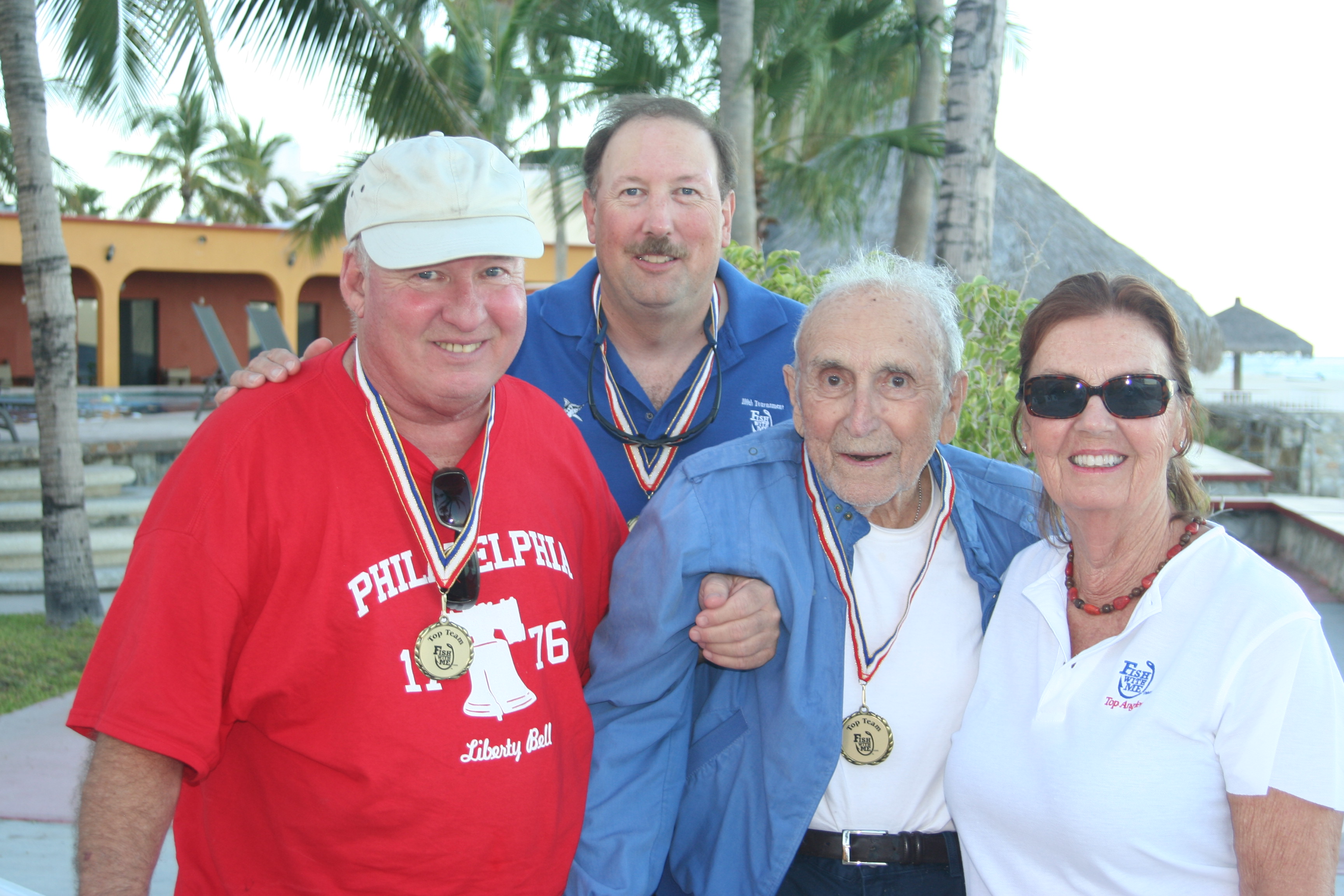 He was joined here by his partner Steve Spies as they accepted Top Team Honors.  They finished Third in the June, 106th trip where Roland caught the first of his three Blue Marlin for the year.
Roland scored 340 points as he tried for the free trip in 2016, supplied by the VanWormer hotels, but he fell 32 points short. 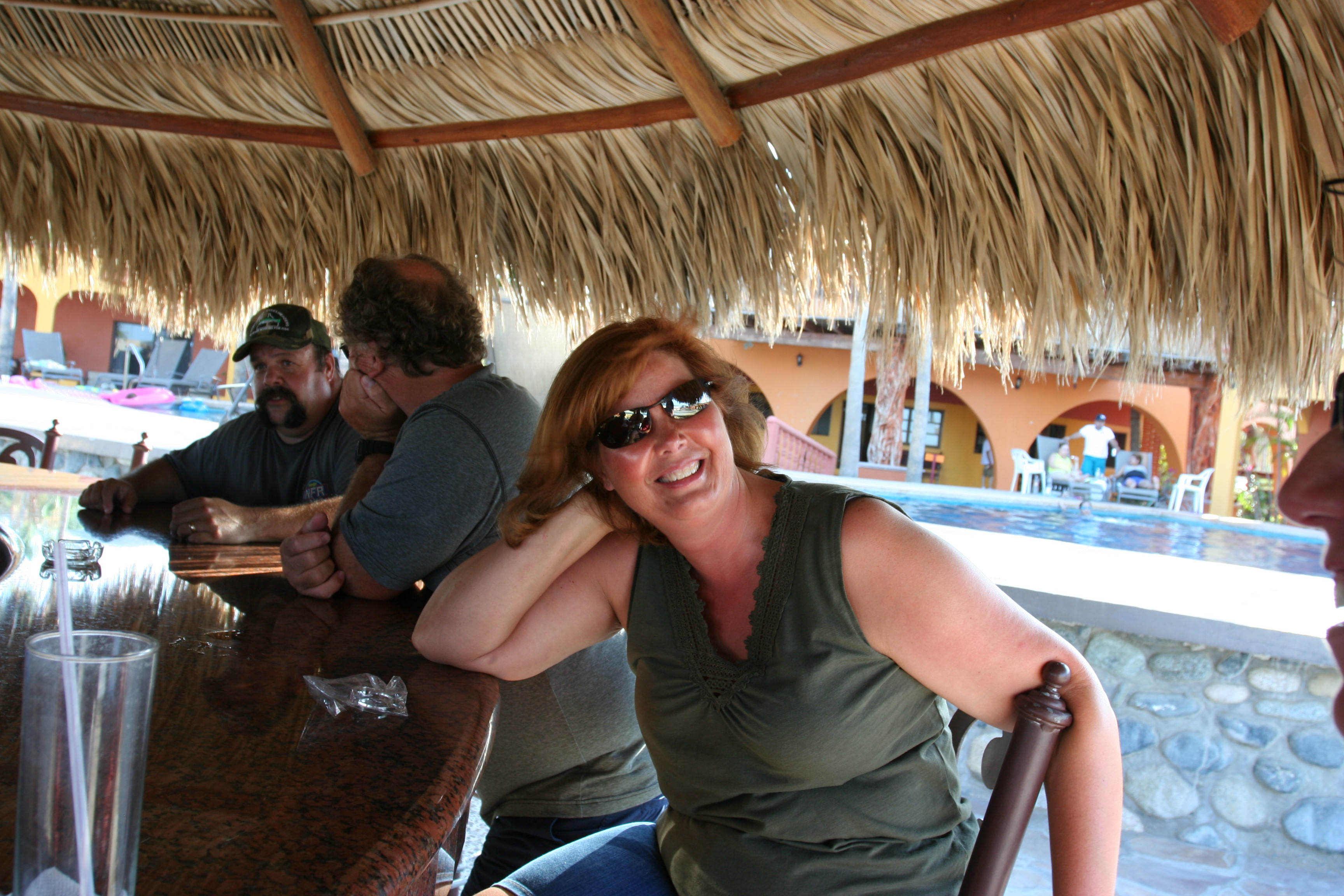 Melodie Eckland, Hillsboro, Oregon captured the free trip in June.
The release of Razor Back Turtles has become an annual event and we were able to assist in the release of 500 on Halloween eve, just before Dark. 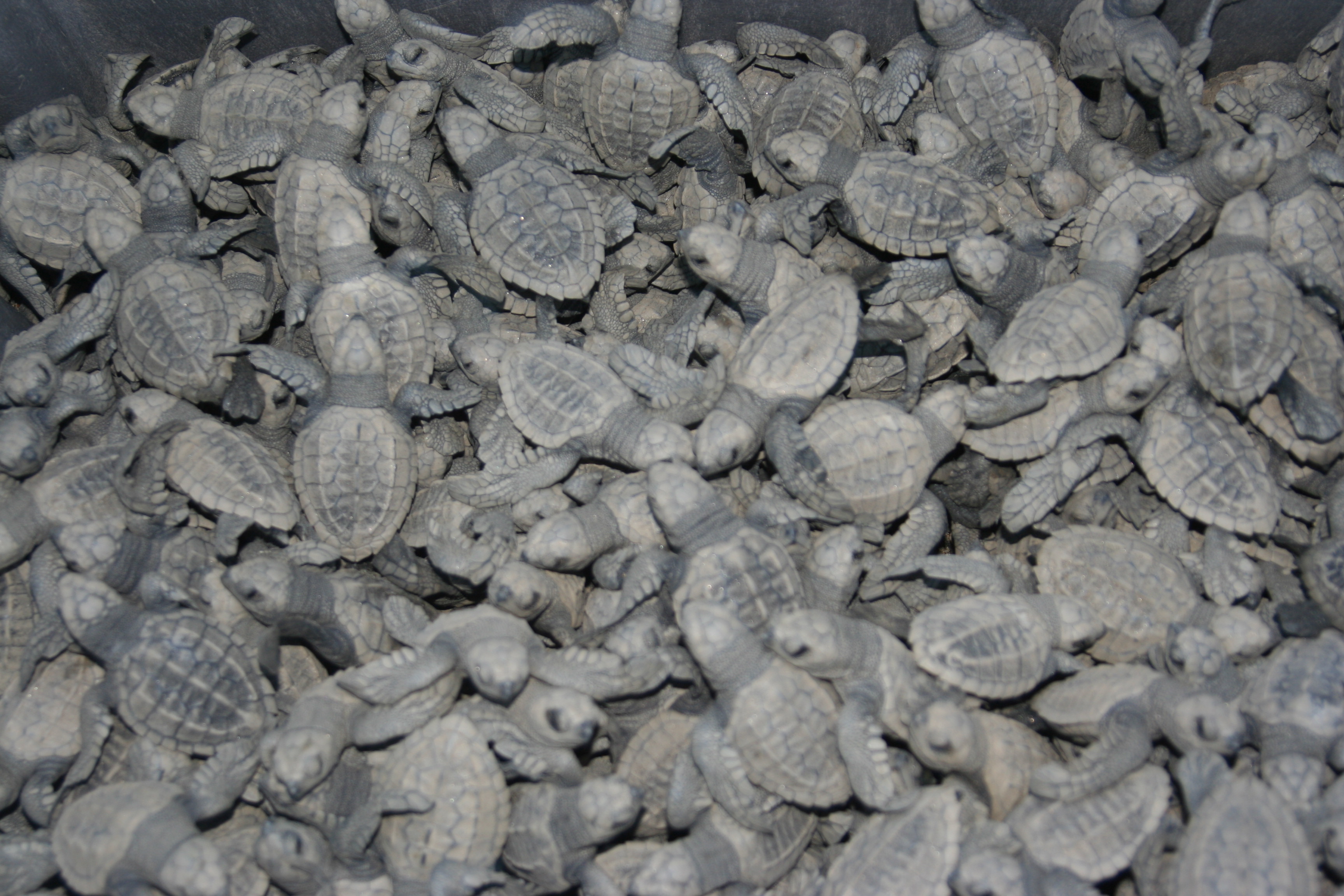 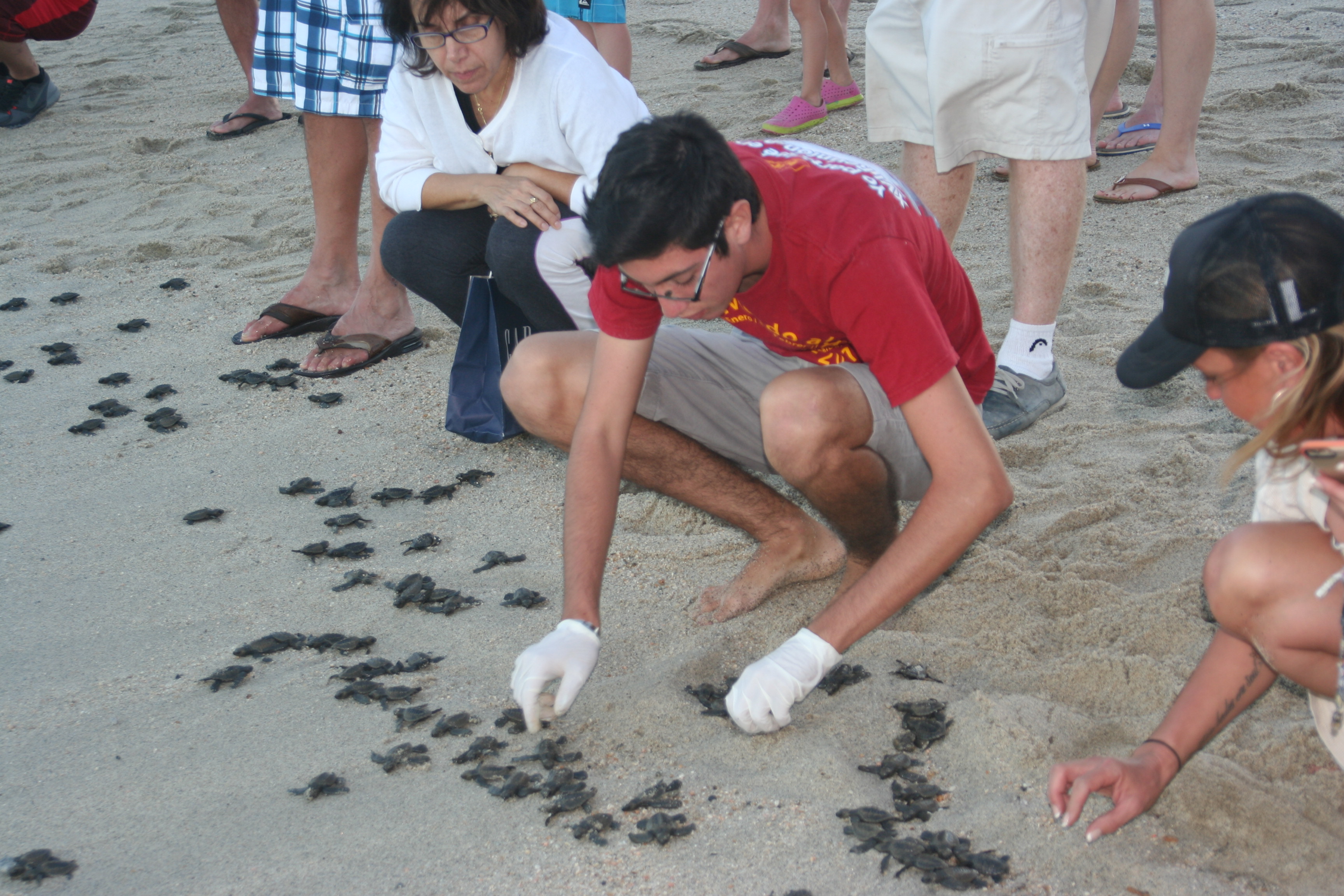 To close out the group/tournament season, the 10th Annual Salt Patrol tournament was held at Hotel Palmas De Cortez November 5-9.  There were 20 boats in this year's tournament which is scored on the most billfish caught and released.  Any billfished killed during the tournament was an automatic DQ.  You can also score points on dorado, tuna and wahoo, but the big points are on the billfish.
This year's winning team was Team Ballihoo with Crew Cayo and Ramon and team captain Dan Farber on board. 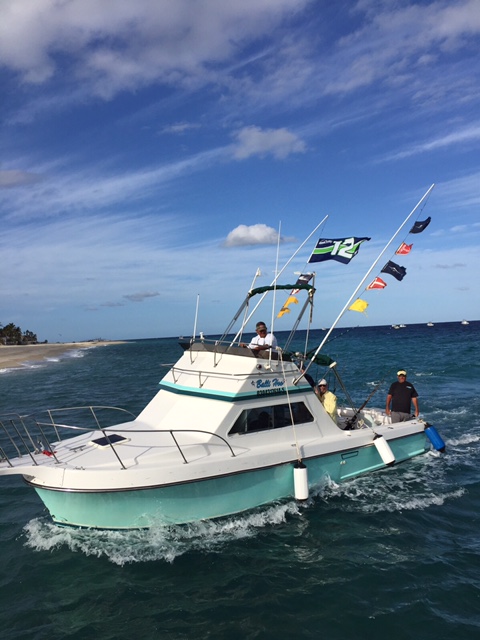 The winners of the 2015 Salt Patrol Marlin Tournament "The Naughty Monkeys"! 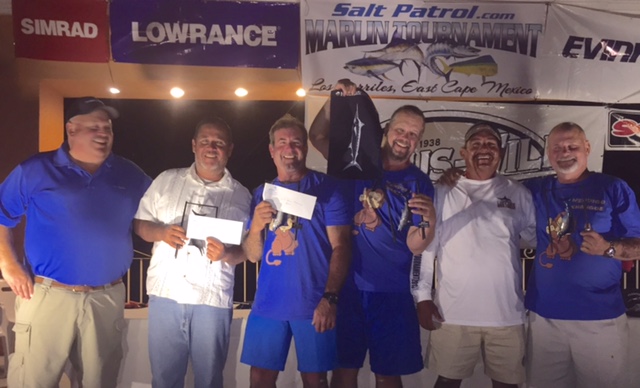 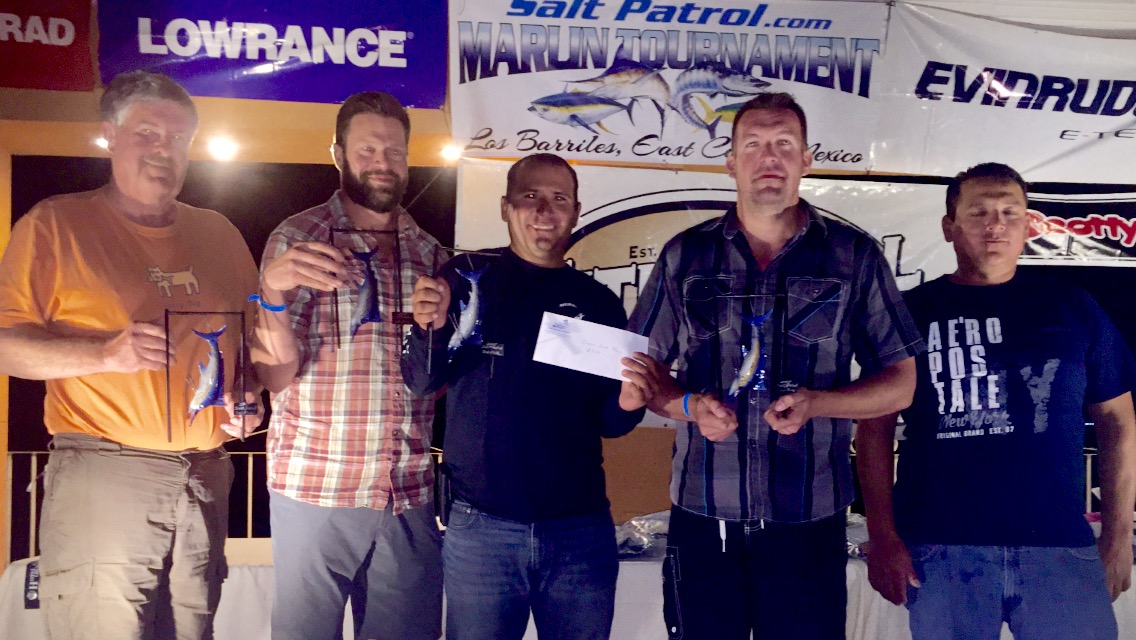 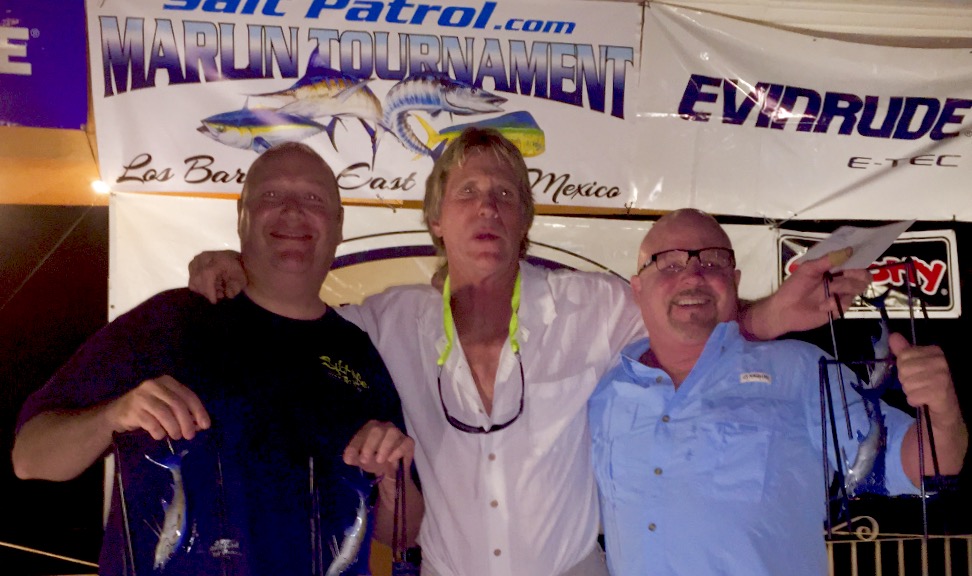 There was lots of fun had by all!  Along with the Marlin Tournament, the group had a bonfire night and two turtle releases in front of the hotel. 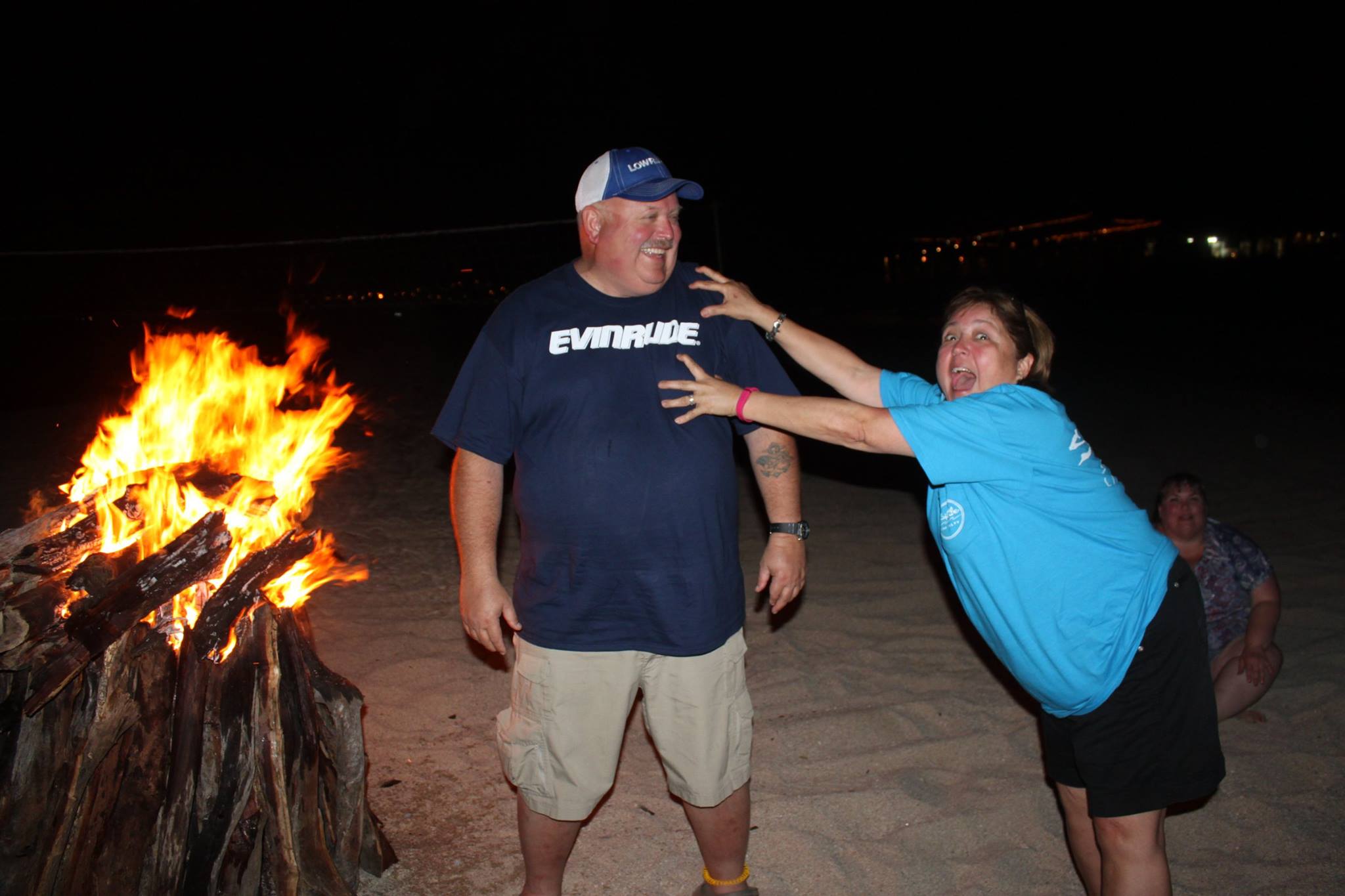 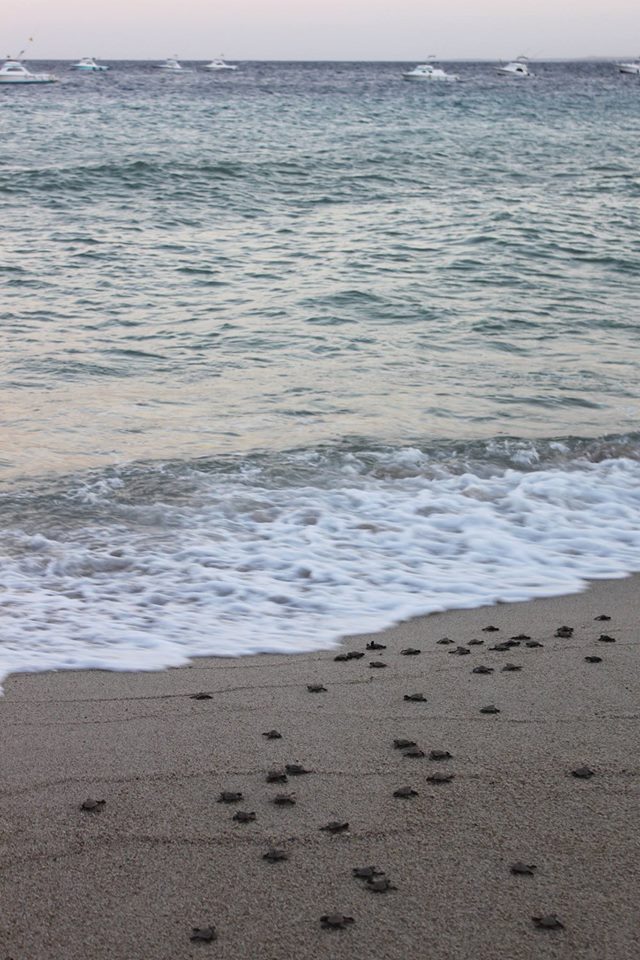 That's if for this season amigos!  It was a terrific year for the most part, El Niño considered and we hope to have an even better one next year.  I want to personally thank each and every one of you that came down to the East Cape and spent a little time with us at Van Wormer Resorts.  I hope to see many of you at the up coming sportsmen's shows and down here in Los Barriles soon.  Thank you!
Eddie Dalmau/Baja's Van Wormer Resorts